How To Safely Handle Tailgaters 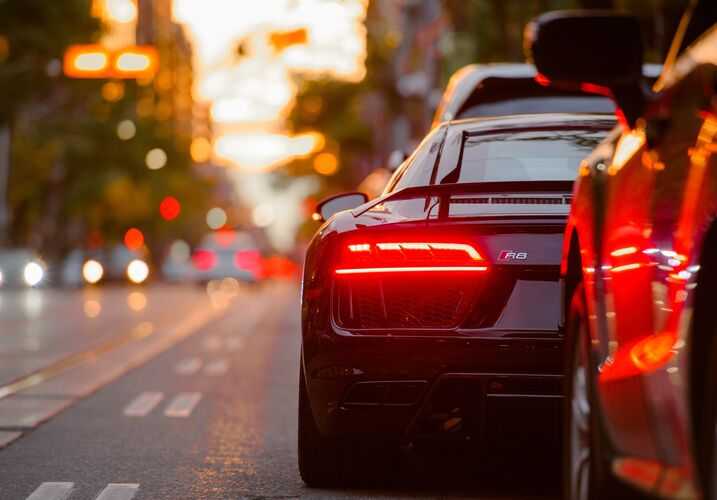 You’re driving down the street and glance into your rearview mirror to see someone driving so closely that you can’t tell what kind of car they are driving. It seems like they’re in a tremendous hurry. It doesn’t matter how fast you’re driving; they seem determined to run over you. Your throat tightens, and your heart starts pounding as anger, or fear, grasps you and you feel the adrenaline rising. We’ve all been there—victims of tailgating.

If you’re a sports fan, you may associate tailgating with the fun hang-out with food, drinks, and friends before, during, and after a game. However, for our purposes, we’re going to discuss tailgating as it applies to driving. Both Merriam Webster and Cambridge Dictionary agree that tailgating is following another car dangerously closely.

Tailgating is generally considered a form of aggressive driving (Teigen 2007). The National Highway Traffic Safety Administration (NHTSA 2008) defines “aggressive driving” as “an individual committing a combination of moving traffic offenses so as to endanger other persons or property.”  (1) In our introductory example, the driver certainly seemed unconcerned with the safety of themselves or others.

What Do You Do About Tailgating?

Some drivers react in anger when someone is tailgating them. They even go so far as to “brake check” the other driver, suddenly slamming on the brakes in an attempt to teach the tailgater a lesson. All this does is cause more rage, and potentially an accident that injures themselves or others. This could lead to the need for an Atlanta car accident lawyer.

If you want to avoid the need for a car accident lawyer Atlanta, these tips might help you deal with a tailgater.

Tailgating isn’t always about someone purposely being aggressive. When it is, it’s best not to antagonize the other driver. The ultimate goal is for you to safely get to your destination without an accident. Should you get rear-ended in this situation, a car accident lawyer Atlanta might be able to help you navigate the aftermath of that occurrence.

Some tailgaters are aggressive drivers who are in a tremendous hurry to get to their destination. Sometimes they’ve been driving this way so long that it has become habitual. Aggressive driving is but one aspect of the larger set of problems related to impaired, dangerous, and irresponsible vehicle use. (2)

Other things can cause tailgating to occur. Distracted driving can lead to someone tailgating before they realize it. You may have experienced this yourself. You look down for a split second to adjust the volume on the radio, and when you look at the road again you’ve gotten too close to the car ahead of you.

Here are some ways to avoid becoming that most disliked of drivers, the tailgater.

One kind of tailgating is a fun pastime shared by sports enthusiasts. The other is a not-so-fun form of aggression on the roadways. Tailgating while driving can lead to dangerous situations that can lead to vehicular damage, injuries, or worse. If you’ve been a victim of a tailgating accident, contact an Atlanta car accident lawyer at Morgan & Morgan to discuss your situation.

1. If I hire a car accident lawyer Atlanta what is the first step in the process after the initial consultation?

At Morgan & Morgan, the first step after you hire one of our attorneys is the gathering of documentation. You’ll need to permit your attorney the release of medical records, medical billing statements, and insurance policy information, so they can study it to familiarize themselves with the details of your injuries and expected benefits.

2. I was involved in an accident where I was rear-ended by a tailgater. Who is at fault?

Typically speaking, an accident in which someone rear-ends someone else is deemed the fault of the person following. However, there might be extenuating circumstances, so it’s best to speak with an Atlanta car accident lawyer to have your questions answered more thoroughly.

3. Will my tailgating case automatically go to court?

Not automatically, no. First your car accident lawyer Atlanta will attempt to negotiate a favorable settlement outside of court. This is often beneficial to both parties as it can settle the case quicker. However, if the other parties involved aren’t interested in negotiation, your lawyer will be fully prepared to go to court and fight for you.