How Do Helicopter Crashes Happen? 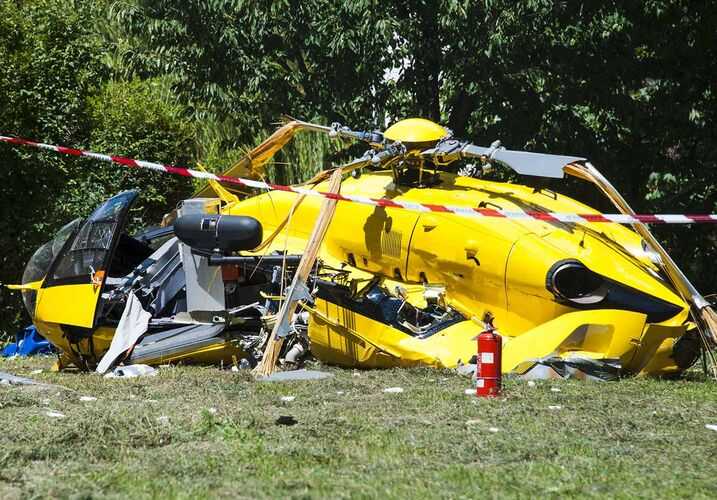 If you are afraid to ride in a helicopter, you’re not alone, and your fear is justified. According to the U.S. Helicopter Safety Team (USHST), the rate of fatal helicopter crashes in the U.S. actually climbed significantly between 2016 and 2018, before dipping a bit in 2019. There were at least 51 helicopter fatalities in 2019, and 55 in 2018. In each of those years, there were more than 120 helicopter accidents. On average, that’s one every three days.

But how do these crashes happen? Like plane crashes (which occur less frequently) or car crashes (which are more common), a chopper accident can occur for a variety of reasons.

In many cases, a helicopter crash occurs as a result of pilot or operator error. Maybe the pilot was inexperienced, inebriated, or hadn’t slept. Maybe they felt fine but just made a crucial mistake. Regardless, these are some of the errors that can lead to a crash:

Of course, the responsibility for a safe flight does not only fall on the pilot’s shoulders. Air traffic controllers, who convey weather conditions and air traffic to pilots, play a vital role in ensuring a smooth journey. A helicopter pilot might do everything right, but if their air traffic controller makes one of the following mistakes, the flight could still end in tragedy:

You may have noticed a repetitive bullet in the above sections: hazardous weather conditions. It’s no secret that heavy wind, fog, rain, sleet, snow, or lightning can doom a flight before it even takes off. In a perfect world, no aircraft would ever fly in dangerous weather. Unfortunately, whether it’s pilot error, air traffic controller error, or an unforeseen tantrum by Mother Nature, helicopters and planes do enter inclement weather, sometimes with disastrous results.

Of course, even if the pilot and air traffic controller perform flawlessly, and the weather is clear, a helicopter can still crash if its equipment fails. Here are some issues that can cause a chopper to malfunction:

If you or a loved one suffered injuries in a helicopter crash, and you feel that another party’s negligence caused or contributed to the crash, you might be able to hold them accountable through a lawsuit.

Contact us for a free, no-obligation case review to see if you are owed compensation. Hiring us costs nothing upfront, and it’s 100% free unless you win.