Seat Belt Use Up in FL, But Some Young People Still Won't Click It: 5 Facts to Change That 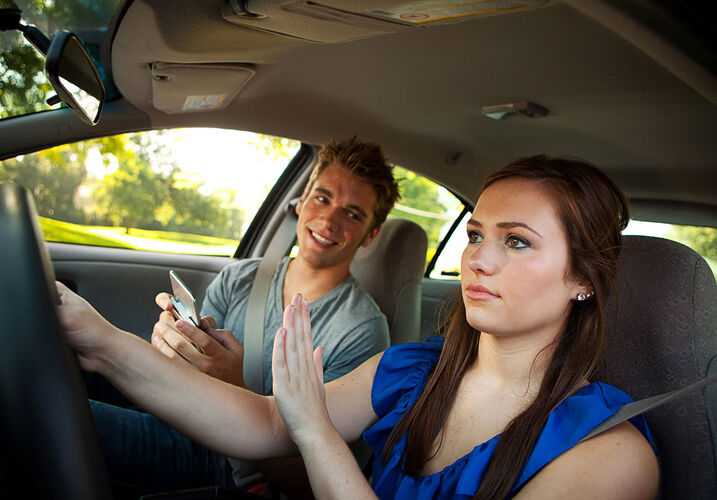 Seat belt safety is on everyone’s mind in Polk County this week, and although seat belt usage is better than ever in 2016, we all know someone who stubbornly refuses to “click it.” The humble seat belt has saved an estimated 300,000 lives since 1975 in the United States alone, according to the National Highway Traffic Safety Administration, and is considered to be one of the most effective car safety features invented. So why do some people still place themselves in unnecessary harm by not using their seat belt?

From claiming discomfort to defiantly opposing the laws requiring their use, there are many excuses people give for not buckling up. But, if you’re trying to convince a friend or family member about the life-saving benefits of using a seat belt — particularly if they're in a high-risk group, like young people — here are a few hard facts about seat belts that may just change their mind:

More Than Half of Crash Fatalities Involved Unrestrained Passengers

Seat belts have saved so many lives, and many more deaths could have been prevented if more people had opted to buckle up.

In fact, more than half of teen and adult drivers who died in car crashes in 2014 were unrestrained at the time of the crash, according to the NHTSA.

Since a total of 21,022 passenger vehicle occupants died in car crashes in 2014, that adds up to over 10,000 lives that could potentially have been saved, if only they had worn their seat belt.

Without Your Seat Belt, You’re More Likely to Be Thrown From Your Vehicle

One of the most dangerous things that can occur during a car accident is being ejected from your vehicle by the force of the collision — more than 75 percent of people who are ejected from their vehicle during a fatal crash die from their injuries, according to the Centers for Disease Control and Prevention. Seat belts are instrumental in mitigating these kind of vehicle ejections by keeping the passenger securely strapped to their seat. Simply put, those who don’t wear a seat belt are 30 times more likely to be ejected from their vehicle during a crash.

In Florida, It’s the Law for Front Seat Passengers and Those Under 18

Although most people know that the driver of a vehicle is required by law to wear their seat belt, the laws surrounding passengers are a little fuzzier to many. However, our state’s law clearly states that all front seat passengers must wear a seat belt, meaning both the operator of the vehicle and their right side passenger. In addition, all passengers under 18, whether they are in the front or the back of the vehicle, must legally wear their seat belt as well.

In our state, seat belt use has skyrocketed in the past decade, reaching 89.6 percent according to a June 2016 report by the Florida Department of Transportation. Many agencies attribute this to the shift in Florida’s laws to make seat belt enforcement a primary offense in 2009, meaning a police officer can pull over a person and issue a citation on the basis of not wearing a seat belt.

Some people have opposed the increased enforcement of seat belt usage. But the trend of unrestrained occupant fatalities has been on decline in Florida since the introduction of the new law, according to the FDOT’s 2015 Highway Safety Plan, and is expected to continue declining as the seat belt usage rate increases.

National Unrestrained Vehicle Occupant Fatalities at an All Time Low

There appears to be a correlation between the number of unrestrained vehicle occupant fatalities and the rate of seat belt usage on a national level as well, according to studies by the National Highway Traffic Safety Administration. In 2014, when national seat belt usage reached an all time high of 86.7 percent, the fatality rate decreased to 40.3 percent. This is compared to a 51.6 percent rate of fatality when seat belt usage was only 70.7 percent in 2000.

Although a seat belt is key in reducing the likelihood of death and injury during a car crash, it’s still possible to be seriously harmed in an accident due to the negligent actions of another driver. If you or someone you love has been harmed recently in a car accident, despite taking all of the right safety precautions, we may be able to help.

Read more to learn how our attorneys in Lakeland can work with you to gain compensation for your medical bills, pain and suffering, and more. If you are prepared to pursue a claim, fill out our free, no-risk case evaluation form today.