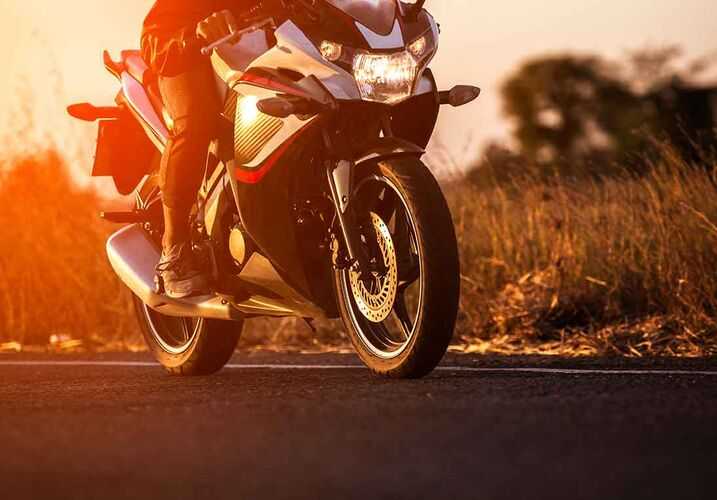 In Tennessee and elsewhere, automobiles are a major cause of motorcycle accidents. Even more importantly, though, is the fact that motorcycle accidents are more likely to result in serious injury or death — especially when the accident involves a crash between a bike and a motor vehicle.

During May, in celebration of Motorcycle Safety Awareness Month, the Tennessee Highway Safety Office is driving home the idea that cars should watch out for motorcycles, especially because of the 25 percent uptick in motorcycle fatalities so far this year compared to 2015.

Although there isn't hard data yet as to what has caused the uptick in deaths in the state, what federal agencies and transportation analysts have found generally is that more than 50 percent of accidents involving a motorcycle and another vehicle are fatal. In nearly 80 percent of those accidents, the automobile actually strikes the bike from the front.

Given the vulnerability of bikers on the road in the face of cars, trucks, and other motor vehicles, and in light of this month of awareness for the safety of two-wheeled riders, here are some ways that drivers can look out for motorcyclists on shared roadways.

Lane-sharing, also known as lane-splitting, happens when a motorcyclist rides on the dividing line of two parallel lanes, rather than inside the lane itself. Last year, a bill to allow lane splitting in Tennessee failed to receive sponsorship by the state senate, even after receiving support by the American Motorcyclist Association. In general, lane-splitting is presumed to be more dangerous to both riders and drivers.

A May 2015 report published by the University of California at Berkeley concluded that lane-splitting, contrary to popular belief, may be safer for riders of motorcycles because they may be less likely to be struck from behind by other motorists. However, other research has shown that motorcycle riders who split lanes are more likely to rear-end drivers.

If you are a car or truck driver, keep an eye out for motorcyclists who are riding between cars. If possible, transfer to another lane that does not follow the path in which the motorcyclist is traveling.

Watch Before Making a Left Turn

Forty-two percent of the time, car accidents involving motorcycles occur when a car makes a left-hand turn in the path on an oncoming motorcyclist, according to the National Highway Transportation Safety Administration. This is especially harmful because this type of collision causes the motorcycle to be hit from the front, potentially inflicting bodily harm onto the rider. For drivers of larger vehicles such as vans and trucks, left turns should be made sparingly and after careful inspection of the adjacent lane via rearview and side mirrors.

When it comes to left-hand turning, proper signaling is one of the most pertinent rules that drivers should follow. In general, proper signaling should always be adhered to while a driver is on the road. Drivers and riders alike should be aware that signaling in and of itself does not give a driver the right of way advantage.

If the electrical-signal mechanism in your car is broken, Tennessee law allows for hand signaling. If you have questions regarding electrical or manual signaling, the Tennessee Comprehensive Driver License Manual answers these questions in depth, in addition to providing diagrams of proper hand signals to be used by drivers.

While this may be a no-brainer for some, instances of drunk driving and riding are on the rise in Tennessee. The state ranked 12th{: target="_blank"} in the number of DUI arrests in 2013, according to the latest available statistical analysis by Project Know.

When driving on the road, it is important to be aware of other drivers, especially motorcycle riders who are traveling without the protection of a vehicular exterior. Drinking while driving impairs the ability to assess your surroundings accurately, putting drivers, riders, and even pedestrians at great risk. Additionally, drinking while intoxicated is illegal and carries stiff sentences ranging from fines and license suspension to imprisonment.