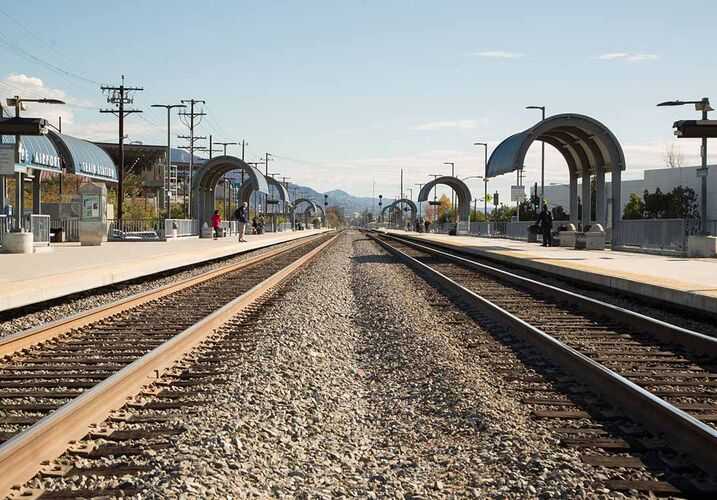 An Amtrak train derailed southwest of Philadelphia Sunday morning, killing two employees and injuring dozens of passengers after hitting a railroad backhoe parked on the tracks. The accident, the second fatal crash along that line in a year, raises concerns about track safety along one of the nation’s busiest train routes.

This Amtrak accident is the second major accident in this corridor for the federally supported rail system in less than a year and a half. In spring of 2015, an Amtrak train derailed en route from New York to Savannah, injuring 164 and killing eight out of 253 passengers onboard, according to local news reports.

Track safety has been a major concern in recent years. Although major non-profit group Operation Lifesaver has been advocating for more safety on train tracks since 1972, the federal government lagged behind issuing expansive track safety legislation for several years. In response to a slew of fatal accidents that occurred between 2002 and 2008, Congress passed the Rail Safety Improvement Act in 2008. These new regulations govern everything from track inspection standards to hours of service requirements for railroad workers to certifications for conductors.

Amtrak is the only passenger train company that services the United States at large. The company has received subsidies from the federal government over the years to stave off bankruptcy, and in 1997, Congress enacted a $200 million per-accident cap on payouts that would go to victims in the event of accident litigation.

Although Amtrak operates passenger trains across the United States, it does not typically own the rail infrastructure on which its trains run. As with many companies that operate fleets, it contracts rather than owns many of its support vehicles, such as maintenance vehicles that perform track work.

For these reasons, litigation against Amtrak is not as straightforward as one may think. The Northeast Corridor rail line, on which Sunday's accident occurred, is owned by private rail companies. All in all, about 70% of the tracks that Amtrak utilizes for its passenger cars are independently owned and operated by private rail companies, according to industry organization Association of American Railroads. The majority of business for these railways comes from companies that operate freight trains and are unaffected by the $200 million federal cap.

Which organization is liable in Sunday’s crash? As a passenger, it is probable that Amtrak would be the initial defendant named in a claim. In the 2015 crash, Amtrak admitted fault for that accident, because the derailment was caused by a train operating at twice the legal speed limit, allowing litigation for compensatory damages by plaintiffs.

However, in the case of Sunday’s accident, the owner of the railway on which the train was operating and the owner of outside vehicles or contracted labor related to the derailment may also be additionally named, given their involvement in the accident.

The Department of Transportation and the National Transportation Safety Board will be conducting an expansive investigation into this latest accident, according to news reports.

If you were injured in Sunday’s derailment or in another train accident, contact our attorneys at Morgan & Morgan for a free, no-obligation review of your case. Our Philadelphia attorneys are here to help you navigate train accident litigation.