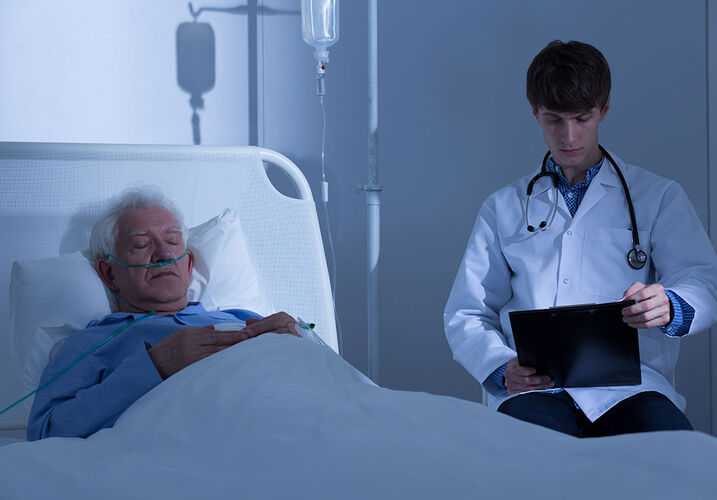 June is National Safety Month, and for its second week, the National Safety Council, which promotes the event, has highlighted various health issues facing Americans. One of the issues the NSC is highlighting for week two is the adverse health risks associated with shift work – doctors, nurses, police officers, and truck drivers all work outside the traditional 9-5 shift.

Shift work is vitally important, with some shift workers doing some of the most important jobs. However, the hours that shift workers keep hurts their health, and ability to do their job effectively.

How Does Shift Work Disrupt the Circadian Rhythm?

The main cause of health problems associated with shift comes from a disruption in the circadian rhythm. This internal clock sends signals to different parts of the body, affecting things like digestion, the release of hormones, and body temperature, and according to the National Sleep Foundation, much much more. In regulating all these physiological processes, the circadian rhythm tells the body when to feel alert and when it’s time for a nap.

The circadian rhythm is disrupted because shift workers usually work at night when they should be sleeping. While shift workers are on the job, their internal clock is telling them to slow down in order to rest – even though they’re in the part of the day when they need to be most alert.

The opposite is true when a shift worker tries to go to sleep. While most Americans are going to work, shift workers are trying to go to sleep even though their circadian rhythm thinks it’s time to be alert. This can make it perpetually difficult to get a restful sleep, leading to chronic sleepiness and fatigue.

A worker’s circadian rhythm can be realigned similar to traveling across time zones and experiencing jet lag. As long as the schedule stays consistent the body will realign, but the problem with shift work is that it can rotate, making it difficult to get the body into a routine that it recognizes. If this disruption continues long enough, a shift worker could develop Shift Work Disorder.

Shift Work Disorder shows up through sleepiness when a person needs to be alert, and insomnia when they needs to be sleeping. If a person with Shift Work Disorder does manage to fall asleep, it will likely be unsatisfying. Continually getting no or unsatisfying sleep will eventually lead to difficulty concentrating, a lack of energy, increased irritability, and difficulty with personal relationships while the person is awake.

The impacts of these side effects can be severe. If a shift worker is a truck driver, police officer, or doctor they have significant responsibilities that require prolonged concentration and quick decision making. Not being in the proper mindset to do that increases the likelihood of a workplace accident, which could affect more than just one sleep deprived worker.

Aside from Shift Work Disorder, workers have also been found to run a higher risk for a other, serious health problems. A recent study published in the American Heart Association’s journal Hypertension found that sleep restriction and circadian misalignment in healthy young adults increased their risk of cardiovascular disease.

Another study, conducted at Texas A&M University, found that shift workers are at an increased risk of having a more severe stroke if they have a stroke than those who don’t do shift work. This showed researchers that a misaligned circadian rhythm could be detrimental to the health of shift workers. However, they were quick to point out that more research into the relationship between the brain and circadian rhythm must be done to know for sure.

What Can I do to Avoid the Negative Health Effects of Shift Work?

Unfortunately, there is no secret remedy to avoiding the adverse health effects associated with shift work. The circadian rhythm of a person’s body is regulated by their schedule and if that remains unpredictable so will their circadian rhythm. However, there are still actions a shift worker can take to give them the best opportunity for a full session of restful sleep.

The Centers for Disease Control recommends that you first and foremost set aside a sufficient amount of time to sleep in a place that is dark, quiet, and cool once your shift is over. The CDC also recommends avoiding heavy foods, alcohol, and caffeine a few hours before you go to sleep to eliminate stimulants that can make it difficult to fall asleep. Finally, the CDC says that having a consistent exercise routine helps with managing stress, and will promote a healthier lifestyle that can improve sleep.

Following these steps should make it easier to cope with the rigors of shift work, and avoid the adverse health effects that come with it. If after making adjustments to your sleeping routine and you are still unable to sleep, you may want to seek assistance from an appropriate healthcare provider.