5 Most Popular Driving Jobs in Atlanta 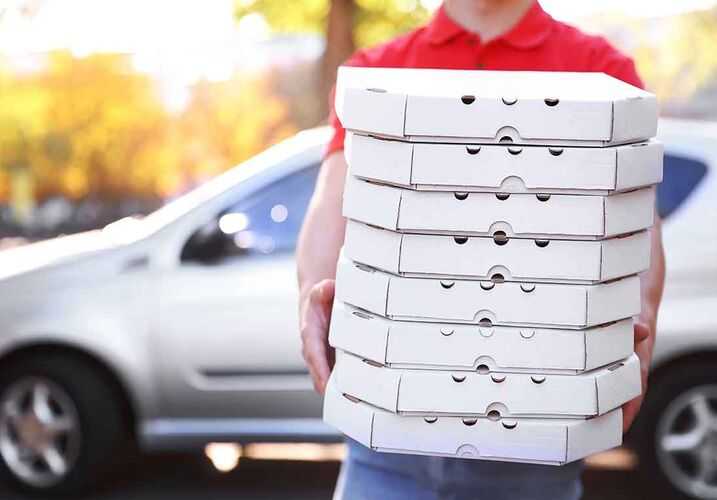 Atlanta is a shining beacon of economic growth in the South, but with that status comes miles of urban sprawl. As a result, heavy traffic and long commutes have created a booming industry for delivery and transportation workers, who move packages, food, and even people throughout the metro area.

This urban sprawl also makes these delivery jobs risky, as drivers face some of America’s most dangerous roadways in Atlanta and other tough conditions. Here is a look at some of Atlanta’s top delivery jobs, their risks, and the standards that candidates must meet to be hired for them:

Although taxis have always been in high demand in the city, Atlanta is seeing more novice and part-time drivers than ever, partly due to the surge in popularity of on-demand, app-hailed car services, putting drivers, their passengers, and pedestrians at greater risk.

A taxi driver’s job itself is physically demanding, as taxi drivers must work unusual and late hours, lift heavy luggage, work against high competition, and deal with potentially dangerous customers. This risk is increased for app-based drivers, as they are classified as independent contractors, and are not entitled to workers’ compensation if they are injured on the job, according to Forbes.

Job Requirements: According to the DMV, both ride-sharing workers and taxi drivers in Georgia have to pass a criminal background check, have a clean driving record, and acquire a taxi license. Further security requirements, such as fingerprinting, are required in Atlanta. This job does not require a commercial driver’s license.

Delivering mail is another popular job, as companies like UPS, FedEx, and the U.S. Postal Service ship packages worldwide, but it’s also one of the most stressful occupations. Delivery work can be very physically taxing and much like the popular quote associated with the USPS describes, “Neither snow nor rain nor dark of night,” delivery workers must work in all types of weather conditions. These conditions are especially dangerous on the road, and drivers for package delivery companies face the risk of collisions due to inclement weather.

Job Requirements: USPS workers are required to have a high school diploma, a safe driving record, recent employment history, pass a mandatory drug test, and have a commercial driver’s license if operating a delivery truck. Other delivery companies generally require their workers to be able to lift a certain amount of weight, usually 50 lbs, while doing delivery rounds.

Atlanta has its fair share of public transit and school bus needs, so bus drivers are in demand and the number of bus driver jobs are projected to grow by 6 percent until 2024. Bus driving is also a stressful job both physically and emotionally, as drivers face ergonomic problems, difficult work schedules, and potentially violent customers.

Job Requirements: Drivers are required to have a clean record, a few year’s experience driving, and a commercial delivery license.

Container delivery drivers operate semi-trucks to deliver products in bulk. CDL drivers are needed throughout the country, making it a very popular industry in Atlanta and beyond. Truck driving can be risky, and workers are at risk of car collisions that can leave them with permanent injuries. Truck drivers are among six types of workers – police officers and sheriffs, nursing assistants, firefighters, construction laborers, and jailers – most at risk of being injured on the job, according to the Bureau of Labor Statistics.

Job Requirements: CDL drivers must be physically fit and able to unload and load large objects or large quantities of goods. This job requires a high school diploma and a commercial driver’s license.

Food delivery is a popular job for young people and often includes pizza, sandwich, and other delivery jobs. According to the U.S. Bureau of Labor Statistics, driver and sales worker jobs are growing at a steady rate between 2010 and 2020. However, as recently as 2015, Bloomberg rated pizza delivery among the top 10 most dangerous jobs in America.

In addition to the risk of being injury, food delivery workers can put others on the road at risk of death if they are inexperienced. A recent example of this is the case of Glenda Williams, who suffered severe brain damage after being hit by a Papa John’s delivery driver in March. Williams’ injuries were life-changing, including regular nausea, dizziness, irritability, headaches, and anxiety. Our attorneys of Morgan & Morgan scored a major victory and secured an $11 million jury award for Williams, allowing her to get the treatment she needs for her injuries.

Job Requirements: Food delivery work has some of the lowest job requirements of the delivery industry, with many simply requiring the worker to have a valid driver’s license and a positive attitude. Many franchises only require an “acceptable” motor vehicle record, meaning they can hire workers who have committed some type of road violation. Some franchises allow workers to be under 18. This job does not require a commercial driver’s license.

Have you been injured in a car accident caused by a delivery worker on the job? If so, you can seek help like Glenda Williams in her case against a delivery driver that struck her car. Read more about Morgan & Morgan’s car accident attorneys and how we can help today, or contact us for a free, no-risk case evaluation.