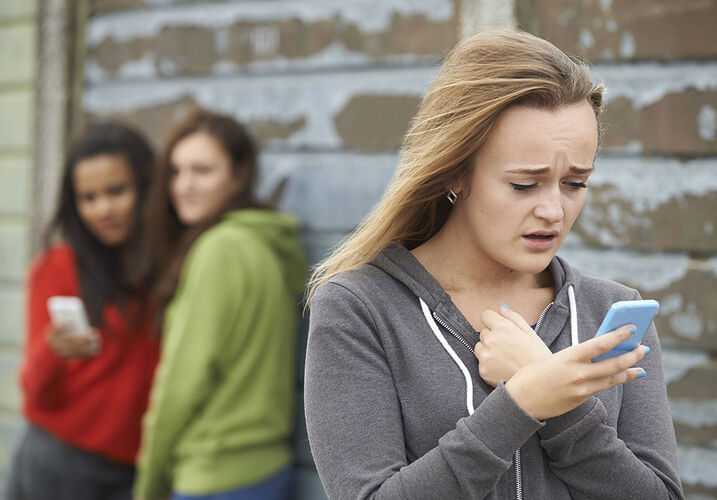 As bullying has become more and more prevalent online, parents need to be extra vigilant about how their kids spend time in cyberspace. The problem is technology moves so quickly that it can be tough to keep track of new platforms where bullying could arise.

As we celebrate National Bullying Prevention Month, let’s take a look at three things all parents should know about cyberbullying.

1. Social Media Is a Schoolyard

Children who are bullies can find social media and chat apps to be prime avenues to pick on other children. This is because there is a lack of supervision and no clear authority, whereas with traditional bullying there are at least teachers or other adults around to regulate matters.

A few examples of cyberbullying parents see in 2016 include the posting of embarrassing pictures and videos, the creation of fake profiles, atrociously mean text messages or emails, or even the posting of cruel rumors on social media.

Up until recently, Facebook, ASKfm and chat app Kik were the most popular social media for cyberbullying, according to a CNN report. In 2013, a series of suicides by teens was linked to ASKfm, which is where users can anonymously ask each other questions. Teens were being subjected to abuse on the site, which spurred ASKfm to launch new safety features, according to reports.

New social media app Ogle has been raising alarms with its recent cyberbullying cases across the country, according to a report in the Midland, Texas-based Reporter-Telegram. The app allows students to place comments, pictures and videos on feeds for specific high school and college campuses.

In Midland, several students were bullied relentlessly on the app with threats against them at Midland High School. A concerned parent notified the school district and school technicians began to monitor the app, according to the Reporter-Telegram.

Parents could help to prevent social-media bullying by asking their children to show them their profile pages and by learning how to use social media with more proficiency. Go ahead and “friend” or “follow” your child, and try to keep an eye on what they’re doing to ensure they’re safe.

Parents might also want to get information on parental controls for these websites to help block any form of bullying, according to National PTA.

2. Chat Apps Can Be Harmful

Chatrooms have evolved over the past 10 years from being solely computer-based to apps on mobile phones and tablets. There are a handful of chat apps that are available for children to use, including Yik Yak, which allows users to post anonymous messages online to be seen by other users within a set radius. Yik Yak, which was has an age restriction of 17 years old and older, is quite popular with high school kids and has been a hot-bed for cyberbullying, according to a report on the Today Show.

In 2015, several students at Staples High School in Westport, Connecticut, were subject to harassment on Yik Yak in the form of sexual and homophobic remarks, according to New York Magazine. Several students stopped going to school or dreaded going back due to the abhorrent posts about them, the magazine said. Yik Yak took measures to ban 85 percent of the high school and middle schools who used the free app after several complaints.

To remedy this mess, parents could have their children delete any chat apps that they may already have. If parents don’t want to go that far, they could encourage their kids to tell them immediately if they or someone they know, is being cyberbullied on these app. Parents could talk to their kids about not sharing anything that could hurt or embarrass themselves or others.

3. Parents Can Fight Back

If a parent finds out that their child is being cyberbullied, what can they do? It turns out there are several different ways parents can report cyberbullying.The first step they should take is to keep a record of evidence to include, dates, times, and descriptions of when cyberbullying has occurred. They could also save and print screenshots of emails and text messages to report to web and cell phone service providers.

Parents could also report cyberbullying to social media sites so they can take action against users that are violating the sites terms of service, according to stopbullying.gov.

Parents should report cyberbullying to law enforcement officials when it involves threats of violence, recordings of a victim in a private area, or sexually explicit messages, the government recommends.

Cyberbullying has evolved over the past few years due to technological advances, but parents can stay aware of these new cyberbullying methods and help to prevent it from happening to their children.

We at Morgan & Morgan stand strongly against bullying, and have helped families deal with the terrible aftermath of bullying. For more information on what you can do to prevent cyberbullying, please visit stopbullying.gov.