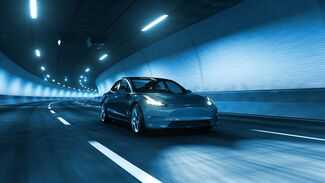 When Tesla first announced its Autopilot system, people were excited (more so than, say, when Tesla announced its Cybertruck). Who doesn’t love the idea of kicking back and relaxing while your car drives you around? You could catch a nap during your morning commute, or read a book in traffic on your way home for the holidays.

Unfortunately, cutting-edge technology does not always live up to our expectations. Tesla cars equipped with Autopilot have now been involved in several fatal accidents over the past few years, raising questions about the safety of Autopilot and the way Tesla markets it to drivers.

The Trouble With Autopilot

When you hear the word “Autopilot,” do you picture someone with their hands on or off their steering wheel? Most likely you envision this as a hands-off scenario, such as a pilot stepping away from the controls of a plane while the plane flies itself. So what is the difference between this connotation, its related marketing efforts, and the reality of Tesla’s Autopilot feature?

It seems there may be a large gulf between what Autopilot implies and what it actually does. Many Tesla drivers think that if they turn on the Autopilot, they can turn off their brains. This is a potentially deadly problem because this feature is not nearly as autonomous as Tesla and its dealers might suggest. Indeed, the gap between what Autopilot can do and what people think it can do has already allegedly contributed to several fatal accidents.

Though Teslas are still relatively rare on American roads, they have already been involved in several fatal accidents. All of the following incidents involved models with Autopilot:

If you or a loved one suffered injuries in an accident involving a Tesla vehicle that’s equipped with Autopilot, you could be owed compensation for medical bills, lost wages, pain and suffering, and other damages. To find out if you qualify for a case, contact the Tesla accident attorneys at Morgan & Morgan.

We have more than 560 trial-ready attorneys who won’t settle for anything less than full compensation for your injuries. As America’s largest personal injury law firm, we have the resources to take on a giant company like Tesla. To date, we’ve recovered over $9 billion for clients. Best of all, it costs nothing upfront to hire us, and we only get paid if you win.

To learn more, contact us for a free, no-obligation case review.