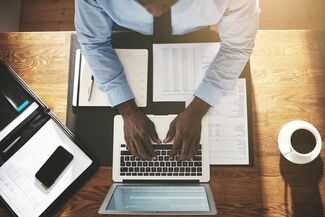 Morgan & Morgan handles all forms of labor and employment litigation, including those related to executive pay. Specifically, we may be able to help executives with litigation related to bonuses, severance agreements, wrongful termination, equity and stock, perquisites, and more.

Upper-level managers hold the greatest degree of responsibility within an organization. They are the leaders of a company, accountable for guiding lower-level employees in their day-to-day responsibilities and steering the entire organization towards long-term success.

Executives who hold these prestigious and high-stress roles are awarded robust pay packages, otherwise known as executive compensation. These executive compensation packages are a complex combination of pay and benefits that compensate the manager for not just their hard work and time, but for their leadership and vision as well.

However, the financial and non-monetary compensation an upper-level manager receives is increasingly being subjected to scrutiny among shareholders and regulatory agencies, and companies may not eagerly award the same caliber of executive pay packages as they did in the past.

Some important components of executive pay, include:

In addition to a base cash compensation, executives are generally awarded an array of both short-term and long-term bonuses to compensate I cafor the demands of their upper-management role.

Bonuses are an important consideration in any executive compensation package, as for some executives, bonuses make up a sizable portion of their total compensation. These bonuses may include:

Signing on with a new company is a risk for any executive. Severance agreements and exit packages help to ameliorate this risk by guaranteeing executives a gentle landing in the event their employment is terminated. That’s why these agreements and packages are most popularly known as the “golden parachute.”

However, the terms of these agreements can vary greatly in how and when the severance pay is paid out and when medical benefits are cut off, among other factors. In the case of an unsatisfactory severance agreement, or an exit package dispute, you may have legal recourse.

Most employment agreements define cause as conviction of a crime, such as felony of financial fraud, although some companies also include a violation of the company code of ethics or poor performance. Most executives are not involuntarily terminated with cause due to the high standards that need to be met.

These non-qualified plans are a robust option for long-term savings that can be accessed before retirement — unlike 401(k)s and similar ERISA-regulated plans, which levy heavy penalties for pre-retirement withdrawal.

Additionally, NQDC are a unique opportunity for tax-deferred growth, as executives do not have to pay taxes on their compensation until the deferral is paid out, so the income could accrue interests or dividends before it is vested.

Equity packages, typically in the form of the company stocks, is another major component of executive compensation.

Executive perquisites, or “perks,” are awarded to executives in recognition of the duties and responsibilities they hold above and beyond that of lower-level employees. These executive benefits can include anything from work from home privileges and a flexible schedule to drivers to and from work, a company vehicle, special parking, or even the use of the company’s private airplane for travel.

New rules have been passed in recent years requiring additional disclosure on perquisites, as there has been heightened scrutiny of such executive benefits. Therefore, it’s important to make sure your the executive perks that are part of compensation package comply with regulations and shareholder expectations.

There are a number of new regulatory laws that executives and employers alike must be cautious of when negotiating executive pay packages, including but not limited to: