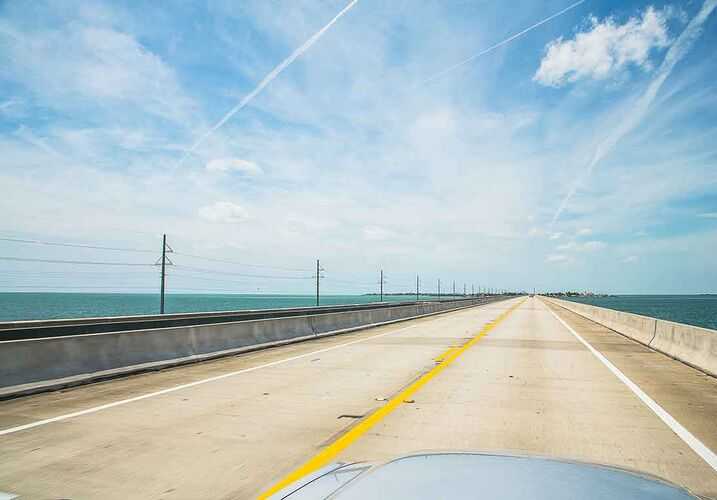 In a state that’s made up of massive bodies of water, bridges can be the connecting lifelines to Florida’s gorgeous coastal cities and islands. But some structures, like the aging Pensacola Bay Bridge, have fallen victim to nightmarish traffic and apparent obsolescence. A proposed replacement bridge is in the works, but will it be safer for drivers?

Based on numbers presented by the Pensacola News Journal, the area needs a new bridge. Police officials blame distracted driving for the 20 percent increase in car accidents across what locals call the “Three-mile Bridge.” And what with PNJ predicting an increase in daily traffic to 71,000 from its current 53,000, distracted driving accidents could also increase.

The project is one of the largest in the area’s history, estimated to cost $460 million, almost the entirety of Florida’s 2016-2017 bridge budget. It calls for a new six-lane structure that will better connect thousands of vehicles crossing the bay to surrounding communities.

Gridlock and accidents are a daily occurrence on the 50-year old bridge and people are turning to the new bridge in hopes that it will remedy traffic woes and enhance public safety.

As of February, five firms are competing to win the bridge’s design. Each design will be assessed, or “scored,” on the basis of construction methods and aesthetics, among other categories, with creativity being highly encouraged. A five-member technical team and selection committee, which reviews and confirms the score for the project, will be responsible for selecting the firm to construct the new bridge.

FDOT created renderings showcasing minimum standards for the new bridge a few months ago but the final design could look significantly different. The agency is not only requesting a six-lane expansion, but also for the bridge to fall within the prearranged landing area and boast a pedestrian, jogging, and biking path at least 10 feet wide and wider shoulders.

The current bridge has been deemed “structurally deficient” Capt. Chuck Mallett of the Pensacola Police Department told PNJ that there is little room for emergency vehicles to maneuver on the bridge when there has been an accident. This often results in lane closures. “When it is bumper-to-bumper, one traffic backup causes another traffic backup and it can be very difficult for us to get out there on the bridge,” he said.

FDOT claims they are not only putting aesthetics as priority but also safety, which in turn could solve many of the current bridge’s problems. For example, by increasing lanes, the bridge will boast a shoulder for vehicles to pull over in case emergency vehicles need to go by. This not only provides a designated spot for motorists but allows emergency vehicles to reach accidents faster.

The teams are looking for an innovative technique to catch their eye, and for plans on a construction built to last for years to come. But therein lies the latest argument of the puzzle: The agency will not release the designs of the bridge to the public until after they’ve made a decision.

With a project of this magnitude, it is only normal that the Bay Bridge has attracted a considerable amount of public interest. Grassroots groups and community members are pushing for a “better, iconic” bridge, but some don’t believe FDOT has their best interests at heart, despite the scoring method.

FDOT has reassured community members the importance of their input, yet for months, residents have sat in the dark, anticipating and hoping to catch a glimpse of the designs. When FDOT announced it would be releasing the final design to the public in July, and not sooner, it was met with opposition in neighboring communities, like Gulf Breeze.

Pensacola Mayor Ashton Hayward has also worked closely with FDOT, advocating for a well-designed and iconic structure that would not only be a “wow” factor for Pensacola but for the entirety of the Northwest Florida region. “I think the community is really fired up about how great it could be,” he told PNJ.

The four-year long project] is set to begin construction later this fall or early 2017. Pensacola residents will have a chance to participate in the unveiling of the designs on July 7 at a public meeting in Milton.

Sometimes accidents can happen while driving around the Pensacola area, despite the safety measures authorities enact. Contact us to learn about the types of injuries drivers can sue for, what types of claims are in a lawsuit, and what an attorney can do for you.