Why Bad Atlanta Roads Are Costing You Money 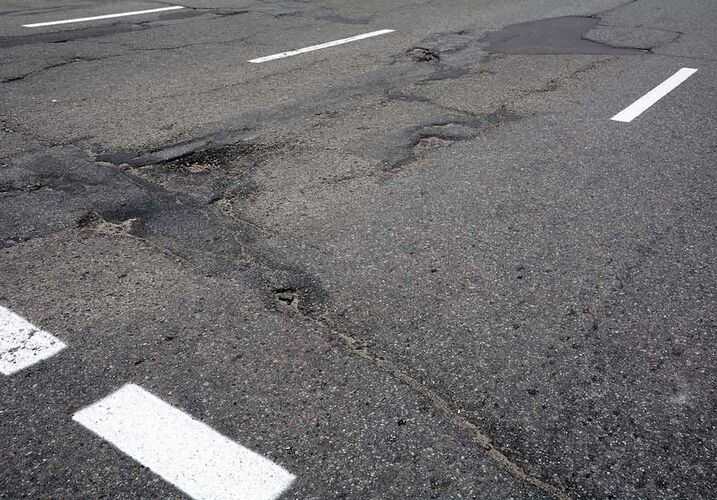 Recently, a hole left from utility work on Kingsboro Road led to a flat tire for an Atlanta driver, according to NBC 11Alive. The flat tire resulted in the driver having to dig into her own pocket to pay for the repair. This incident is a clear example of how costly poorly maintained roads are for drivers who have to pay to fix their vehicles.

The driver hit a hole that was several inches deep on Kingsboro Road and had to take time out her day to have the tire replaced, according to 11Alive. The hole remained open for several weeks and threatened other drivers.

Many Atlanta drivers are fed up with spending their hard earned money on car repairs caused by bad road conditions and other factors out of their control. Read on to learn how poor road conditions could be costing you more money than you think.

Georgia has many roads that are deficient in nature. In fact, 10 percent of major roads are in poor condition, according to national transportation research group TRIP. These roads show signs of deterioration, including rutting, cracks, and potholes, which could cause significant damage to a vehicle.

Driving on these rough roads costs Georgia residents approximately $7.9 billion annually statewide, according to TRIP. Atlanta motorists have to pay about $1,925 on an annual basis for vehicle maintenance, including tire wear and increased fuel consumption.

Many of metro Atlanta’s major highways and roads were built in the 1960s and 70s, which is part of the reason why the roads are deteriorating, according to TRIP. Georgia’s population and economic growth have also resulted in an increased demand on the state’s major roads and highways. This has led to a rise in wear and tear on the roads that the state is unable to keep up with.

Georgia has been trying to combat these deteriorating roads with inadequate funding from the federal government, which is the main source of money for Georgia’s roads, highways, and bridges, according to TRIP.

Federal funds for highway and transit improvements in Georgia are provided through the federal Highway Trust Fund, which raises revenue through federal user fees, according to TRIP. However, since 2008 the revenue into the HTF has been inadequate to support legislatively set funding levels.

“The pipeline for state transportation projects had fallen behind because money from federal appropriations has remained stagnant and become an unreliable source of funding,” explained Russell McMurry, the commissioner of the Georgia Department of Transportation, to the Augusta Chronicle. “We need a $1 billion in transportation investment just to keep the status quo.”

What Can You Do To Stay Safe On These Rough Roads?

While Georgia waits for additional funding for rough roads, you may still have to drive on these roads in the meantime. Keep these following tips in mind when traveling on a bad road.

When you encounter a road in poor condition, you should slow down to avoid large bumps, ruts and holes in the road to help protect the life of your tire and reduce the strain placed on your car’s shocks, according to the American Automobile Association.

If possible, drive in the center lane of a roadway. The right lane deteriorates faster than the others because trucks and tractor-trailers carrying heavy loads predominantly use this lane, according to AAA.

Poor road conditions can be a real headache while driving, especially when you have to pay to fix any damage to your car. Even when avoiding ruts and holes in the road, accidents can still occur when you least expect it.

If you or a loved one were injured in a car accident due to the negligence of another driver, we can help. Read more to learn what our car accident attorneys could do for you.