What Hawaii's Takata Lawsuit Means for Drivers in Other States 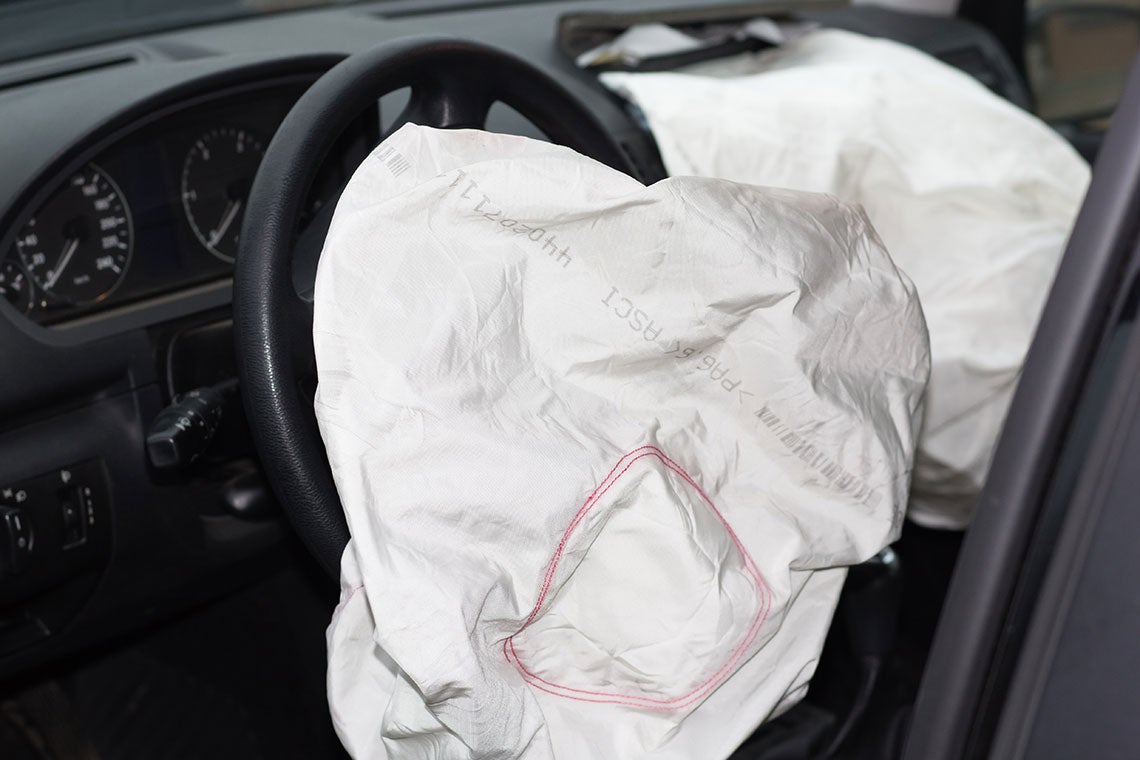 The state of Hawaii announced Friday that it will be suing Takata for allegedly covering up a problem that causes its airbag inflators to rupture and spray pieces of metal at drivers. If Hawaii's accusations turn out to be true, other states may do the same and launch their own lawsuit, leaving drivers injured by their airbags wondering what their legal rights are.

As of August 2016, 16 deaths and over 100 injuries have been linked to Takata airbags, and more than 60 million airbags contain a defect. 28 million airbags are recalled in the U.S. and the recall will potentially expand to even more manufacturers.

Our firm is currently filing lawsuits on behalf of people cut by shrapnel ejected when their Takata airbags were deployed. Many victims do not realize that their laceration injuries were actually caused by Takata’s defective airbags, not their accident. If you or someone you know was involved in a car accident in which the airbags were deployed and lacerations were sustained, please contact us today for a free, no obligation consultation to find out if you have a claim.

The lawsuit was filed in Hawaiian state court and is the first of its kind — no other state has filed a lawsuit against Takata over its defective airbags that have claimed 11 lives in the US, five in Malaysia and injured more than 100. Honda, the car manufacturer most affected by the recall and first to find out about the defect in 2004, was also named in the lawsuit as a defendant.

Hawaii alleged in the lawsuit that Takata knew that its airbag inflators were unstable, yet sold them anyway. The state seeks to fine Takata and Honda $700 million each – $10,000 for every driver allegedly put at risk of injury by Takata’s defective airbags. In addition, the state is also demanding Takata reimburse car owners inconvenienced by the recall.

Although no ruptures have been reported in the state, Hawaii is located in the sort of climate that promotes the type of moisture buildup within the airbag that is known to make them unstable and potentially cut drivers and passengers with metal shards when deployed. Hawaii’s decision to file a lawsuit could prompt other warmer states to file their own lawsuits.

What Does This Mean If My Car Was Recalled But I Live In Another State?

Depending on the success of this lawsuit, your state may decide to file its own lawsuit against Takata. However, while a lawsuit by your state will punish Takata and may even get you compensated for some of the inconveniences you experienced during the recall, it likely won’t provide you with the compensation necessary to pay for medical expenses incurred when treating an injury from a defective Takata airbag.

What Can You Do If You Were Injured By A Takata Airbag?

The lawsuit comes on the heels of an announcement earlier in the week by Honda, that it would be recalling 21 million more vehicles worldwide with defective Takata airbags. That decision was likely related to the National Highway Traffic Safety Administration order in the first week of May that required Takata to recall up to 40 million more airbags.

The attorneys at Morgan & Morgan are currently filing lawsuits on behalf of individuals who needed stitches after getting cut in an accident in which their airbags deployed. Some victims of Takata’s airbags do not realize their injuries were caused by exploding shrapnel from the airbag, though. If you were in a car accident in which your airbag deployed and you sustained cuts or lacerations for which you needed stitches, the injuries you sustained may have been caused by shrapnel from the airbag, not the accident.

These injuries were preventable, and If you would like to hold the company allegedly responsible for your injuries accountable, fill out a free, no obligation case evaluation form to find out if you are eligible to file a lawsuit.