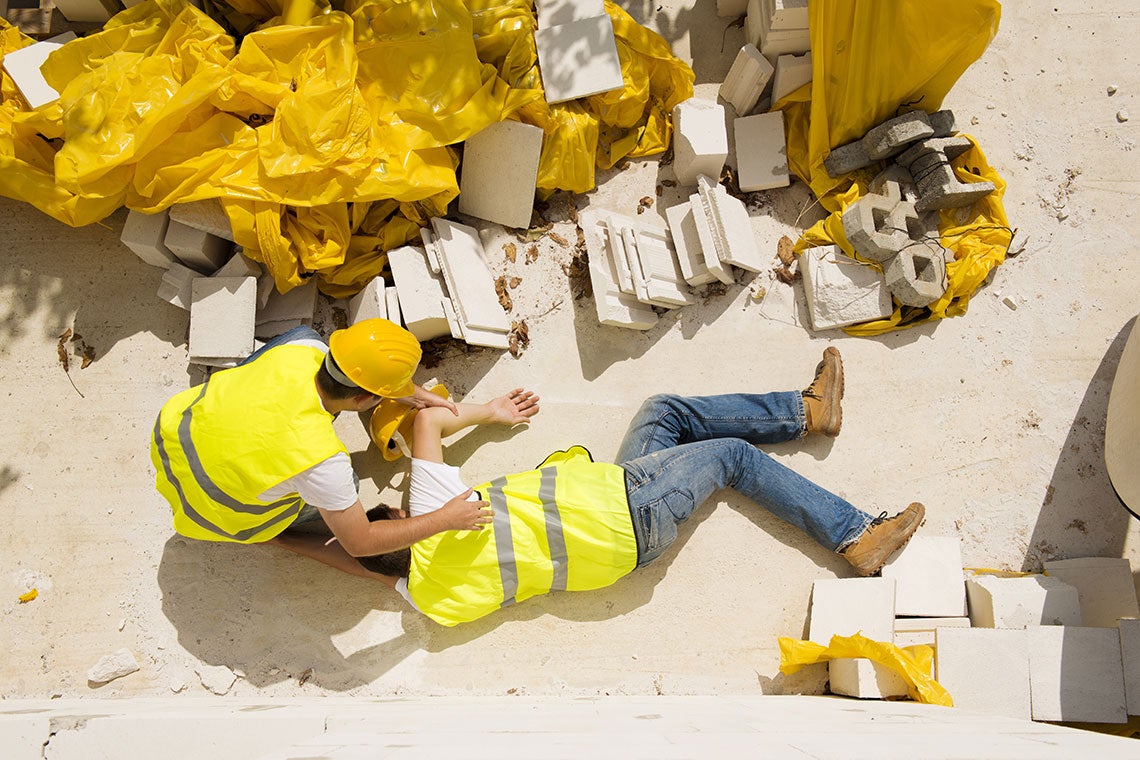 A tractor-trailer struck and killed a man in a Pembroke Park, Florida, warehouse Saturday morning after the driver backed into the loading bay, hitting a security guard standing in its path.

A truck driver working for Mohawk Industries pulled out of his bay before realizing his truck wasn’t loaded, according to Local 10 News. He notified a security guard, Harold Dayes, that he was about to back into the bay. Dayes stayed in the truck’s path thereafter.

A witness yelled for him to move and also tried to get the driver’s attention, but couldn’t stop the truck driver or get the attention of Dayes.

Dayes was wearing a Bluetooth headset when emergency workers tried to administer first aid, according to the Broward County Sheriff’s Office. He was also writing in a notebook immediately before the accident, according to the witness.

This isn’t the first workplace accident for Mohawk Industries. A division of Mohawk Industries in Dalton, Georgia, saw a worker scalded by hot water in 2015. The company also faced a wrongful death lawsuit in 2003 after a faulty security gate struck a police officer working as a security guard on another Georgia property, according to the Atlanta Business Chronicle. The incidents don’t necessarily display a pattern of behavior, but point to the danger of accidents in the workplace.

[Workplace accidents]/(fort-lauderdale/workers-compensation-lawyers/) happen in a variety of industries. Injuries and fatalities most commonly occur in construction, but many industrial, shipping, and manufacturing companies might put their workers in danger. Falls, getting struck by objects, electrocutions, and caught-ins or betweens are the “Fatal Four” of the construction industry, and , according to the U.S. Occupational Safety and Health Administration.

Workplace injuries can include specific occupational diseases like mesothelioma, but also more common injuries like tendonitis, burns, and cold or heat stress.

Filing and receiving workers’ compensation or filing lawsuits is generally a complex process, requiring a victim to visit a doctor for an “independent” medical examination. These doctors might work with insurance companies to limit the liability of both parties.

The appeals process of a workers’ compensation claim can be equally taxing, employees sometimes accused of trying to get more money than they're owed. Insurance companies might blame employees for accidents due to preexisting conditions, accuse employees of trumping up their injuries, or even deny the accident occurred on the job. A knowledgeable attorney can help you fight to receive the care you need for your injury.

As for the accident, Mohawk Industries has said it regrets that it happened. As of the time this story was posted, it’s not known if Dayes has a family, or if there's an intent to pursue a wrongful death or workers’ compensation claim.