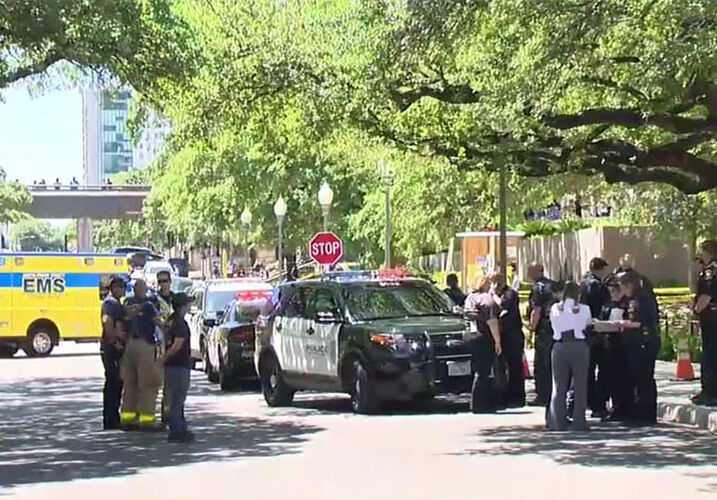 Authorities are working to identify the motive behind the University of Texas stabbings that left one person dead and three others injured Monday afternoon. Although classes resumed today, questions still remain about just what happened.

Authorities identified 21-year-old Kendrix White as the attacker who killed student Harrison Brown and injured others. White is a student at UT-Austin who previously encountered UTPD just last month. On April 4, White was arrested for driving while intoxicated, according to the arrest report. He told UTPD at the time he takes “happy pills,” according to the Austin Statesman. Initial speculation suggested White targeted students who participate in Greek life, but his mental health is under investigation, according to law enforcement.

White stabbed his victims with a “large, bowie-style hunting knife,” according to UT Police Chief David Carter. Carter opted not to call for a university lockdown, because White was immediately captured following a call to UTPD. Many students and faculty learned of the attacks on social media, the news, and through community sources, and criticized the university’s seemingly silent response.

Police continue to defend the delay in notifying the campus, arguing they contained the situation almost immediately after they received notice. But students and the media alike are still abuzz with questions.

Stabbings on college campuses are uncommon, and crime in general continues to decrease. Total campus crime crime fell{:target="_blank"} 38 percent from a 15-year-high of 44,500 reported incidents to 27,600 in 2013, according to the National Center for Education Statistics. Though expectations of violence on campus are lowered, the need for strong security to keep people safe is as important as ever.

Campuses Are Obligated To Keep You Safe

Danger in a large venue or space is common, and college campuses are no exception. They attract students, faculty, and visitors alike, and so should make security a priority.

Claims of “negligent security” can arise when an entity fails to ensure the safety of its visitors, residents, or invitees on its premises.

An entity can be found negligent if it fails to foresee certain criminal acts. Foreseeability generally revolves around what an organization or business can reasonably expect to happen on its property.

If an entity can reasonably expect a crime, it has a burden to address those crimes. This doesn’t apply to all crimes uniformly, however. For instance, an estimated 11 percent of students, including men and women{:target="_blank"}, experience sexual violence, according to the Rape, Abuse, and Incest National Network. So, college campuses might have a heightened sense of liability to address that type of crime.

Businesses, campuses, and government organizations could neglect security in parking garages, parks, and even their own buildings. But sometimes, the issues are harder to pin down.

For example, emergency services like UT-Austin’s notification system might not inform students if the university decides it isn’t necessary, even if something serious happens. Do you think you should know about a situation on your campus or in your city, even if it’s immediately contained?

Feature Photo: A screenshot of the scene from a CBSDFW report.