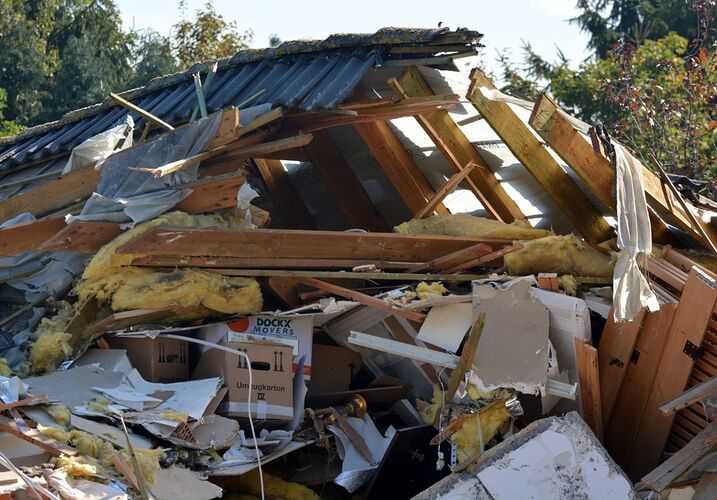 Two people died Sept. 24 when a fiery explosion leveled their Richmond, New York, house, the Democrat & Chronicle reported. Firefighters from multiple departments responded to a 4:30 a.m. call from a neighbor reporting a loud explosion. The couple occupying the house had been deemed missing by the Ontario County Sheriff’s deputies. However, three and a half hours later, the bodies of the victims, who have not yet been identified, were recovered from the rubble.

Clothing, insulation, and other household debris were scattered about the scene, including in nearby trees higher than 30 feet. Ontario County Sheriff Kevin Henderson said there was some sort of explosion in the house, located off Route 20A. The resulting fire was limited to the home’s foundation and basement. Guests at a nearby bed and breakfast reported that their bed jumped across the floor because of the blast. What caused the one-story A-frame house to explode is still unknown. Sheriff’s deputies and the Ontario County Emergency Management Office are continuing to search the scene for clues, eliminating possibilities as they go. The Monroe County Medical Examiner’s Office will be identifying the bodies and determining their cause of death.

Home explosions are usually the result of gas leaks. Such leakage can be the result of faulty equipment or upgrade failure. If you or a loved one has been the victim of a home explosion, you may be entitled to compensation due to negligence. Covered damages may include medical bills, lost wages, funeral costs, and more. Contact Morgan & Morgan for a free consultation to discuss your options. Time may be running out to file your claim.