Why Puzder Was Never a Good Choice for Workers 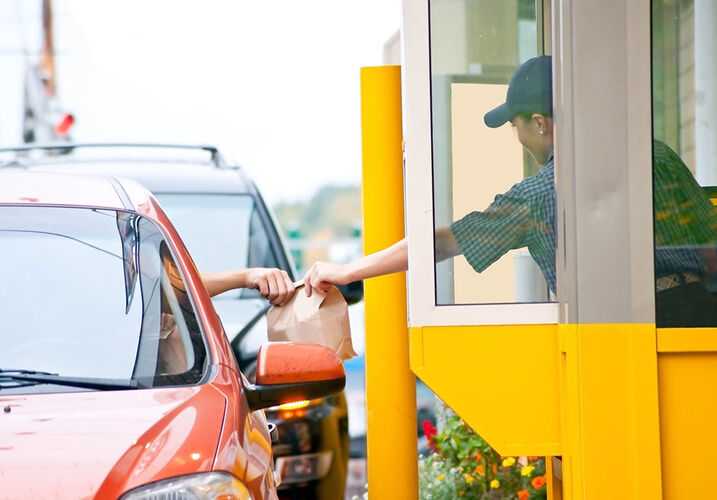 According to the U.S. Department of Labor, more than 70 percent of all employers violate federal wage and hour laws.

The DOL, headed by the labor secretary, is in charge of investigating these violations of minimum wage, overtime and worker safety laws and regulations. This is why workers' advocates, Democrats, and even top Senate Republicans voiced concern over President Trump's labor secretary nominee, Andrew Puzder.

Amidst opposition, Puzder withdrew as labor secretary nominee one day before his confirmation hearing, according to the New York Times.

Lawsuits serve as checks and balances for unfair employers. The claims filed against CKE and its franchises are representative of larger issues American workers face. Here we review some of the suits and why they are important.

If your employer has violated labor laws, contact our labor and employment lawyers today.

The lawsuit: One current and one former Carl’s Jr. employee filed a class-action lawsuit against CKE in California alleging that the parent company suppresses wages across its franchises by using “no-hire” agreements, according to the LA Times. The lawsuit claims that these “no-hire” agreements, which shift leaders are made to sign, are an effort to keep workers from seeking raises by threatening to go to another franchisee.

Shift leader at a Carl’s Jr. in Los Angeles Luis Bautista and former shift leader Margarita Guerrero alleged that the company’s no-hire policy resulted in “atrocious” working conditions and reduced wages. According to the lawsuit, Guerrero says she never saw the pay raise she was promised when promoted from crew member to shift leader.

Lawsuits serve as checks and balances for unfair employers.

Why it’s important: CKE has claimed it is not responsible for other numerous wage and hour complaints by arguing each of the 2,769 of its franchise stores are “run independently and solely responsible for their employees, management, and adherence to regulations and labor practices,” according to CNN.

The class action argues that the “no-hire” agreements stand in opposition to Puzder’s free-market model of competing franchises by restraining competition of its workers in an attempt to reduce labor costs and save CKE money.

Employers often try to add clauses to contracts that limit workers’ rights. After years in lower courts, the debate over another attempt by large companies to save money will be heard by The Supreme Court. Often called “class action waivers,” these clauses in arbitration agreements prohibit employees from forming class actions against the company. The Supreme Court is slated to decide whether these waivers violate national labor laws.

When it’s common practice for employers to try to skirt labor laws, it’s important for workers not only to read over contracts carefully, but to know that they have legal recourse.

The claim: One of the complaints filed with the U.S. Department of Labor alleges an Alabama CKE franchise paid employees with debit cards that included transaction fees, putting their hourly wage below the legal minimum, according to the International Business Times.

Torrence Chambers works in a Hardee’s in Birmingham, Alabama. According to his claim, the store only offers prepaid Visa debit cards as payment, with no option of a paper check or direct deposit. Chambers told IBT that his shift leader, store manager and other higher-ups told him no one but the CEO, Puzder, could change this policy.

The problem with paying employees through debit cards is that he gets charged for every transaction, Chambers says. Out of his $250 weekly paycheck, $80 go to transaction fees, meaning his real wages are much less than the national minimum wage of $7.25 an hour.

An earlier Department of Labor investigation against the company found that the its use of debit cards violated minimum wage laws.

Why it’s important: Regardless of whether you approve of raising the minimum wage or think $7.25 an hour is adequate, the current federal law needs to be enforced.

The federal minimum wage exists so that people who work do not have to live in poverty. Employers need to respect those rules, and not deny workers their due.

Debit cards are popular with payroll companies, as they save them money on each check. Darden Restaurants for example, saved $5 million in a year by using cards, as reported by IBT.

While corporations cut costs, about 76 percent of the country lives paycheck to paycheck, according to CNN. And according to the 2013 Current Population Survey conducted by the Census Bureau, 3.3 million Americans worked at an hourly rate at or or below the federal minimum.

The restaurant and food service industry is the single biggest employer of near-minimum-wage workers, according to Pew Research Center. A full time minimum wage employee makes $15,080 a year. That’s slightly above the poverty level for a single person, but below the poverty line for a household of two.

The federal minimum wage exists so that people who work do not have to live in poverty. Employers need to respect those rules, and not deny workers their due.

The lawsuit: James Dombrowski filed a disability discrimination suit against CKE in California when his employment was terminated. He alleges he was illegally fired by CKE when he tried to return to work in 2015 after taking a disability leave following a brain biopsy that had left him temporarily paralyzed.

Why it’s important: Twelve percent of our population identifies as having some disability. Despite the fact that federal law makes it illegal for employers to discriminate against a disabled person, some employees believe a person with a disability cannot complete tasks as effectively or will cost the company money because of special facilities or needs.

The Americans with Disabilities Act was passed in 1990 to protect the civil liberties of persons with disabilities and ensure equal opportunity across public life, including employment. The ADA defines a disability as “a physical or mental impairment that substantially limits one or more major life activities,” and employers, both private and public, are prohibited from discriminating against qualified individuals with disabilities. Yet, in 2014, 38,691 ADA charges were filed with the U.S. Equal Employment Opportunity Commission.

When employers send the message, from the top down, that people with disabilities can be discounted, it discourages people from speaking out and demanding a fair and equal workplace.

If you have been denied equitable access to any service or employment as a result of a lack of compliance to the ADA, please contact our deaf and disability rights attorneys for a free case evaluation (videophone available).

The claims: CKE also appears to have a gender problem. Four of the 33 complaints against the company this year were sexual harassment allegations filed with the U.S. Equal Employment Opportunity Commission, according to Salon.

Sexual harassment is not a new phenomenon for CKE, however. In 2009, women employees received a $75,000 settlement from an EEOC complaint for “severe and pervasive” harassment at a Hardee’s in Tennessee including inappropriate touching and physical assault.

Lawyers for the EEOC also stated that when one of the women complained to her supervisors, not only did they not stop the abuse but they also cut her work hours. Another female employee, in Tampa, Florida, filed a complaint alleging she was threatened with sexual violence by a co-worker and was moved to “a less-desirable shift” when she complained to the manager, reports Salon.

Why they’re important: Sexual harassment continues to be a huge problem in U.S. workplaces, not to mention unequal treatment for men and women as evidenced by the gender pay gap (even though a 2016 report by the McKinsey Global Institute found that the U.S. could add $2.1 trillion to the GDP in two decades if states work on pay parity).

Of the 91,503 complaints filed with the EEOC, 29.4 percent are based on sex discrimination. More than half of those resulted in no charge in 2015.

Worse still, the sexual harassment claims filed with the EEOC only represents a small fraction of all of the incidents that occur in U.S. workplaces. According to a 2013 YouGov/Huffington Post poll, 75 percent of individuals who had experienced sexual harassment at work did not report it.

One reason most people don’t come forward and denounce discrimination is because they fear employer retaliation, such as that suffered by women at CKE whose hours were cut. People who need their jobs often swallow harassment so as not to get fired and lose their income. Women are especially reluctant to allege sexual harassment because they fear they won’t be believed, that nothing will be done to stop the harassment, or feel embarrassment or shame at being harassed.

Sexual harassment has serious negative consequences on victims’ physical and emotional health, including anxiety, depression, loss of sleep or appetite and weight loss or gain. But, it also hurts employers. Victims often lose productivity, and try to avoid bad situations by taking sick leave or quitting. Harassment can also make for uncomfortable work environments for others, too and hamper workgroup productivity.

The lawsuits: Another 35.3 percent charges compiled by the EEOC are race based. According to the prevalence of complaints, racial discrimination is as rampant as sexual harassment in CKE restaurants.

In 2010 at a Hardee’s in Knoxville, Tennessee, Johnny Page, Sr., an African-American man, claimed he was subjected to racial slurs and discrimination from his supervisor. In Alabama, a black manager filed a federal lawsuit against a CKE franchisee, claiming she was told to hire 90 percent white employees because most of the clientele was white. The lawsuit states that when she refused, saying it would be illegal, she was removed from her position and sent to manage another Hardee’s 50 miles from her home.

Another lawsuit, filed by Charlotte King, an African-American woman, alleged she was replaced at the Hardee’s she’d managed for eight years by a less qualified white man.

Why they’re important: Even though the Civil Rights Act of 1964 mandates that employers must maintain a workplace free of discrimination based on race (and sex, color, religion or national origin), racial discrimination is still alive and well in the workplace.

Research shows that racial bias affects every aspect of employment: hiring, earnings, promotions and firing. A 2003 study by the American Journal of Sociology found that young white men with felony convictions are more likely to get a callback after a job interview than young black men with similar qualifications and clean records.

White men earn a third more than black men and twice as much as black women. A 30 percent wage disparity across racial groups still exists after controlling for factors like age, education, children, and marital status.

Much like sexual harassment, racial discrimination is underreported, is psychologically damaging for victims, and negatively affects work output.

Although it is illegal for employers to retaliate when an employee makes a complaint about discrimination, retaliation is common, often leaving employees with no internal recourse for putting an end to discrimination.

How Could These Complaints Affect Me?

Even if you don’t work in a CKE restaurant or franchisee, the complaints against them are reason for concern for any U.S. employee because they indicate a larger pattern of discrimination and wage theft in our country.

Regardless of who is eventually confirmed as President Trump's labor secretary, the DOL typically pursues labor violation lawsuits far more aggressively under Democratic administrations than under Republican administrations. Some were afraid that DOL enforcement for employees would stop altogether under Puzder. If the new labor secretary is in any way similar to the CKE CEO, it is possible private attorneys will have to step up and fill the gap in investigating labor violations.

If you’ve been discriminated against at work, or believe you’ve been paid unfairly, the time to act is now. Morgan & Morgan’s labor and employment attorneys have extensive experience with wage and hour, overtime and discrimination cases and have won significant verdicts and settlements for our clients. Fill out our form for a free and confidential case review.