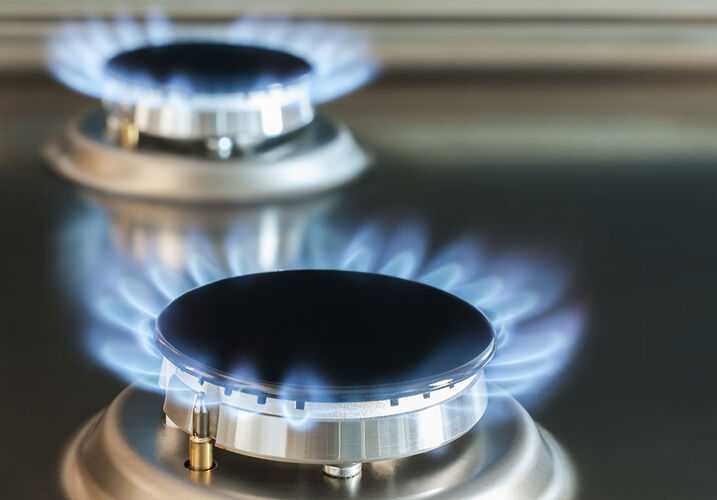 On Feb. 12, a tragic home fire resulted in the death of three people in Monroe, Georgia. Quentin Moses, a former NFL football player, his girlfriend, and her ten-year-old daughter were the victims of the horrific blaze. Although it is not yet known what caused the fire, there are several ways that homes are at risk for a potential fire.

Officials from the Monroe Fire Department say the Shamrock Drive residence was completely engulfed in flames when they arrived in the early morning, according to 11Alive News. Moses was found unconscious and taken to the hospital, where he was declared dead on arrival.

“Quentin came out and he was on fire. He just fell to the ground and they sprayed him. They dragged him to the ambulance and put him in the back of the ambulance,” Showes told 11Alive.

This unfortunate incident highlights the many dangers of a house fire and how it could lead to tragedy. There are a variety of ways that a fire can start in your home and it is important to stay aware of these risks in order to keep you and your family safe. Here are a few ways that a house fire can occur.

The kitchen and cooking equipment is the leading cause of home structure fires and home fire injuries, according to the National Fire Protection Association. Approximately 66 percent of home cooking fires started with the ignition of food or other cooking materials.

The kitchen equipment that is most commonly associated with fires are stovetops and ranges, especially in circumstances where food is left unattended or the food is being fried. When this occurs, other objects in the kitchen such as oven mitts and hand towels might catch fire, or grease could splatter on them and start a fire in the kitchen.

However, there are also cases where kitchen equipment can also be defective. Stoves, appliances, and other kitchen products that are used for cooking and cleaning might be provided by your landlord, and could be improperly maintained or in a poor or substandard condition. This can cause a fire.

Practicing proper cooking habits, such as staying in the kitchen when food is cooking and monitoring the stove-top temperatures, is key to preventing a fire.

It is also important not to use your stove as a heater for your house or apartment. It might seem like a good idea on cold days, but it is a major fire hazard, according to the NFPA.

A fire can be started with something as simple as flipping a light switch. A lightbulb that is the wrong size and wattage could cause the bulb to overheat and explode, which could lead to a serious fire.

If you are unsure about what light bulbs to use, read the recommended wattage on the lamp or fixture. There should be a sticker that indicates the maximum wattage light bulb to use, according to the NFPA.

You can also call your landlord or superintendent in your building. They can make sure that you pick the correct size and wattage if one of your lights burn out, even though you may be responsible for paying for the light bulb.

However, when it comes to common hallways and areas, it is your landlord’s responsibility to purchase, replace and maintain these lightbulbs. It is important to remember that all tenants have the right to timely repairs and quality maintenance of household issues.

A fireplace can be of vital importance during the cold winter months, but it can also cause a fire if not maintained properly. Based on the most recent data from 2009-2013, the leading factor contributing to home heating fires was the failure to clean the creosote in chimneys, according to the NFPA.

In order to keep your chimney clean to prevent any potential fires, you could do it yourself or hire a someone who is credited by the National Chimney Sweep Guild or Chimney Safety Institute of America, according to NFPA.

Fireplaces aren’t the only heating equipment that can cause a fire in your home. Space heaters also play a factor. They are involved in approximately two of every five fires and accounted for 84 percent of civilian deaths, 75 percent of civilian injuries, and 53 percent of direct property damage, according to the NFPA.

Space heating fires are commonly attributed to placing flammable items too close to heating equipment, such as clothing, furniture, mattress or bedding, according to the NFPA. It is very important that you are mindful when using your space heater and make sure that it is in an area that is free from any items that may ignite a fire.

A washer and dryer in your home or apartment is a great convenience that can save you a trip to the laundromat, but not properly cleaning a dryer can result in a fire. To prevent a fire from occurring, be sure to remove all lint that may have built-up in your dryer before and after you dry your clothes, as lint is a common cause of home fires.

Your landlord will also need to check the dryer hose in the back of your dryer on a periodic basis, because a clogged hose can lead to a fire in your building. In fact, approximately 2,900 dryer fires are reported annually and these fires cause $35 million in property loss each year, according to the U.S. Fire Administration.

Electricity makes all of our lives easier as we depend upon it on a daily basis. However, outdated electrical systems are a major hazard as they may not be able to keep up with the modern appliances and products that can overload them.

Electrical failures or malfunctions play a major factor in approximately 47,000 home structure fires each year, according to NFPA. That’s why it is of vital importance that you stay aware of any irregular electrical occurrences. if you notice that your circuit breaker is tripping more often than it should be, call your landlord and have them hire an electrician to survey the wiring in your apartment building.

What If I Sustained a Burn Injury?

The best way to protect you and your family from a burn injury is to establish safety measures to prevent home fires. Unfortunately, that is not always possible, especially if you live in an apartment building that is managed by an inattentive landlord.

If your or a loved one is the victim of a burn injury due to the negligent actions of a landlord who failed to do maintenance in your apartment, we can help. Even if you believe the fire was your fault, you may be entitled to compensation.

To learn what our burn injury attorneys in Atlanta may be able to do for you, please fill out our free, no-risk case evaluation form today.