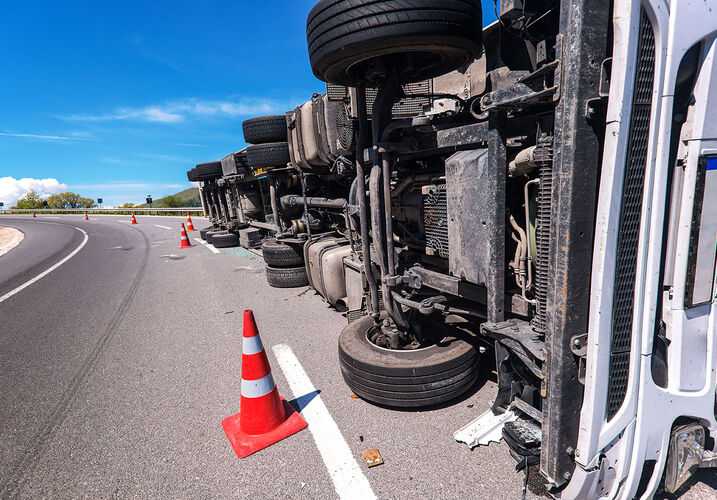 Three people were injured in a two-vehicle crash in Trenton, Texas, on Jan. 2, KXII reported. A tractor-trailer headed westbound on Highway 121 crashed into an SUV just after the intersection with Highway 69, Trenton Police reported. Surveillance footage from Chubb’s Liquor Store across the street from the accident shows the SUV slowing down to make a left turn into the store’s parking lot. The 18-wheeler, which was carrying sand, is then seen slamming into the back of the SUV before rolling several times. Two of the victims were taken to the hospital by helicopter, and the third was transported by ambulance. All of the wounded were listed in critical condition.

Both vehicles were heavily damaged in the crash, and the sand from the semi was dumped all over the road. Texas Department of Transportation crews worked for four hours to clear the road, closing both lanes of the highway. The security camera footage is being reviewed by law enforcement.

Being in a car crash can be a life-altering event. In addition to injuries that may take you away from work and your family, you will have to deal with the extra financial and legal burden of recovering compensation from insurance companies. Because insurance companies are duty bound to their shareholders, they will usually try to deny you the full monetary value of your injuries and losses, all while hoping you don’t know what your case may be worth.

Fight back against the insurance companies! Hiring Morgan & Morgan will put you in the best position to get every penny you will need to get matters back to normal. You don’t deserve to have your life destroyed by a car accident. To see what kind of compensation you may be eligible to receive, fill out a free case evaluation. We work on a contingency fee basis, which means you pay nothing upfront, and we collect a percentage of recovered money only if you win.