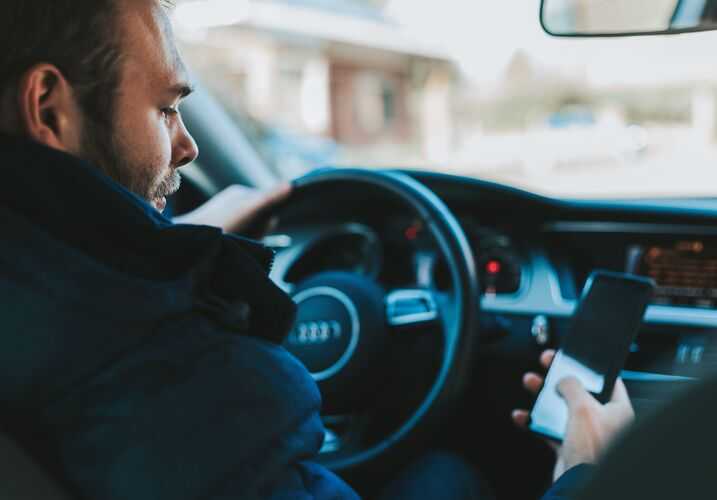 Cellphones. They have become a commonplace accessory. Many people seem to act like the phone is an extension of the person. Young and old alike are constantly using their cell phones for anything from placing a call to checking an email to playing a game.

When was the last time you left home without your cell phone? For an estimated 74% of Americans, leaving their cell phone behind gives them an uneasy feeling. Approximately 71% of the American population immediately checks their cell phone upon waking—usually within about 10 minutes of the alarm waking them.

Unfortunately, some people are so connected to the cellphone that they are willing to put themselves and others in danger by using it while on the road. They have become so accustomed to immediately answering a call or text message that they think nothing of doing so while behind the wheel of a car. An estimated 35% of Americans admit to using their cellphone while driving. If you’ve been involved in a mishap caused by cell phone usage, consult with a car accident attorney in New York to find out what, if any, legal recourse you might have.

Are You A Distracted Driver?

Distracted driving is any activity that diverts attention from driving, including talking or texting on your phone, eating and drinking, talking to people in your vehicle, fiddling with the stereo, entertainment, or navigation system — anything that takes your attention away from the task of safe driving. (1) Driving while distracted can have unfathomable ramifications. Not only is it dangerous, but also it can be fatal.

America has a dangerous epidemic of texting while driving that strongly increases risk to everyone on the roads. At any given moment, 660,000 drivers are using a cell phone while operating a vehicle. Every year, about 400 fatal crashes are caused by texting and driving, according to the NHTSA. (2)

If you are one of the 35% of Americans who admit to using your phone as you operate an automobile, it could be only a matter of time before you find yourself in an accident. Should this unthinkable event occur, you could face legal issues in addition to whatever injuries or emotional pain was caused by the accident. To learn more about the legal ramifications of texting and driving, contact a car accident attorney New York NY.

Are We Addicted to Cell Phones?

The average American spends more than five hours on their cell phone every day. They also look at their phones more than 60 times daily.  Younger people spend even more time than that—about 12 hours each day.

Even if this amount of usage isn’t technically classified as an addiction, it can become a dangerous habit. The habit is dangerous if you must have your phone in your hand at all times to the exclusion of all safety concerns. You begin paying more attention to your phone than to your surroundings and to the people around you.

Consequences of Texting and Driving

Texting while driving is banned in 48 states, Washington DC, and three US territories. According to the NCSL (National Conference of State Legislatures), the federal government offered incentives in the form of grants to states that enacted texting legislation. Since the states have enacted these laws, you face penalties if you’re found by law enforcement to be texting while driving. That doesn’t even consider what you would face if you had an accident while texting.

In the event of a mishap while texting and driving, a car accident attorney in New York will be able to explain the consequences of the accident. Conversely, if you are involved in an accident in which the other party was texting and driving the attorney will be able to explain the next steps you must take to file a legal claim in the hopes of recouping some of the costs of the accident’s aftermath.

Legal consequences say nothing of the physical and mental toll an accident while texting and driving will have on you. Not only would you have a damaged, if not totaled, car but also there could be injuries. In the worst-case scenario, a texting and driving accident could become a fatal occurrence.

The dependence on cell phones in America has become so commonplace that there is an ongoing debate between health professionals about whether it should be considered an addiction.  At least 35% of Americans have admitted to texting while driving. Driving while distracted in this manner can lead to an accident or even an accident with fatal consequences. A car accident attorney New York NY can help you understand the ramifications of having an accident while texting and driving.

My son was just pulled over for texting and driving. What penalties does he face?

The penalties he faces depend on a few factors. Among those are his age and if this is his first offense. He could simply be facing fines. Consult with a car accident attorney in New York for specific information on the penalties faced for texting while driving.

I was involved in an accident where the other driver was texting while driving. Can I expect a settlement if I file a lawsuit?

The result that can be expected from a lawsuit depends on the laws in your state. Insurance laws, texting and driving laws, and at-fault regulations all factor into settlement decisions. A car accident attorney New York NY can help you negotiate these kinds of settlements.