Takata Recall Expands By Another 35 Million Airbags: Here’s What You Should Do Next 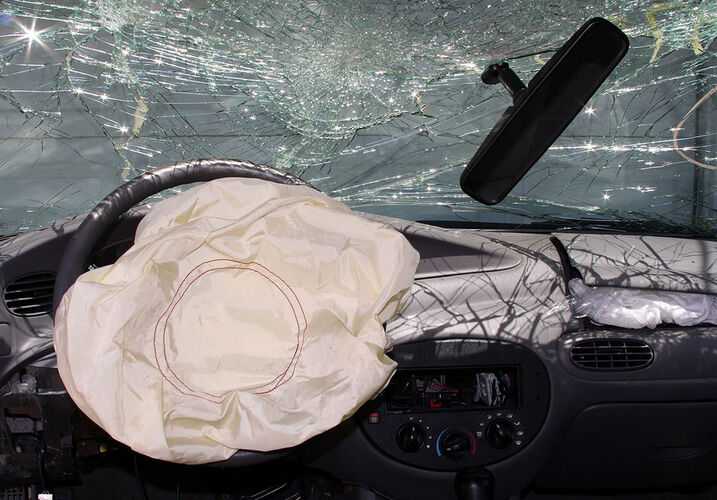 Takata, already facing the largest auto recall in U.S. history, will recall at least 35 million more airbag inflators, according to news reports. This latest round of recalls for Takata airbags will more than double the size of the already massive recall.

Here, we discuss why the recall has been expanded, the history behind this serious problem, and what your next steps are.

As of October 2016, 16 deaths and over 100 injuries have been linked to Takata airbags, and more than 60 million airbags have a defect. 28 million airbags are recalled in the U.S. and the recall may potentially expand to even more manufacturers.

Our attorneys are currently filing lawsuits on behalf of people cut by shrapnel ejected when their Takata airbags were deployed. Many victims do not realize that their lacerations were actually caused by Takata’s defective airbags, not their car crash. If you or someone you know was involved in an accident in which the airbags were deployed and lacerations were sustained, please contact us today for a free, no-risk consultation to find out if you have a claim.

Currently, 28 million airbag inflators have been recalled, affecting 24 million vehicles and more than a dozen car manufacturers. According to estimates, this current recall expands that number to at least 35 million more airbags, but federal regulators say that could jump to as high as 40 million.

Takata has been expanding the recall since 2009, when it first announced a recall on its airbags because they could eject metal shrapnel that could cut drivers and passengers, injuring or even killing them. The airbags have been linked to 11 deaths and hundreds of injuries in the U.S., and even more worldwide.

Why Has the Recall Been Expanded?

The recall’s expansion was prompted by U.S. regulators at the National Highway Traffic Safety Administration, which has broad authority to order Takata to conduct additional recalls after Takata signed an agreement with NHTSA in November. As part of that agreement, Takata also agreed to pay a $70 million fine, which could increase to $130 million if Takata does not comply with the terms of the deal. NHTSA called for the new round of recalls after it reviewed three separate investigations into the airbag inflators that determined a buildup of moisture combined with the ammonium nitrate used to inflate the airbag was a volatile combination, and the likely cause of the ruptures.

The recalls expansion will further complicate an already precarious situation for drivers who have had their vehicles recalled. Currently, there are not enough replacement inflators to go around, and it was revealed last month at a Congressional hearing that in some places drivers are settling for “like-for-like” replacements, in which older airbags are replaced with newer but identically problematic ones.

Although those airbags are a less than ideal solution, their use shows just how dire the replacement part shortage is. In recognition of this, Takata announced just a few days ago that it was setting aside $189 million to cover costs associated with the recall – on top of billions already set aside for settlements. However, this is just a fraction of what the total cost of the recall will eventually amount to, with reports from earlier this year claiming that a worst-case scenario would cost Takata up to $24 billion.

What Should I Do Now?

You can determine if your car is on the recall list by visiting NHTSA’s official Safecar.gov website and typing your vehicle identification number into the search bar. The website has information on the various makes and models that have been recalled, including Chrysler, Honda, Nissan, and BMW

What If My Car Is on the Recall List?

If they are able to service your vehicle, some dealerships may give you a rental to drive. In the event that your dealership does not have replacement airbags and offers no rental while you wait, you are advised to not drive your car. Although this is extremely inconvenient, a serious injury or even death is more inconvenient.

If your dealership does have a replacement part, find out what kind it is. Some replacement airbags will be brand new, but others may be a newer version of what you already have in your car. As mentioned earlier, the “like-for-like” replacements are safe but only temporarily, and you will need to return to the dealership for another recall replacement once they can refit your car with a permanent replacement.

What If My Recalled Takata Airbag Injured Me or a Loved One?

The attorneys at Morgan & Morgan are currently filing lawsuits on behalf of individuals injured by [Takata’s defective airbags](/class-action-lawyers/takata-airbag-recall/. Some victims of Takata’s airbags do not realize their injuries were caused by shooting shrapnel from the airbag, though. If you were in a car accident in which your airbag deployed and you sustained cuts or lacerations, the injuries you sustained may have been caused by shrapnel from the airbag, not the accident.

These injuries were avoidable, and if you would like to hold the company allegedly responsible for your injuries accountable, fill out a free, no obligation case evaluation form to find out if you are eligible to file a lawsuit.