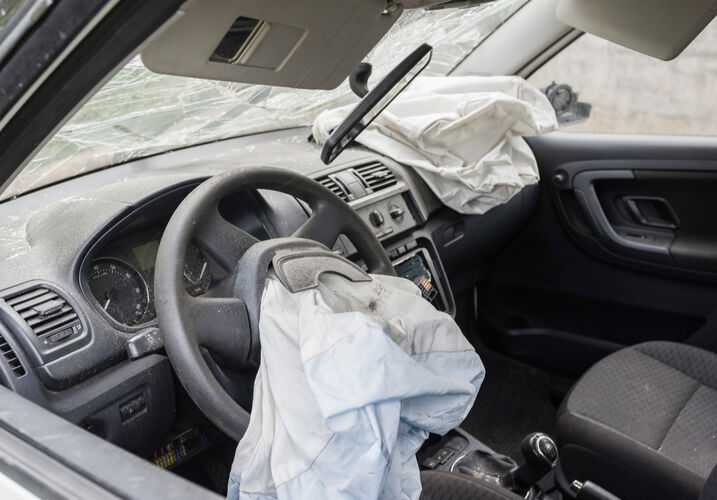 If you thought the Takata airbag recall was over, think again. What the U.S. National Highway Traffic Safety Association (NHTSA) calls “the largest and most complex safety recall in U.S. history” is ongoing, nearly five years after it was first announced.

According to NHTSA, millions of Takata airbags still need to be replaced. And the risk of not having a recalled unit repaired could be deadly. In March, authorities confirmed that an Arizona man was killed by an exploding Takata airbag, bringing the worldwide death toll to at least 24. His Honda Civic had been under recall for years, but the recall notice slipped through the cracks of the used car market. Making matters worse, some airbags that have been previously replaced during recall repairs are being recalled again.

Amidst the seemingly never-ending saga of Takata airbag recalls, car owners must take charge of their own safety by finding out their vehicle’s recall status. While Takata bears the blame for airbag injuries and deaths, many owners have ignored recall notices, which amounts to playing Russian roulette in the event of a crash.

The driver of a 2002 Honda Civic who died in June 2018 near Phoenix was killed by a Takata airbag, reports the Associated Press. The crash-related death was not reported to NHTSA until March 11, 2019. Honda and the safety agency inspected the vehicle and determined that the airbag inflator was blown apart in the crash—the signature of defective Takata airbags.

Takata used ammonium nitrate to create a small explosion that inflates the bags. But heat and humidity can degrade the chemical compound, causing the inflator to blow apart upon deployment and spray metal fragments toward vehicle occupants.

“This is a critical reminder of the serious nature of the Takata airbag recall and serves as an important call to action,” said NHTSA in a statement. The agency urged owners to check for open recalls using their vehicle’s 17-digit vehicle identification number (VIN) on the NHTSA website.

NHTSA prioritized recall repairs based on vehicles that pose the highest threat to safety. Research shows that airbags in older vehicles and those with prolonged exposure to hot and humid environments have a much greater risk of exploding.

The Civic from the Phoenix crash was owned for less than three months before the deadly incident and has been under recall since December 2014. There is no federal requirement, however, that used car sellers repair recalled vehicles or inform buyers of unrepaired problems. Honda told the Associated Press that it mailed 12 recall notices and made more than 20 phone calls to the previous owners in an effort to reach them about the repairs.

Another complication in the Takata airbag recall is that some airbags installed as replacements are themselves problematic.

Honda announced in May 2019 that it is recalling more than 19,000 vehicles with airbag inflators that might have been incorrectly installed during replacement, possibly causing the airbags to not deploy properly during a crash. The recalled vehicles include 2006 – 2016 Honda and Acura vans, sedans, and crossovers. Dealers are expected to begin repairs on June 28.

In March, Honda recalled 1.1 million vehicles from model years 2001 – 2016 because the replacement airbags have been deemed defective. Honda issued the recall following a crash in which a 2004 Honda Odyssey’s Takata replacement inflator ruptured, causing injury to the driver. “A subsequent investigation revealed that PSDI-5D inflators manufactured at Takata’s Monclova, Mexico facility experienced manufacturing process errors that introduced excessive moisture into the inflator during assembly,” Honda said in a statement.

Tens of Millions of Inflators Still to Be Replaced

As of January 2019, more than 56 million airbag inflators in 56 million vehicles have been recalled for defective Takata airbags. By the end of next year, the number of recalled inflators is expected to reach 70 million.

Of those airbags recalled so far, millions remain unrepaired. In some cases, manufacturers are waiting on replacements. In other cases, dealers are equipped to make repairs but owners aren’t bringing in their cars.

NHTSA data shows that completion rates vary by manufacturer. As of June 2019, Honda/Acura has approximately 35.5 million vehicles needing replacements, with more than 29 million repaired. Toyota has replaced around 8.3 million of 12.8 million affected airbags. At Ford, less than half of the company’s 9.5 million recalled airbags have been repaired. And out of 17.8 million Chryslers with faulty airbags, roughly 9 million have been repaired.

A Fiat Chrysler Automobiles (FCA) spokesperson told ABC 15 Phoenix that, “we’ve had parts available for years; our biggest challenge is getting affected customers to bring in their vehicles for repair.”

Additional vehicles are expected to be recalled by December 2019. These vehicles will not currently appear under NHTSA’s VIN search. While no recall should be ignored, NHTSA’s priority system means that some Takata-equipped vehicles are more dangerous than others. The agency advises that owners of certain Honda, Acura, Ford, and Mazda vehicles DO NOT drive them unless they are going directly to the dealer for repairs.

For lower-priority vehicles, customers may be able to secure a loaner car until repairs are completed, although dealers are not required to provide this service. Just because your vehicle has a recalled Takata airbag does not mean that it will explode when deployed. The vast majority will perform normally, says NHTSA.

Still, it is not a good idea to delay repairs. With 24 deaths and counting, many Takata airbags are potentially ticking time bombs. As the recall approaches its sixth year, when the saga will finally be over remains an open question.