A System Derailed: What Happened to NYC's Subway? 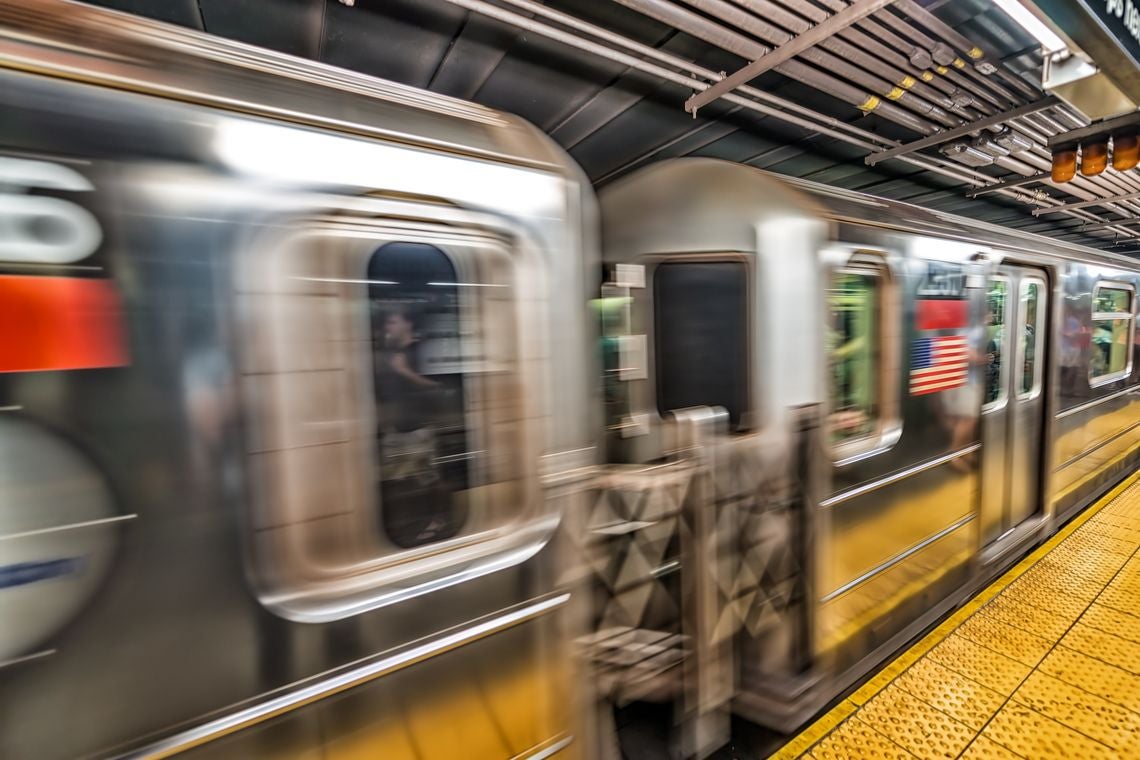 There’s something wrong with New York City’s subway system. There may be a lot of things wrong with it. In what has been a banner year for delays, power outages, and signal problems, a subway derailment in Harlem that injured more than 30 people is a tipping point for some commuters.

Gothamist reported that a southbound A train crashed into a wall between W 135th and W 125th streets, blowing the door off a car and starting a garbage fire on the tracks. NBC New York recently reported that the MTA’s preliminary investigation claims the cause was equipment stored in the tracks that an employee failed to safely secure.

Passengers on the derailed train — as well as those on the trains in front and behind it — were eventually evacuated, but the experience was a harrowing one for straphangers.

“A couple of people tried to open windows or doors to get out. We were just sitting there and no one tried to tell us over the intercom,” Carrie Courogen, one of the passengers on the train, told Gothamist.

The crash, which blew off an entire subway door, was the latest in a series of escalating problems for the Metropolitan Transportation Authority. The agency has already been plagued with systemic delays and power outages for much of the year.

A major derailment and crash, however, is bringing the MTA’s problems to the forefront more than ever. People are angry, and a number of recent developments suggest they may have lost all trust in the organization entirely. What has become of New York’s much relied on subway system?

Old Equipment and a Lot of New Commuters

A lot of trains and tracks for the MTA’s subway system haven’t been given an update in decades. That’s a problem, considering how much the population has changed.

NYC had 8.5 million residents in 2016, quite a bit more than the 7.07 million that lived there in 1980, according to a New York Post piece. In addition, the number of people commuting into the city for work has increased, and from 1990 to 2016, the number of tourists more than quadrupled, going from 13 million to 60 million.

That’s an enormous number of new people using a system that has not gotten the timely and consistent updates it needs. Trains get used more, and they get more crowded. Old trains full of people packed like sardines is a common sight. With all of this happening, it’s easy to see how things can start going wrong. Increases in trains cause delays. Increased usage of old equipment could lead to problems like power outages.

Just look at the decline of timely subway rides:

And if these older trains aren’t able to competently handle a standard subway ride, they probably aren’t going to react well to a human error like the one that caused the A train crash.

How Effective Are the MTA’s Emergency Evacuation Procedures?

With the crashed subway train being safely evacuated, as well as the trains in front of and behind it, it seems wise to look into the MTA’s evacuation procedure.

In total, there are four procedures the MTA has in place, according to their website. They are:

To the MTA’s credit, it’s a fairly comprehensive plan for evacuating passengers. But how effective is it?

Though the MTA followed their protocol in evacuating the trains, those who were in the train were not satisfied. They were left in the literal dark for 10 minutes without knowing the situation, and one passenger tweeted that straphangers weren’t even evacuated until the smoke around them became a major concern.

1/ NYC morning shenanigans: @MTA A Train broke down and caught fire @ 125th. They didn't let anybody off (except 1 cart) until smoke came...

People felt scared, panicked, and unsafe. And the evacuation procedure, followed to a T, did nothing to alleviate it.

Do New Yorkers Trust the MTA?

The subway has been in decline for some time, that much is clear. But this year has seen a backlash to it unlike any of the past several. Have the subway passengers in New York lost all of their trust in the system?

For some frustrated passengers, angrily tweeting at the MTA and Governor Andrew Cuomo has become a new pastime. “Train traffic ahead of us” has become a running joke for many commuters, seen as a catch-all explanation that conductors use instead of explaining what’s actually going on. Though these tend to use humor, it does suggest that a lot of passengers feel as though authorities are not telling them the truth.

The frustration is spilling over in dangerous ways: Some people are starting to just leave trains and walk the tracks when facing long delays. Take, for instance, a recent 3 train delay in Brooklyn involving someone injured on the tracks.

After 10 minutes, while first-responders tended to the injured man, about 30 fed-up passengers left the train and instead walked through the tunnel to the exit, ignoring the conductor’s pleas for them to stay on the train, according to the Daily News.

It’s a startling thing to behold, the realization of just how many people were willing to risk walking through a subway tunnel because they deemed it safer than staying on a delayed subway train. It’s bad enough that passengers are dissatisfied with the standard protocol, but when they start bypassing it entirely to leave the train, this raises serious safety risks.

Frustration with the MTA is coming to a head. And if more people start ignoring conductors and leaving the trains for dark tunnels, the uphill battle the MTA faces will get a whole lot steeper.

What If You're Hurt on a Train?

Common carriers like the MTA owe passengers a reasonable duty of care. Failure to keep conditions safe or warn passengers of dangerous conditions would be a breach of that duty. If someone is injured as a result, they may be able to file a liability lawsuit.

If you or a loved one has been injured in a train or elsewhere because of allegedly negligent actions of others, we may be able to help. Our attorneys are well-versed in a number of practice areas. To learn more, fill out our free case review form.