Self-Driving Car Laws: What the Biggest Players Are Planning 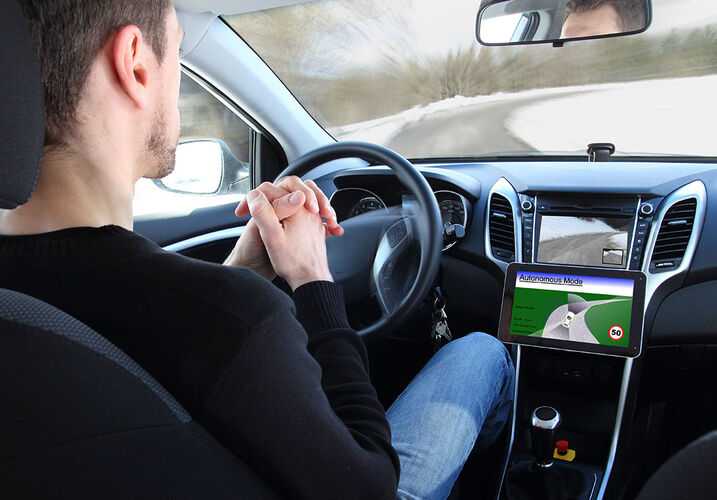 The full implementation of self-driving cars on U.S. roadways is a goal of countless pioneering technology companies.

Proponents of autonomous vehicles cite lower labor costs, safer roadways, and leisure time returned to those who spend hundreds of hours a year driving to work. However, with the advent of this technology comes concerns about regulation, safety, and liability, especially in light of revelations that a Tesla driver died in a crash the car was on autopilot.

The U.S. National Highway Traffic Safety Administration (NHTSA) will be issuing its first set of guidelines in July in an effort to establish order around the present and future deployment of self-driving cars. This set of guidelines will set the tone for how regulation agencies will treat autonomous vehicle technology, and whether they favor it as the new wave of safe and efficient transportation or a gimmicky consumer product.

Google, Tesla, Uber, Lyft, and Volvo are particularly vocal in the fight for self-driving cars and have formed a coalition to push legislation through to get self-driving cars on the road as quickly as possible. These companies all stand to gain a great deal from the implementation of autonomous vehicles and seek to change consumer and regulator attitudes around autonomous vehicles.

Here is a breakdown of how each company plans to use autonomous driving technology and their goals for July’s decision regarding self-driving car regulation.

Google is pushing for full automation, and has done the most of the tech companies to mold regulation to its favor. Most notably, the NHTSA ruled in Google’s favor to classify the artificial intelligence system piloting a self-driving car as the “driver” under federal law. This would mean that, unlike other companies that are creating operable vehicles with autonomous features, otherwise known as semi-autonomous cars, Google would release cars without steering wheels, pedals, and other equipment that would allow a human to control the vehicle.

This ruling’s impacts on liability are yet to be seen. Insurance companies will have to take fully autonomous vehicles and their impact on accidents into consideration when creating policies in the future. If a human-operated vehicle and a fully autonomous vehicle got into an accident, for example, would the human have the greater burden of proof to show zero fault in the accident?

Tesla has already incorporated some semi-autonomous features in its vehicles. The Tesla Model S and Model X allows users to summon their vehicles or send it away to park itself and shut down, all via their smartphone. The company sends over-the-air software updates to its vehicles, providing more sophisticated autonomous driving features with each update. With these semi-autonomous features, users are even able to allow the car to autopilot in certain circumstances, though the vehicle requires the user to keep hands by the steering wheel at all times in case of an emergency that would require manual steering. These manual features are essential as self-driving car technology still has a long way to go until it is accident-proof. Revealed this month, a man was killed in a crash with a tractor-trailer in May while his Tesla Model S was in self-driving mode.

However, the ultimate vision of Tesla founder Elon Musk is to create a fleet of safe, fully autonomous vehicles – something that may be less than two years away, according to Musk’s remarks at the Code 2016 conference. In this regard, Tesla’s goals align with Google’s goal to create a vehicle in which drivers simply input their destination and are not required to operate the vehicle at all. This would require greater follow-up on the NHTSA’s ruling that a vehicle’s AI can be considered a driver.

As app-hailed cab companies, Uber and Lyft look to autonomous vehicles as a way to improve service to customers while lowering labor costs. The goal of the two companies is to create a fleet of ride-sharing cars that can be hailed by customers without the need for a driver. As an increasing number of independent contractors working for these two companies are going on strike, Uber and Lyft appear more eager than ever to adapt to nascent self-driving technologies.

Similar to Google and Tesla, these ride-sharing companies want fully autonomous vehicles, but for commercial purposes rather than individual passenger transportation, which creates a separate set of liability issues to be addressed by regulation.

Unlike the other companies focused on autonomous vehicles for passenger use, Volvo is focused instead on autonomous trucks for the purpose of transporting cargo, especially in dangerous conditions. Volvo is already positioning itself as a solution for the mining industry, providing trucks that can self-operate underground around the clock, without the safety risks that inevitably come about with people working long shifts.

Volvo’s automation also comes at a time when the United States is facing a major shortage of truck drivers; the country is short as many as 35,000 drivers, according to the American Trucking Association. Automated trucks could help create a solution for this shortage of human drivers, but it would also largely eliminate the need for truck drivers. It remains to be seen how regulation would either enable or prevent automation from impacting trucking jobs.

Consumers and technology companies alike eagerly await NHTSA’s soon-to-be-released guidelines regarding self-driving car technology. These regulatory guidelines will set a historic precedent for how regulatory agencies will balance passenger safety and protectionism while still encouraging innovation among the tech giants.