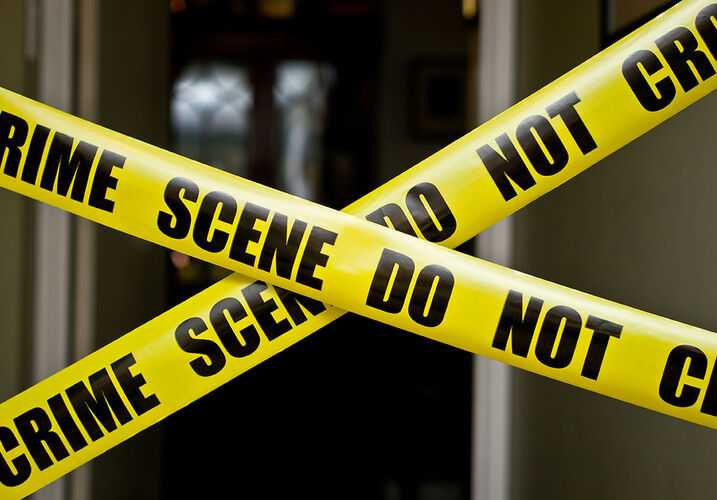 An eight-year-old boy died Tuesday, marking another tragic event stemming from a shooting in a Sanford, Florida, home a day earlier that claimed his mother’s life and ultimately injured four others.

Police arrested Allen Cashe, an ex-boyfriend of LaTina Herring, in connection with the shooting in Sanford, a town outside of Orlando.

Authorities believe Cashe broke into Herring’s home and, using an AK-47, shot her, her two sons, and their grandfather. Herring died at the scene, and her son died Tuesday. Cashe then allegedly left the premises in his car{:target="_blank"} and approached a bus stop before injuring two innocent bystanders, according to the Orlando Sentinel. Police arrested him shortly thereafter.

Authorities say the fight allegedly began when Herring took Cashe’s car keys away from him.

Cashe is in custody at Sanford County Jail without bond after confessing to police he fired an entire AK-47 magazine inside Herring’s home. He’s charged with first-degree murder, multiple counts of attempted murder, possession of a weapon by a convicted felon, and violating probation, according to authorities.

“Death has never been easy to talk about,” Jamelia Jarrells, an assistant teacher at the son’s after-school program, told the Orlando Sentinel. “He was a really good kid, just fun-loving. He will be missed.”

The eight-year-old’s brother and their grandfather, Bertis Herring, are currently in the hospital being treated for their life-threatening injuries. They remain in critical condition.

Cashe’s alleged rampage took place mostly in the home of his victims, but spilled out into the streets.

Feeling Safe in Your Home

Cashe’s spree occurred in and outside of a home, but in some circumstances — such as if a shooting like this were to occur in a mall, club, or similar establishment — an owner or operator could be liable under a legal idea called negligent security.

Negligent, or inadequate, security occurs when an entity fails to secure the safety of its patrons on their premises. A big part of a negligent security lawsuit is determining if a business owner or operator could reasonably expect the crime to occur on their property.

Businesses are increasingly forced to prepare for mass shootings, assaults, and other crimes on their property. A homeowner association could be similarly responsible for their community. The threat of mass shootings is higher than ever{:target="_blank"}, according to a report released by the FBI.