Hazards and Safety Tips for Concrete Workers in Orlando 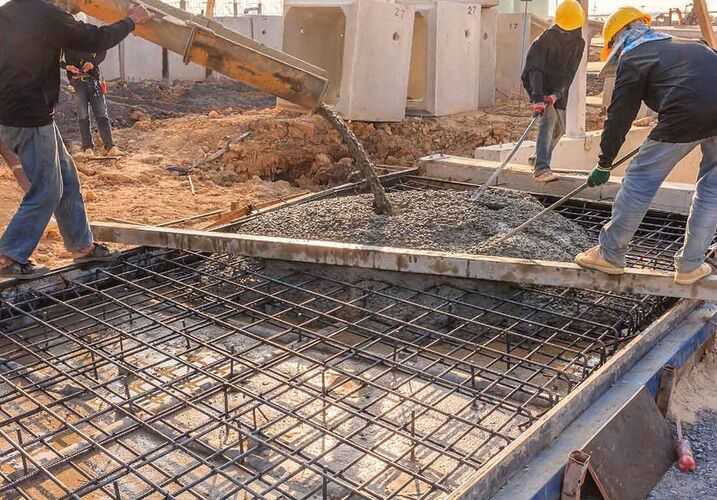 Earlier this week, several workers in Orlando were injured after the floor of a hotel under construction collapsed beneath them while they were pouring cement. The concrete workers were working on a building that had been cited by safety inspectors just months before, and investigation is currently underway to determine if the structural deficiencies discovered in March were the cause of the collapse. Fortunately, none of the workers were fatally wounded, but the accident is a reminder of the consequences of unsafe work environments, especially when working with a potentially hazardous material like cement.

Here are a number of hazards associated with concrete work and safety tips for concrete workers in Orlando to help avoid another accident like the I-Drive construction site collapse.

Eye protection, preferably full-cover goggles or safety glasses with side shields, is a must when working with concrete, as the splattering concrete and dust can permanently damage your eyes. Concrete poses an equal hazard to your skin, as its alkaline chemical composition can cause severe burns with prolonged contact.

Be sure to always wear a long-sleeved uniform with high, rubber boots to protect your skin from being saturated with concrete. If your clothes do become saturated, remove them immediately and change into a new uniform. Wash any skin that has made contact with wet concrete with soap and water.

Concrete dust doesn’t just pose a risk for eye damage; it can also be hazardous to your lungs. Cement particles are minuscule and have trace amounts of silica, which is known to impair and damage lungs over time. Always use a mask or respirator on the job to keep your lungs safe from harmful chemicals and dust.

The dust can also pose a risk to a concrete worker’s family by way of their work uniform. Workers are advised to shower if possible and change into clean clothes before leaving the worksite to prevent contamination.

Orlando workers know just how hot Central Florida is in the humid summertime, but it is easy to overestimate your body’s ability to deal with the heat. Without rest in the shade and water, construction workers can suffer from heat exhaustion or heat stroke. 2,630 workers suffered from heat illness in 2014 alone, according to the Occupational Safety & Health Administration. Concrete workers are especially at risk as they wear bulky protective clothing while doing heavy work. Workers should be aware of the signs of heat exhaustion, and monitor for dizziness, cramps, nausea, fast heartbeat, confusion, and red, dry skin. Be sure to drink water every 15 minutes and keep an eye on fellow workers who may be experiencing heat illness.

Anyone can tell you that concrete is a heavy material, but it’s those who work with concrete daily who know just how much of an impact lifting even a small amount of concrete can have on your back. It is essential to be aware of ergonomics when working with concrete, as work-related musculoskeletal disorders can be truly debilitating and require expensive medical treatment.

Be sure to lift from the knees when picking up cement, sand, and water supplies, rather than bending down to lift items. Never twist at the waist when lifting and carrying heavy objects. Better yet, use dollies, hand trucks, and wheelbarrows when available to reduce the need to lift heavy objects on the job.

The workers who were injured during the collapse of the hotel under construction on International Drive were lucky, according to the Orlando Fire Department. "Ultimately it could have been a fatality," Lt. Dave Bauss of the Orlando Fire Department explained to WESH. Not only did they avoid falling all the way to the ground, but the workers were also not struck by objects that fell during the collapse.

Unfortunately, the workers were exposed to the struck by object hazard because their workplace suffered from possible structural deficiencies. It’s important for all concrete workers to be able to spot signs of a dangerous workplace environment and report them to OSHA. A worker can report their workplace to OSHA by phone, mail, or online, without fear of retaliation.

If you or someone you love has been injured while working in construction because of inadequate workplace safety measures, you may be able to recover compensation. Read more to learn how our workers’ compensation lawyers at Morgan & Morgan can help you. If you’re ready to pursue a claim, fill out our free, no-risk case evaluation form today.