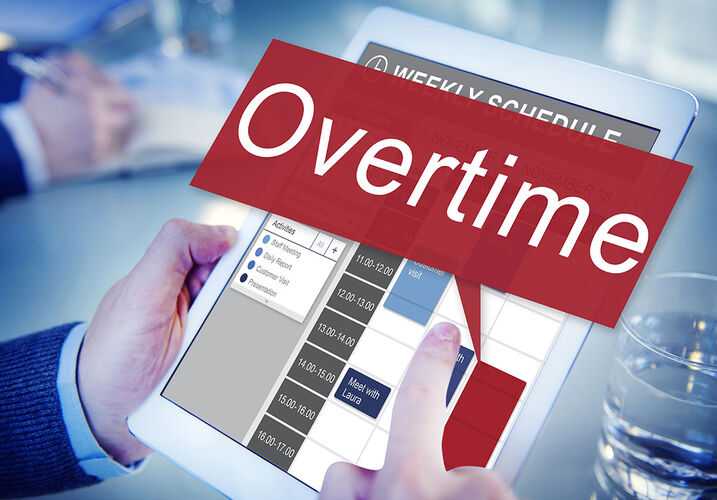 The new rule expanding overtime pay to millions of hardworking Americans, was blocked by a federal judge just days before it was set to go into effect. The U.S. Department of Labor has promised to challenge the ruling, arguing that it was completely within its right to increase the salary threshold to be considered exempt from time-and-half-overtime, according to the New York Times.

The rule was set to go into effect on December 1, and would have expanded overtime pay to workers earning less than $47,476. Currently, only those making less than $23,660 are eligible for time-and-a-half overtime if they work more than 40 hours a week. That limit was set 12 years ago, according to the Times.

The federal judge in Texas ruled that the DOL had exceeded its Congressional authority by increasing the salary level by such a large amount, and issued the national injunction as a result. However, the ruling is only temporary, and more than four million workers who were expected to benefit from the increased salary exemption will have to wait until the judge has time to review the matter more carefully.

How Would the New Rule Have Benefited Workers?

Had the rule gone into effect as planned, millions of workers would have been given a couple avenues to make more money at work.

Certain employers may have found it more cost-effective to raise their employees' salary's above the threshold to keep them exempt from overtime. Other employers may have just decided to pay overtime to the employees who would have been eligible under the new rule. Either way, millions of workers would have seen a bump in their wages.

Aside from there being many hard working people who don’t qualify for overtime, but also don’t make enough to adequately support themselves and their families, there are workers being cheated out of overtime who deserve it under the current rules outlined in the Fair Labor and Standards Act.

How is Wage Theft Committed?

Wage theft is not uncommon in many industries, some that are even surprising. From fast-food workers to bankers, employees of all kind lose out on money they rightfully earned.

White collar workers are often given inflated job titles that make them seem more important than what their actual duties are in order to exempt them from overtime under the job duties exemption in the FLSA. There are currently five different types of jobs — executive, administrative, professional, computer, or outside sales — that are exempt from overtime if certain job duties are performed by an employee.

Blue collar workers, on the other hand, have their overtime rights cheated more explicitly. Sometimes they are told to clock out, so they don't exceed 40 hours and require overtime pay, even though they must continue working. Other times, workers are just outright not paid overtime even though they worked more than 40 hours in a given week.

Had the new rule gone into effect more people would have been eligible for overtime, but wage theft would still remain a serious problem.

What Can You do If You Suspect You are the Victim of Wage Theft?

The Department of Labor is considering all of its legal options to get the new rule instated according to the New York Times, but in the meantime, average workers may also want to consider their legal options.

Overtime pay is vital to millions of workers, and the money they are cheated out of can make a real difference in their lives. If you suspect you are one of the people unfairly being denied overtime our wage and hour attorneys may be able to help.

They have experience handling all types of wage theft cases, and might be able to help you if you are eligible. Find out exactly how our attorneys may be able to help today by filling out a free, no-obligation case evaluation.