What If Jackson Had Better, Safer Roads? 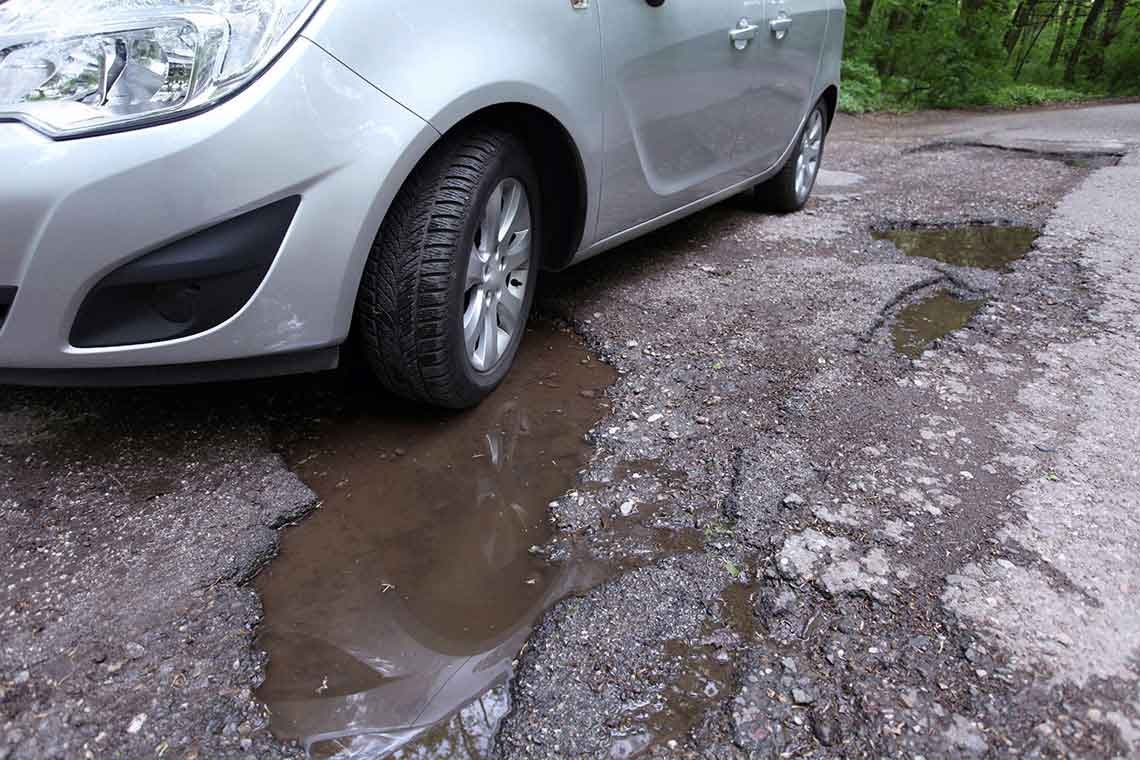 Safer roads that don’t lead to potentially thousands of dollars a year in repairs for drivers could be right around the corner, assuming $7 million in federal funding and additional local dollars come through, according to a Northside Sun report.

Although the federal money would cover a sizable chunk of the construction, city and county officials still need to fund the design and some of the overall project costs, Department of Public Works Traffic Engineer Robert Lee told the Northside Sun. He said the areas are in desperate need of attention.

For example, Lee told the Sun that the Northside Drive project area is “beat up, torn up — even the sidewalks are bad.” The area, lined with the homes of Jackson residents, has seen significant use over the years. It’s peppered with cracks and gaps in some places and heavily stained with engine oil in others.

Jackson’s Roads Are Part of a Larger Issue

This isn’t the first time alarm bells were sounded over the state of Jackson’s roads. A recent report from TRIP, a leading transportation research organization, says that nearly half of the roads in Jackson are in poor condition, while 22 percent of roads across the entire state of Mississippi are structurally deficient.

TRIP’s March report outlines that the substandard state of the area’s roads and bridges has a major impact on Jacksonians’ pocketbooks, costing them nearly $2,000 a year in car repairs. More recently, on Oct. 24 the Clarion-Ledger reported that to-date the city has itself had to pay out more than $170,000 to help cover the cost of these repairs.

It’s not just costlier repairs that pose problems for Jacksonians, though. There’s also a real risk that roads that aren’t improved can be very dangerous. The same Oct. 24 article relates one driver's experience being run off the road by a pothole, narrowly avoiding disaster. Then, the police officer reporting to the scene did the same thing.

The danger in this story is not unique. TRIP’s report ranks Mississippi fourth in the nation in safety hazards, with high fatality rates related to things like poor street design, problems with shoulders, and inadequate signage.

The city’s bid for federal dollars includes several other projects in addition to the stretch of Northside Drive. Another of the proposed areas is a dual-project restoration of North State Street from Fortification Street to Woodrow Wilson Avenue.

Medgar Evers Boulevard would also receive some much-needed attention. Its leadup to the Woodrow Wilson intersection is worn to the bone. Woodrow Wilson Avenue itself would see more redevelopment where ancient concrete and awkward medians dominate. Some relatively new pavement has been laid outside the G.V. (Sonny) Montgomery VA Medical Center, but even this section could benefit from the major facelift proposed along the corridor from Mill to I-55.

Two other notable roads in the project package sit parallel to one another. Pearl and Pascagoula Streets run through the heart of downtown, near buildings like City Hall and the Mississippi Museum of Art. Much of Pascagoula Street is coated in patchwork solutions, and Pearl doesn’t look much better. Their reconstruction could polish the city’s image.

A one-percent sales tax increase of Jackson would likely fund the city’s part of the cost, according to the Sun. The projects, if approved for grant funds, would still require an investment of several million dollars, pending approval from the state-appointed committee.

But the alternative isn’t pretty. Pockmarked and worn roads eat away at the life of your car, and are related to an increase in accidents. Fixing frequently traveled roads means an easier, safer commute for you and your family — perhaps it’s worth the expense.

But the city’s plans, while extensive, do not repair every road in need of attention in Jackson. The Mississippi legislature can decide{: target="_blank"} on more universal infrastructure plans for the state, including Jackson. But the process is a difficult one.

Potholes, ragged roads, and dangerous intersections are just some of the troubles motorists face every day on our streets. Sometimes, accidents happen. If you’ve been in accident and are curious about just how our car accident attorneys could help you, check out our car accident information page. Contact our office at (601) 949-3388 or fill out a free case evaluation today if you’re ready to file a claim.

This post was updated on Oct. 24 to reflect new information from the Clarion-Ledger.