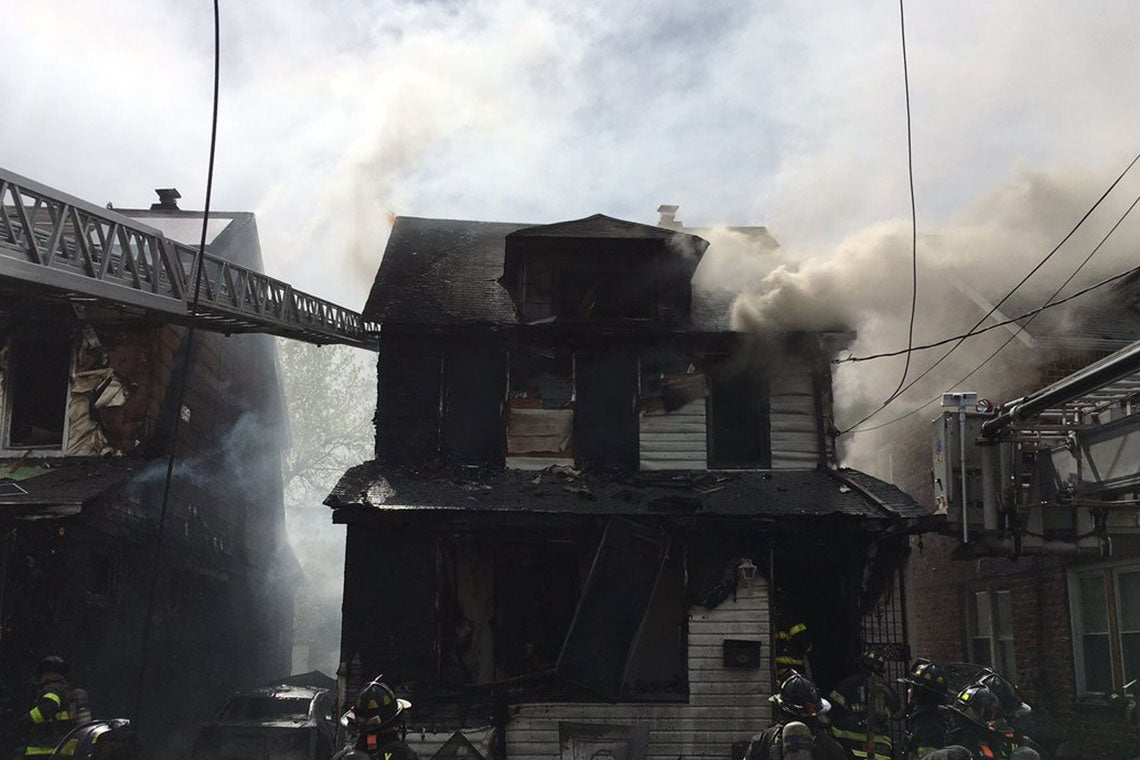 Authorities are working hard to determine the cause of a house fire that killed five people in Queens on Sunday.

The fire started around 2:30 p.m., and the first firefighters arrived about ten minutes later, New York City Fire Commissioner Daniel Nigro told reporters. But the house was already ablaze{: target="_blank"}, according to the New York Times.

BREAKING: At least 5 people — including 3 children — have died in a Queens house fire https://t.co/p8BGB9hVl3

“These homes were built 97 years ago,” Nigro said. “They’re wood-frame homes, and they burn rapidly.”

Fatalities in an afternoon fire are highly unusual, according to a New York Fire Department official. People are generally awake and can easily escape the flames.

Fires can spread incredibly quickly, leaving you scrambling in even the best of circumstances. The Queens fire blazed through the home all the way up to the attic in a matter of moments, making rescue very difficult.

Brush Up On Your Fire Safety

Home structure fires are frequently caused by cooking materials, smoking materials, and heating equipment, according the National Fire Protection Association. Making sure your family prepares for a fire and understands what in your home can cause one is critical to ensuring your safety.

Smart moves like creating an emergency plan, practicing responsible cooking, and teaching your children the importance of fire safety, may help your family survive a blaze. Faulty wiring or broken appliances like dryers and ovens also contribute to fires, and keeping up on maintenance is another way to protect your home.

You can improve your home’s safety by reaching out to your landlord or local fire marshal to determine if the property is up to code. They probably have a better idea about the requirements, and can help you install smoke detectors, provide fire extinguishers, and more. Don’t hesitate to get a second opinion, either.

Many cities or towns make landlords responsible for providing smoke detectors, fire extinguishers, and accessible emergency exits. Keeping smoke detectors in good condition after installation might fall to the tenant, though.

Your landlord could also be responsible for fixing a gas leak or cleaning a dirty dryer hose, and the ensuing damage if they neglect their responsibility. A knowledgeable fire injury attorney may be able to prove negligence on the part of landlords or manufacturers, depending on the situation. You can learn more about keeping your family safe and holding your landlord accountable with our fire safety checklist.

As for the Queens fire, authorities are investigating a car parked in the driveway to determine its role{: target="_blank"} in the fire, according to ABC 7.

“This is a very, very painful day,” Mayor de Blasio told the media shortly after firefighters contained the inferno. The mayor spoke at a church in Queens earlier that day. “We don’t have all the answers about what happened here.”

(Feature Photo: A screenshot of a CBS New York report.)