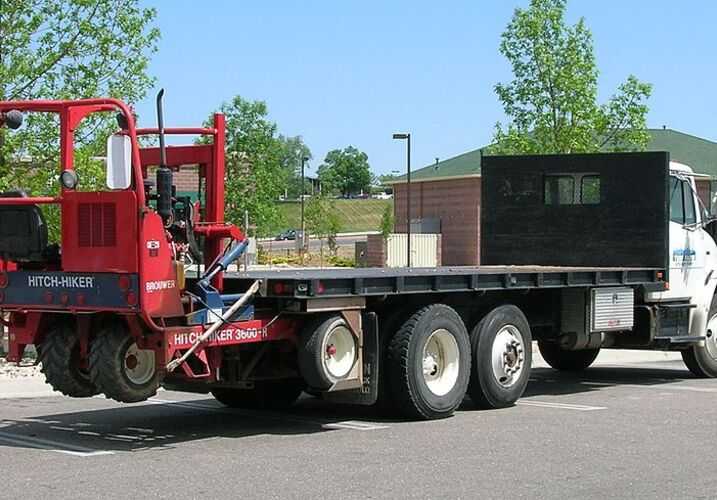 A female pedestrian was killed by a flatbed truck in Chicago’s River North neighborhood on Sept. 17, CBS 2 reported. The accident occurred around 11:30 a.m. at the intersection of LaSalle Drive and Grand Avenue. The pedestrian, whose name was Elizabeth Boshardy, was taken to Northwestern Memorial Hospital, where she was pronounced dead. Boshardy worked as a data analyst for Trunk Club, a personal stylist service, according to her LinkedIn profile. Friends said she was pregnant.

According to a witness, Boshardy was in the crosswalk at the time of the accident and had the right of way. The driver, who said he did not see her, was cited for failing to yield to a pedestrian in a crosswalk. The truck, which was carrying a forklift, is registered with the U.S. Department of Transportation as a private, interstate carrier of building materials by the Rauch Clay Sales Corp. A shoe could be seen lying beneath the vehicle following the incident. Records show that roadside safety inspectors have not seen the truck or the driver within the past two years. Detectives are still investigating the incident.

Truck crashes are devastating to victims and their families. Fourteen percent of the 4,102 large-truck deaths in 2017 were pedestrians, bicyclists, or motorcyclists, according to the Insurance Institute for Highway Safety. Almost three-quarters of truck deaths involve a tractor trailer. According to a paper published in the journal Injury Prevention, pedestrian trauma is more severe and the mortality rate is higher for truck-involved collisions, compared with those involving passenger vehicles. If you or a loved one has been the victim of a motor vehicle accident, contact Morgan & Morgan for a free consultation. You may be entitled to compensation for hospital bills, lost wages, funeral costs, and more.