Pensacola Signals All Aboard for Amtrak's Return to Business 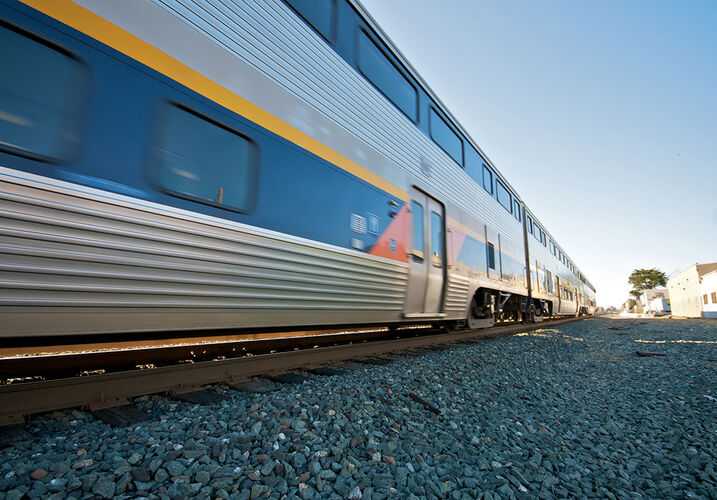 Amtrak is ready to restore the Sunset Limited to its former glory, and the help of officials throughout the state could speed up the process. The Sunset Limited is Amtrak’s transcontinental route in the southeast, once running from Los Angeles to Orlando. Pensacolans and Floridians beyond the city are excited because of the promise that it may soon do that again.

Earlier this year an Amtrak inspection train trundled from [Jacksonville] (/jacksonville/) to New Orleans, stopping in Pensacola on the way. Now, state and city officials are trying to move the proposal to restore the line to the express lane, according to the Pensacola News-Journal. The project highlights the Sunset Limited and its value to the area. Here’s a look at the history of the line, why it’s receiving broad support, and what its benefits could be.

The History of the Sunset Limited

Sunset Limited, the second transcontinental route in the country, runs today from Los Angeles to New Orleans, sliding through several other big cities like Tucson, El Paso, Houston, and San Antonio, according to Amtrak’s train route guide. But its scope used to be much wider.

The route once serviced over a dozen Florida stations beginning in 1993, from weightier Pensacola, Jacksonville, and Orlando, to small towns like Chipley and Palatka, until 2005. Hurricane Katrina caused storm damage, suspending the route, and though the tracks are fixed, ridership and performance issues have made resuming it a debate, per the News-Journal.

There hadn’t been much real progress until February’s inspection train, which was met with fanfare by some of the city’s officials, including the mayor and the sheriff. Restarting the line could mean giving the city a jump, and Pensacola is Florida’s gateway stop.

What The Line Means for Pensacola

Current options aren’t exactly accommodating. Amtrak offers trips on the Crescent and Silver Star Lines that take more than a day to get from New Orleans to cities like Tampa, Miami, and Orlando. That’s an enormous amount of time for what could be a straight shot through the Panhandle and across Florida, and right now Pensacola isn’t even serviced.

A passenger train coming to the city means Pensacolans can travel more freely to surrounding cities too, even the already-accessible New Orleans. It eliminates the trouble and hazard of taking a car to your destination. It also makes day trips a possibility, according to one Pensacolan’s fond recollection to the News-Journal.

Those offerings are fun, but the real opportunity comes with tourism. Travelers as far away as Los Angeles might find a reason to visit Pensacola, with its rich military and political history and its picturesque beaches.

Not only that, Amtrak and city, state, and federal officials need to consider the offerings to provide to a swelling population.

A passenger train probably isn’t going to do much for commuters, but the prospect of more affordable travel in the region is enough to tempt many Pensacolans, and the rewards could be valuable.

Amtrak’s services have often been criticized for their expense. An interactive look published by the Brookings Institution does little to argue against that. The Sunset Limited today is one of the few lines whose ridership has decreased in the past decade, but much of this can be attributed to its recent lack of service in Pensacola and deeper into Florida, which accounted for almost half of the line’s stops.

Its costs three years ago sat at just under $52 million, and with revenue and state funding the line’s balance was almost $40 million in the red. But this doesn’t factor in the leg from Orlando to New Orleans which existed until 2005, according to their report.

Amtrak estimates the New Orleans–Orlando daily route could net the line more than a hundred thousand extra passengers, and more than $12 million in revenue, which could be a boon as the route gets more exposure.

With so many authorities interested in seeing the Sunset Limited run again, the future may not be as far off as the five years predicted earlier this year by the Southern Rail Commission. The promise of easing the financial burden of the line, plus bringing in visitors, could be too good to pass up for everyone involved.

Restoring the route is about more than revenue. Some of the most commonly cited pleasantries of train travel include scenery and environmental friendliness, the central location of train stations, and practicality. Often there is no lengthy security screening, accommodations are roomy, and your luggage is readily available.

The rail is a safer option, too, according to a report from USA Today earlier this year. Cars and busses travel on crowded roads and expose you to more danger than trains, though many train accidents are high-profile and give the impression of increased danger.

Amtrak’s Sunset Limited looks set to return, and will service several stations between its initial foray into Florida starting at Pensacola and the traditional end of the line in Orlando. The addition might not promise a huge profit, but it does address a shortcoming, and clamoring Pensacolans and Floridians are ready.

Whether you indulge in the hopeful happen on every transportation method.