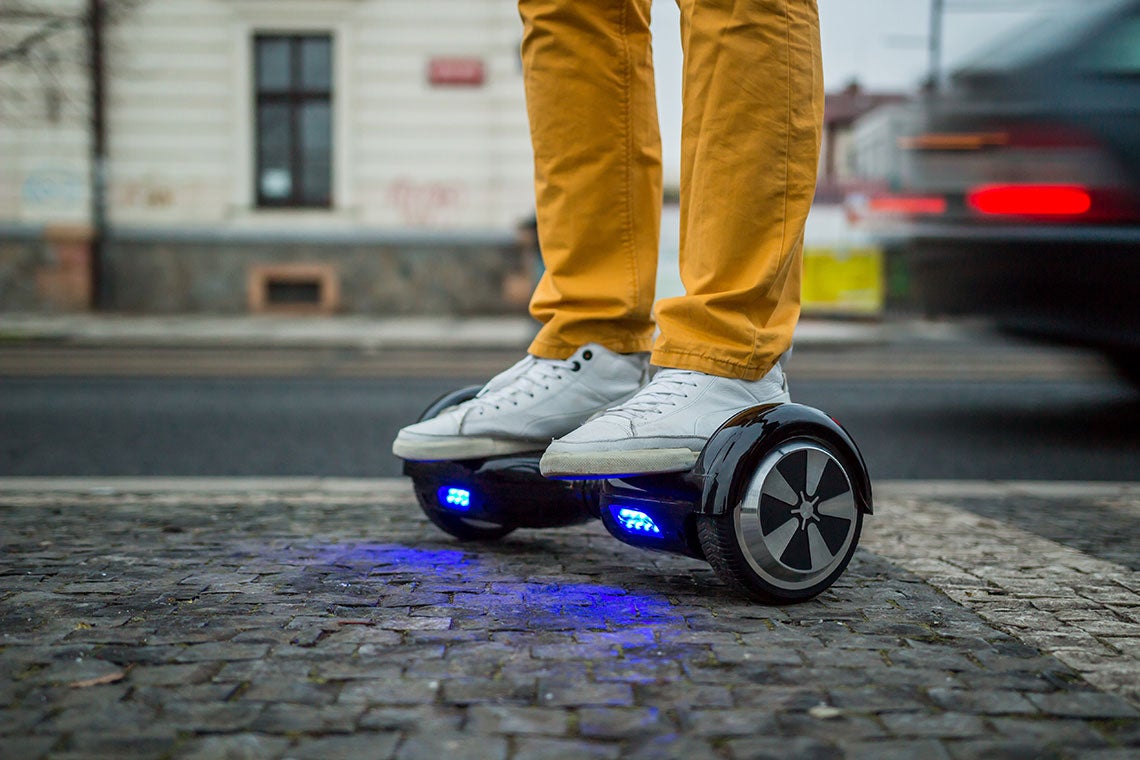 (Editor’s Note: This is a news story from the ‘Morgan Monitor,’ a news service offering legal perspectives on news that happens in your community.)

[Update, March 17: A second child{:target="_blank"} died in the fire linked to an exploding "hoverboard."]

A hoverboard fire in Pennsylvania Friday that ultimately killed one child, and injured others, marks the first time authorities have attributed a death to the problematic toys that are already banned from public transportation and airlines in cities across the nation. This latest event only underscores just how dangerous hoverboards could be.

Fire officials in Harrisburg reported that three-year-old Ashanti Hughes died Saturday after sustaining severe burns on much of her body following a fire at her home the day before. Of those injured, one victim jumped from the house and firefighters rescued three others. Two girls are still in critical condition at the Lehigh Valley Regional Burn Center. Authorities attribute the house fire to a hoverboard, a two-wheeled device that allows people to move along a little faster than walking.

Lieutenant Dennis Devoe of the Harrisburg Bureau of Fire died in a car accident while en route to respond to the fire, according to a Bureau statement.

The hoverboard’s powerful lithium-ion battery is to blame{:target="_blank"}, according to PennLive. Harrisburg Fire Chief Brian Enterline said at a press conference that the family “heard some sizzling and crackling in the hoverboard and shortly thereafter, it exploded in flames.”

Hoverboards quickly came under scrutiny following their cultural eruption in 2015. Concerns about their safety record stemmed early on from injuries due to poor motor control to faulty batteries that could ignite.

Hoverboards continue to face scrutiny. Many airlines — including major carriers like United, Delta, and American — ban them on their fleets because of the potential fire hazard. Several retailers like Overstock, Amazon, and Toys “R” Us have dramatically reduced their hoverboard inventory, choosing to carry specific brands only. Whether those brands meet safety requirements is unknown.

Much of the danger comes from the lithium-ion batteries, which manufacturers use in hoverboards and other tech products, like the recalled{:target="_blank"} Samsung Galaxy Note 7. Enterline and the CSPC noted safe brands are demarcated by stickers from UL, formerly Underwriters Laboratories.

Hoverboards are one of many products in an increasingly technological world that possesses the potential to cause serious harm. Manufacturers, designers, and even retailers could be held liable for defects stemming from a product’s poor design, manufacturing errors, or its failure to warn consumers of potential dangers. Amazon and some of its online store partners are still facing complaints alleging{:target="_blank"} injury from several parties.

As the danger for hoverboard malfunctions becomes more established, the increased awareness means some product owners are considering their options, including lawsuits. Some hoverboard cases could be subject to strict liability, which means the injured party’s attorney is only required to prove a defect exists for a manufacturer or distributor to potentially face liability. Manufacturer knowledge about faulty batteries, poor internal motor controls, or other defects could further contribute to liability claims.

CPSC investigators are still determining the nature — make, model, and potential defects — of the hoverboard that caused the Harrisburg fire. For his part, Enterline implored people to be careful when using hoverboards.

"We would ask if you are using these things and they are knock-off brands, please not use them," he said, at a press conference Saturday. "We've seen too many fires and too many fire fatalities as a result of these hoverboards."