One Firefighter Dead and Seven Others Injured in Maine Explosion 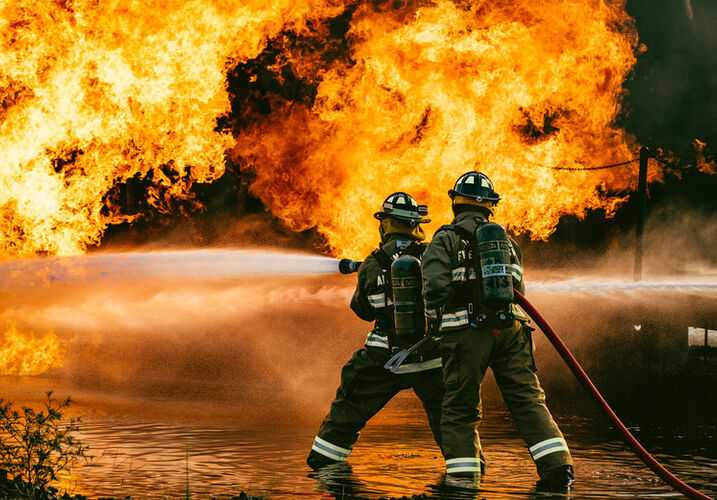 A Maine firefighter lost his life in an explosion in Farmington on Sept. 16, the Sun Journal reported. The blast occurred at the Life Enrichment Advancing People (LEAP) building sometime before 8:30 a.m. Capt. Michael Bell, 68, a 30-year veteran of the fire department, was killed. Five other firefighters were taken to multiple hospitals in Maine and Massachusetts with serious injuries. Among the wounded was fire chief Terry S. Bell Sr., who is Michael Bell’s brother and is also a department veteran. An ambulance employee was also wounded. Maintenance worker Larry Lord initially got people out of the building after detecting the smell of gas. While firefighters were investigating the leak, the building exploded. Lord is in the Massachusetts Medical Center and is being treated for multiple burns.

LEAP is a 38-year-old local nonprofit that provides services for those with cognitive and intellectual disabilities. A hole and scattered debris is all that is left of the organization’s weeks-old building. The explosion could be heard as far away as Jay, a town away. Multiple homes were damaged in the area, according to Department of Public Safety spokesman Steve McCausland. Witnesses describe a scene of complete devastation, with building materials scattered everywhere. In addition to the LEAP building, the local fire department’s ladder truck was damaged and taken out of service, Farmington Police Chief Jack Peck Jr. said. The incident forced the closure of Route 2 and prompted the Farmington Fair organizers to close the event for the day.

Natural gas explosions can not only harm people but also severely damage private property. Victims of such blasts may be entitled to compensation for medical bills, lost wages, reconstruction costs, and more. Contact Morgan & Morgan for a free consultation. Time may be running out to file your claim, so take action now to get the money you deserve.