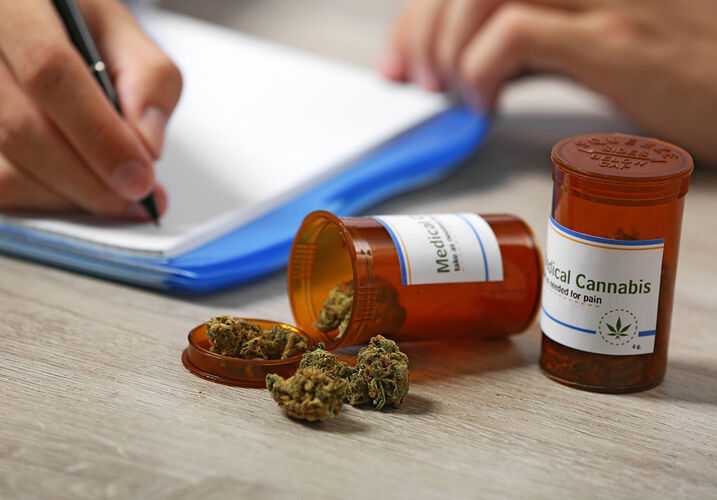 A recent study on the medical benefits of marijuana found that the plant may be able to combat Alzheimer’s disease. The U.S.-based study discovered that THC, the psychoactive ingredient found in the cannabis plant, may be able to fight some of the symptoms of Alzheimer's. This could prove to be a new weapon in the war on Alzheimer's, a heartbreaking disease that is on the rise.

The study also further legitimizes the case for legalizing medical marijuana in Florida for debilitating medical conditions such as Alzheimer's, known as Amendment 2, which Floridians are set to vote on in November.

Florida is one state that would definitely benefit from a new way to treat Alzheimer's. Only two states in the country have more Alzheimer's patients than Florida, but both California and Texas have larger populations.

In 2016, there were an estimated 510,000 Alzheimer patients in Florida, and that number could more than triple by 2050 if it increases at the rate the Alzheimer’s Association estimates.

Nationally, $236 billion was spent on caring for Alzheimer’s patients in 2016, a large chunk of which was likely spent in the states with the most patients, like Florida. That number is expected to rise to $1.1 trillion by 2050, but only if no progress is made in research to battle it.

Is Marijuana the Cure for Florida’s Alzheimer's Problem?

One path for curing Alzheimer's is by increasing research with substances that have displayed effectiveness fighting the disease. The study mentioned above that looked into the effects marijuana could have on Alzheimer's did just that, by showing that THC has the ability to stimulate the removal of toxic plaque in the brain, and block inflammation that damages neurons.

Other studies have also suggested benefits for Alzheimer's patients who use marijuana. However, none of the studies that have been conducted are conclusive, and more research is necessary.

Why Is It So Difficult to Conduct Research on Marijuana?

Despite the promising medical benefits of marijuana found by these studies and others like them, marijuana is one of the most difficult things to research because of its status as a so-called “Schedule One” drug, like heroin. This classification means that a drug has a high potential for abuse, no medical benefits, and poses a serious safety concern, according to the U.S. Drug Enforcement Agency.

It is its classification that makes studying the potential medical benefits of marijuana exceptionally difficult.

If one did wish to conduct medical research on marijuana, they would need to acquire a license from the DEA, have their study approved by the U.S. Food and Drug Administration, and obtain the marijuana from the National Institute on Drug Abuse. Generally though, NIDA only funds research that studies abuse and addiction, meaning a study looking into possible benefits of marijuana is unlikely to receive marijuana for research.

Is There Anything That Can Be Done to Change the Status of Marijuana?

Short of a decision by the federal government to reschedule marijuana, there is little that can be done to promote more research into the effects medical marijuana has on Alzheimer patients.

One power that people do have is to legalize it in their state to keep the national conversation on medical marijuana going. Eventually, if enough states legalize it, the federal government could no longer be able to ignore marijuana’s medical benefits and keep it as a Schedule 1 drug.

The people of Florida have an opportunity this November to do their part by passing Amendment 2.

If Florida, the third largest state in the country, legalizes medical marijuana and finds success with it as other states have, it would be more difficult for states without marijuana legislation and the federal government to ignore.

If people in Florida need more of an incentive to legalize marijuana this November, there are other advantages aside from the medical and financial benefits for Alzheimer's patients.

For example, vets suffering from PTSD have expressed their support for medical marijuana as a treatment option they would like to have for their condition, and news agencies in Florida have suggested that the Florida economy might enjoy a boost if medical marijuana is legalized.