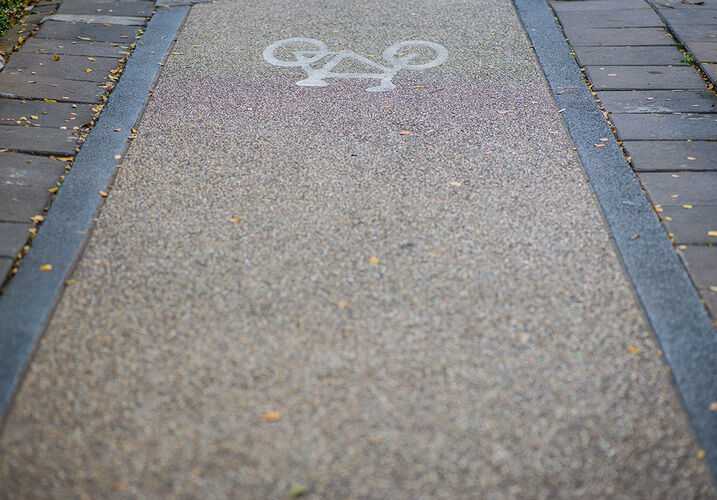 A decade ago, it probably would have been unfathomable to hear about cycling in Boston. The logistics of biking around the city were complicated, and those that did ride their bike at times had to do it on crowded roads, a dangerous prospect.

That was a long time ago, though. A study out of Harvard University determined that Boston has become far safer for cyclists. In fact, for each year from 2009-2012, a cyclist’s odds of getting hurt in an accident decreased by 14 percent.

Not coincidentally, during that time period the infrastructure of the city underwent a major overhaul, expanding bicycle infrastructure in ways that included not just lanes, but raising awareness of cyclist safety.

In the process, roads became safer for cyclists and drivers alike. Here’s how.

No Longer One of the Worst Biking Cities

In 2007, Boston had just 0.034 miles of bicycle lane mileage, which amounts to about 60 yards worth. For a city with its population density, this made the idea of going cycling a nightmare.

Experts agreed; according to the Harvard study, Boston was thrice listed as one of the worst biking cities in the country in Bicycle Magazine from 1999-2006. But in 2007, the city started a program to remedy this, called Boston Bikes.

Boston Bikes transformed the city into something of a haven for cyclists. That scant 60 yards yards of bike lanes turned into more than 92 miles in 2014. Road signs and parking were added as well to complement the mileage and add convenience for cyclists throughout the city. A bike share program was instituted, and put in work to build cyclist awareness.

With more room for cyclists to ride, the roads became less dangerous-seeming for them, and more people began to take their bikes out on the road.

More Cyclists Help Boston in More Ways Than One

The Harvard study hypothesized that the rapid growth of biking infrastructure would lead to a similarly rapid growth of bicyclists, and the analysis proved it to be the case. The bike share program, Hubway, logged over 100,000 rides in the first ten weeks alone. Those who commuted by bike went from 0.9 percent of commuters in 2005 to 2.4 percent in 2014.

With all these new cyclists on the road, bringing with them varying amounts of experience, the total number of accidents unsurprisingly increased from 2009-2012. But the rate of cycling accidents didn’t increase along with it. And perhaps even more importantly, the percentage of accidents that resulted in an injury declined each year. The more bikes there were on the road, the less chance there was of injury.

This declining accident rate helped make the odds of being hurt in a bike accident decrease each year, a major improvement for Boston commuters. But the study also notes the many other ways additional cyclists help the city - it benefits the health of cyclists, cuts down on congestion, and can lead to a decrease in pollution.

Boston is not the only city to have seen an increase in cyclist safety by adding infrastructure, but it is one of the more recent cities to do so. More cyclists on the road could sound dangerous, but it’s more likely to create awareness, and with it, a safer commute.

If you were involved in an accident while out cycling, you may have a case against the other party. Morgan & Morgan has attorneys in Boston experienced in accidents involving a variety of vehicles, and we could potentially be of service. Find out more about what our car accident attorneys have to offer you, or fill out a free, no-obligation form for an evaluation of your case.