From $0 to $1M: Matt Morgan on Why Trials Matter 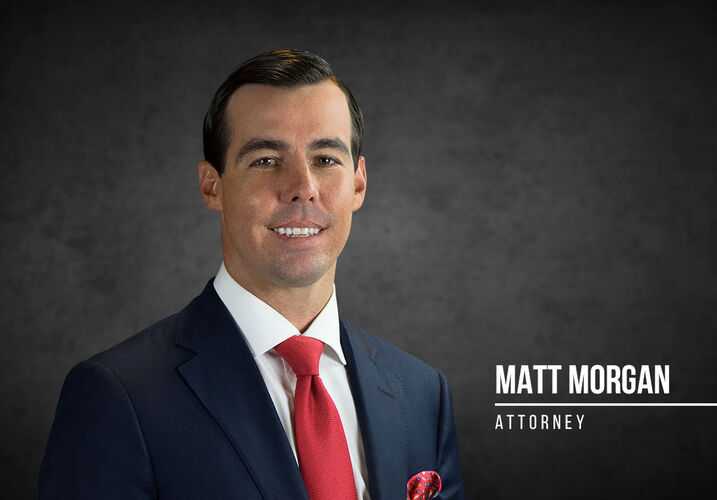 This is another entry in our week-long series celebrating the importance of trials]. Why are trials important? It's about justice. For more information on why trials matter, check out our handy guide.

One of our premiere verdicts in 2016 was against the City of Orlando on behalf of Trino Valdez, an Orange County resident who made the “mistake” of driving down East Robinson Street. The result was a laurel oak crushing him and his car as he drove to turn in a form to chaperone his daughter’s field trip.

With the city unwilling to own up to the fact that the tree should have been removed long ago, Mr. Valdez was facing enormous medical expenses and a broken back for an accident that he had nothing to do with. Matt Morgan was the quarterback on this case and successfully carried it through two trials to get his client the compensation he needed.

After a pretrial offer of zero dollars from the city, Matt was able to recover $1.1 million dollars for his client. Here, he describes the case in his own words.

Q: Can you describe the nature of the case?

Matt Morgan: On a beautiful clear night, a large laurel oak tree fell on our client as he was traveling in his vehicle down a busy roadway. The tree was known to be in poor condition by the named defendant for five years prior to it falling.

The tree was obviously in need of removal. However, the city failed to take the remedial measure of removing the tree.

Q: How did the outcome end up being so notable?

MM: I believed in the case. It was very difficult to prove. Most people think a tree falling is an act of God. We had to work through thousands of pages to find one report regarding this particular tree. Once we found the report, it was as clear as day. However, the defendant still refused to pay.

Q: What was one of the biggest hurdles you faced?

MM: Find the smoking gun document. There are over 100,000 trees in Orlando. Finding a report before the date of loss for one tree seemed to be a very difficult task. Once we found it, it was just a matter of convincing the jury that it was not reasonable to allow this tree to remain once they learned it was in poor condition.

Q: What was the most memorable anecdote from this trial?

What kept me up at night on this case was the thought that a biased jury could get the case and justice would not prevail. It made the jury selection process that much more critical. The thought of them getting a free pass on this one made me ill.

Q: What makes this case so important?

MM: It highlights the importance of the jury system. It is the ultimate equalizer. In this case, justice prevailed. It was David v. Goliath. My client had multiple surgeries as he was crushed in his car.

The defendant was clearly liable in my opinion. And they decided they just did not want to pay the fair value. The verdict brought tears to my eyes because it confirmed my belief that we have the greatest judicial system in the world. There is no greater feeling that personally seeing justice through for your client.

Q: How did the client react after receiving news of the verdict?

MM: He was over the moon. It wasn’t about the money for any of us. We were all in this case for justice. Truly.