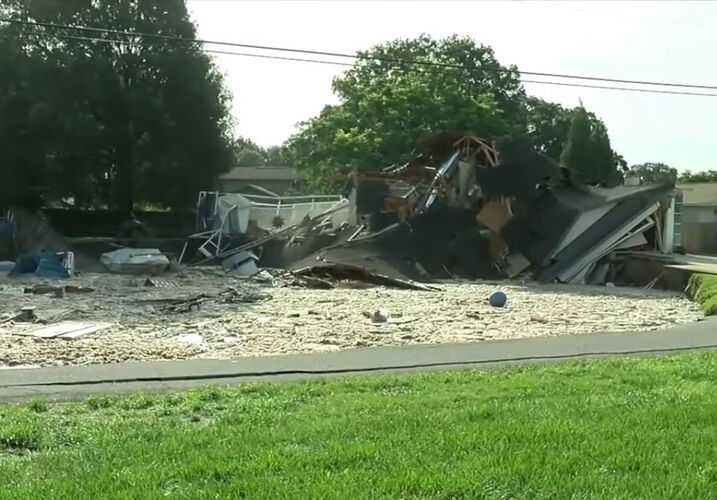 The Pasco County Sheriff’s Office received a report this morning of a “depression” that started out as a small pool, according to ABC Action News. Recently, authorities measured the sinkhole at around 200 feet wide and 50 feet deep.

One house disappeared almost instantly, and the Miami Herald posted a video of it happening.

Authorities aren’t sure what triggered the sinkhole, and right now watching seems to be the only option. Many homes in the area are without power, and authorities evacuated several nearby homes.

Homes like these are probably covered due to the catastrophic nature of the damage, but sinkhole insurance can be a contentious topic in Florida. Disputes between residents and their insurance providers are common, and many Floridians don’t realize they have options when it comes to getting a payout for their damage.

In theory, this should cover almost any kind of ground damage your home experiences. However, Florida sinkhole insurance law has a discrepancy between sinkholes and sinkhole activity that allows insurers to pay less than they should, or refuse to pay at all, even if catastrophic ground cover collapse occurred. They also cut corners when it comes to analyzing sinkholes for coverage. Insurance providers must evaluate a sinkhole claim on-site and use a geological testing professional to review the collapse.

For insurance to cover the damage, several criteria must be met. Top layer sinking must occur abruptly, and the ensuing depression needs to be visible to the naked eye. Structural damage and condemnation by the government are also required. If you believe your home meets some or all of these conditions and you didn’t receive a payout, our attorneys may be able to help you.

Right now, it doesn’t look like the sinkhole has finished gobbling up what it can. Pasco County authorities are on the scene, monitoring the situation.

Feature photo: a screenshot of an ABC Action News report.