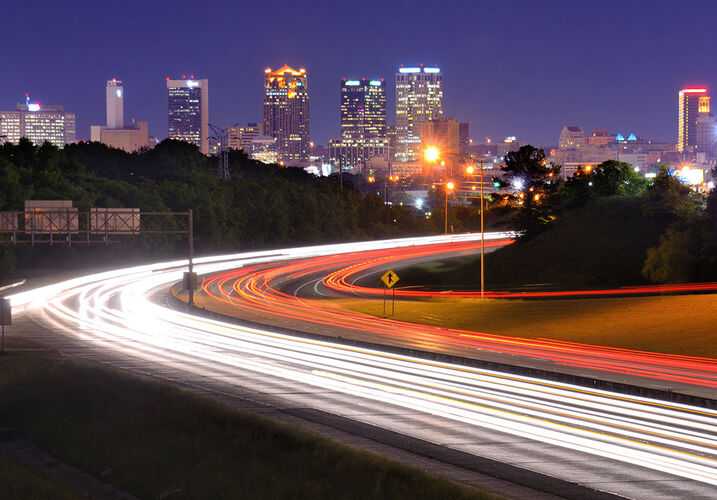 A well-traveled road in Hoover is likely to get an upgrade if the Alabama Department of Transportation can find a contractor. The project promises to reduce traffic in the area, but some people have other ideas for where the construction focus should be.

The Alabama 150, also known in much of Hoover as the John Hawkins Parkway, is being targeted for several changes between the Lake Cyrus subdivision and Shades Crest Road, according to the Birmingham Business Journal. The 150 was originally designed to connect Hoover to the nearby suburb of Bessemer, but new businesses and neighborhoods have led to increased traffic concerns.

Here’s what ALDOT is planning for this stretch of 150, what another recommendation for the area is, and how both might affect you in the near future.

Why The Road Needs Changing

This isn’t the first time the 150 has made the news. The mayor and ALDOT have both expressed a desire for load-lightening work in the Hoover area as recently as December, and the road’s woes have been obvious for close to a decade. It suffers from high congestion, and the original design isn’t wide enough to accommodate the traffic it sees today.

Some of the road has already been widened, most notably the stretch between U.S. Highway 31 and Interstate 459. But near Bessemer, the road tightens at Whisper Wood Lane into a meager two lanes, staying that way until it hits Lakeshore Parkway near Bessemer.

Those same two lanes are seen on the Hoover side from Lake Cyrus to the Ross Bridge Parkway, and though the road opens up closer to the Shades Crest intersection, there still isn’t enough room.

This area, particularly at the stretches close to I-459, sees consistent, “massive backup on Highway 150 and South Shades Crest Road,” according to WVTM, and could benefit from a variety of proposed improvements. The common denominator of both these projects is reducing traffic. To that end, two promising and perhaps overlapping options have appeared.

What ALDOT and the Mayor are Planning

Hoover’s mayor wants to buy land to connect the Ross Bridge and Brock’s Gap Parkways to I-459, a major project ALDOT signed off on in 2010 which hasn’t gotten traction with the city until now. The mayor’s decisive comments on purchasing some of the nearby land could strike up a new discussion about the suggested interchange, per WSFA.

An I-459 interchange at South Shades Crest Road could have a massive impact on Highway 150, and Hoover’s mayor predicts several thousand cars could be taken off the two lane road and consigned to I-459, which can better handle the flow.

ALDOT’s current designs are maybe a little less ambitious, but congestion on the 150 is still the target, and their project addresses the state route directly instead of the surrounding roads.

Their plan would replace two bridges and widen the road between Shades Crest Road and the Lake Cyrus subdivision, with some other changes. That’s the same Shades Crest Road that intersects John Hawkins Parkway, and would be near the site of the new I-459 interchange.

The project, though smaller in scope than the mayor’s interchange vision, could keep this artery between the growing Hoover and steadying Bessemer viable and service the communities popping up in between, and might spur efforts to revitalize the whole network in the area.

More Roads Aren’t Always Safer Ones, Even if it Helps

Either project going through is a boon to ending traffic in the area, but ALDOT’s appears more likely right now, given that the city already owns the land. The mayor has taken point on the other, and more might come if the land is purchased from its current owner.

But ALDOT’s $12–$20 million price tag and two and a half year deadline is also a little easier to stomach. The interchange could cost as much as $40 million on the low end, and take five to ten years to complete, according to WVTM.

These long periods could make for a lot of construction, especially if they don’t overlap. With so few roads to detour onto for the time being, and the impending ALDOT plan is ready to contract sometime in February, drivers might expect a hectic decade of travel in Hoover.

Our car accident attorneys in Birmingham are knowledgeable about all kinds of auto accidents, and may be able to help you seek compensation. They can pilot you through the twisting, turning realities of an insurance claim, and help you investigate and build your case.