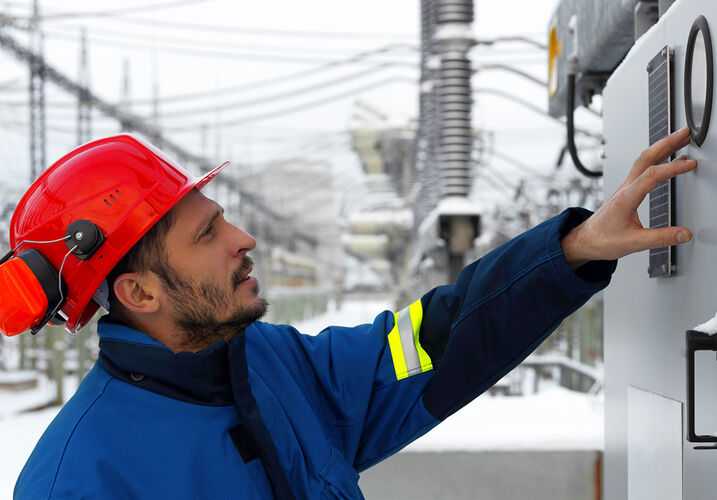 In a tragic accident, four workers were killed at a Big Bend Power Station in Apollo Beach, Florida, on June 29, according to the Tampa Bay Times. The employees suffered severe burns when molten material surged out of a tank. In the previous month, workers were rushed to the hospital when a toxic chemical was released at the same plant. After these incidents, some are wondering why are these accidents happening if safety regulations are in place?

Over the years, there have been safety measures passed to prevent accidents from occurring at power plants. Power plants are mostly safe compared to other industrial operations, according to the Tampa Bay Times. However, if an employer does not work to establish a safe workplace, accidents will occur.

Here are a few workers' compensation cases of power plant accidents in Tampa and how the plant failed to follow safety measures.

The June 29 accident at the Tampa Electric Company (TECO) owned Big Bend power plant was just supposed to be routine maintenance}\, but turned into an unfortunate accident for the workers. Six employees were trying to unplug a tank filled with glasslike waste product, when the molten substance poured out of the tank and injured the workers.

Even though the investigation into what caused the accident is still ongoing, the Occupational Safety and Health Administration (OSHA) suspects that it may be due to employers not providing a safe working environment for employees.

In 1970, The Occupational Safety and Health Act was passed to help prevent workers from being killed or injured at work. The law requires employers to provide their workers with working conditions that are free of known hazards. Employers must try to remove and prevent dangers by making achievable changes in the workplace.

After the accident at the plant, OSHA inspectors went over a long list of safety and health standards to see whether TECO may have violated standards that could have led to the incident, according to WFLA News.

On Apr. 27, a tube feeding a power unit boiler at the C.D. McIntosh Power Plant in Lakeland ruptured and caused boiling water to turn into steam, which tore through the power unit’s housing and shot debris outward, according to the Ledger. Fortunately, no one was injured from the rupture, but an investigation in the aftermath showed that there was negligence on the part of the plant’s management.

Approximately two years before the explosion, Lakeland Electric workers had requested repairs to the Unit 2 boiler that exploded, but management didn’t do anything about it, according to the Ledger. A company that specializes in power plant boiler building and power plant design recommended that the piping be periodically inspected for internal corrosion and wall thinning, however, Lakeland Electric had no regular testing program in place.

OSHA’s regulations state that employers must develop procedures to ensure that tests and inspections are conducted properly and that consistency is maintained when dealing with hazardous materials. Employers and maintenance personnel can also observe employees working to learn where potential trouble spots are and give them early attention before they develop into cases of accidents and injury.

The safety measure also states that if an employee observes or suspects any damage to a machine that it should be reported to the supervisor; if the condition impairs safe operation, the machine should be out of service for repair.

Even though employees notified their employers that the unit boiler needed repairs, the other safety precautions outlined by OSHA were not followed.

“Analysis on the piping should have been done. That’s something we need to learn from and move on from. But if one of his managers had had a reasonable expectation that Unit 2 posed a safety concern, and did not act to fix it regardless of cost or how it would look on a budget sheet, that manager would be fired,” Lakeland Electric General Manager Joel Ivy told the Ledger.

To help prevent any employees from being injured, the power plant will put in place safety zones around the more exposed high-pressure systems on the boiler units, according to the Ledger.

On Apr. 16, 2015, an explosion at a MagneGas fuel facility in Tarpon Springs resulted in the death of one employee and injuries to another, according to the Tampa Bay Times. Michael Shepard had just started working at MagneGas, when he and another worker were venting a gas cylinder. The routine procedure involves flipping the container to remove any excess fluid, but tragedy struck that day.

An explosion occurred and Sheppard died at the scene, while the other employee suffered burns and cuts on his back, legs, and arms, according to the Tampa Bay Times.

Following the explosion, OSHA evaluated MagneGas' working conditions. They cited the company for several violations, including lack of employee training on dealing with flammable environments and not requiring flame-retardant clothing.

Many of the violations were identified as being serious and defined by OSHA as "when death or serious physical harm is likely to result from a hazard about which the employer knew or should have known."

According to OSHA regulations, employers are required to ensure that workers wear clothing that will not melt or ignite when exposed to flames or heat energy. It also states that employers ensure that employees wear flame-resistant clothing and other protective equipment that has an arc greater than or equal to the available heat energy under certain conditions.

Following the MagneGas explosion, the company paid $52,045 in fines and appointed Bruce Gane as the Director of Safety.

“What that did was it made us better. Now with Bruce’s leadership, we’re really following up on everything,” Ermanno Santilli, the CEO of MagneGas, told Tampa Bay Times.

The company will also move to a new facility, which has explosion-resistant walls made of concrete and a reinforcement bar that separates the equipment from the operators.

What If I Am Injured On the Job?

Working at a power plant has its fair share of dangers for employees, but workers have a right to a safe workplace. The law requires it. While many employers understand the importance of a safe working environment, others may not. If you were injured on the job and your company is fighting you on a workers’ compensation claim, we may be able to help.