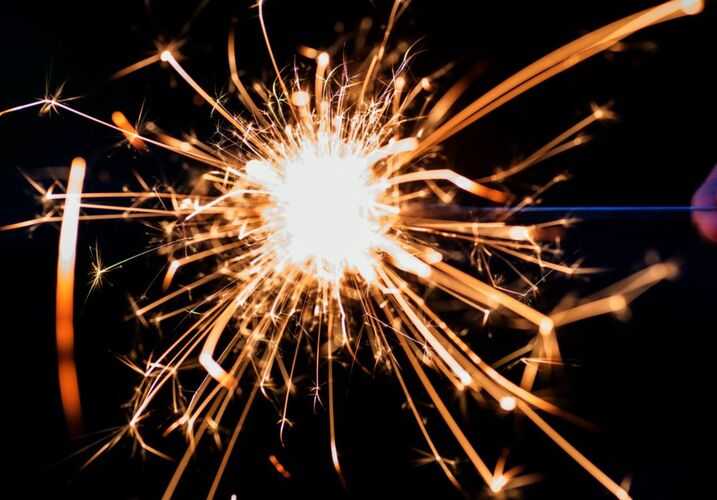 Firefighters fought a protracted blaze late Tuesday night at one home in Satellite Beach, Florida, and some eyewitnesses are blaming fireworks.

Responders quelled the initial fire around 10 p.m., but returned early Wednesday morning after hot spots flared up, according to Florida Today. An elderly woman escaped the initial blaze.

Fire officials announced the home sustained heavy damage and might be a total loss. Eyewitnesses blamed fireworks for sparking the blaze, according to Click Orlando, but authorities haven’t officially identified a cause.

Came out to Carribean Drive in Satellite Beach to report on a fire from last night, and it started back up again. Called 911. #news6 pic.twitter.com/Kxh15enBex

It’s not clear who was handling the fireworks, and the role of the explosives in the blaze is still up in the air. Homes, especially older ones, are particularly susceptible to fireworks.

But we’re talking about explosives, so that’s not really a surprise. There are many costs associated with fireworks, and any of them could land someone in legal hot water.

The Hidden Cost of Those Sparklers

Fireworks are practically an inalienable right on Fourth of July, in spite of their potential for danger. The explosives start 18,500 fires and cost around $43 million a year in property damage, according to the National Fire Protection Association. Perhaps most alarmingly, nearly 12,000 people see an ER for fireworks-related injuries each year, and roughly 25% of victims are 15 or younger.

The National Council on Fireworks Safety has several good tips on proper handling, and the flip side of some of those tips can place liability on the fireworks user. Examples of dangerous handling include:

This list isn’t exhaustive, but represent some common ways using fireworks can go very, very wrong. Make sure you know what explosives you’re dealing with and how to use them appropriately.

Fireworks can fail at almost any stage of their lifespan, from the moment they leave a production line to the instant they’re in someone’s hand. It’s no secret people often handle fireworks irresponsibly, but pyrotechnics can also be defective. If you suffer an injury or losses because of fireworks, our attorneys may be able to help.

For the time being, state fire investigators are looking into the house fire from every angle, and should have an answer soon.

Feature photo not of the fireworks involved.