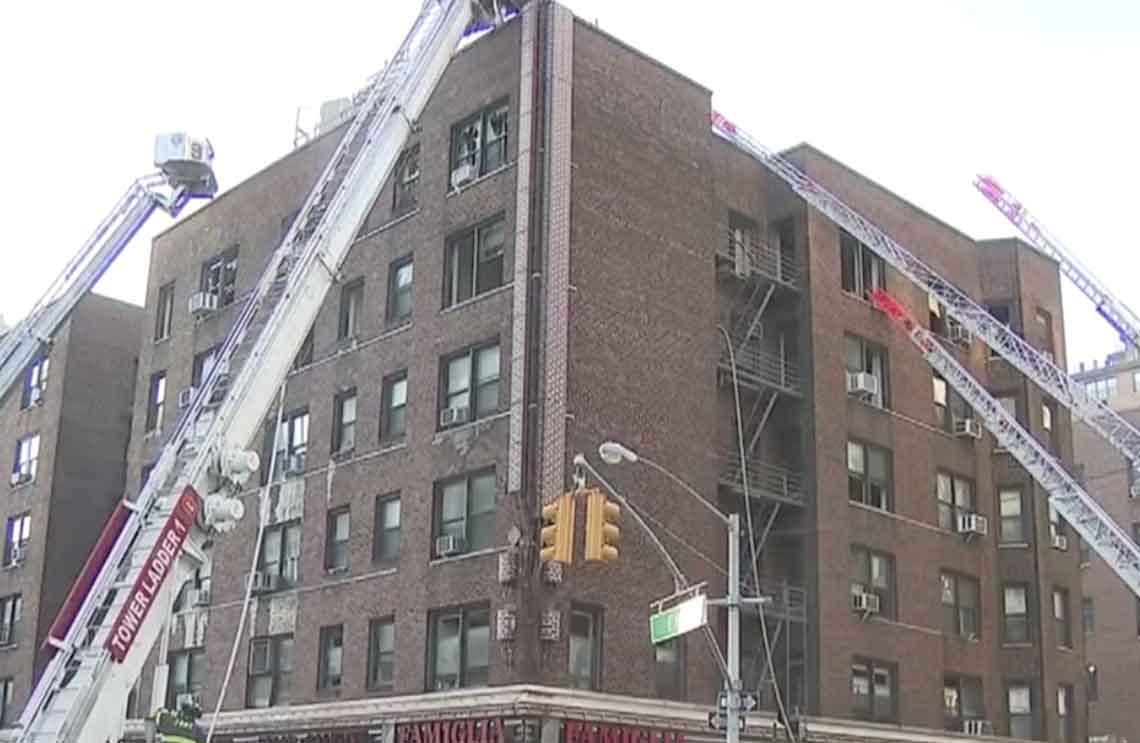 Wednesday night’s five-alarm fire in Greenwich Village ended on a positive note when the Fire Department of New York reported no serious injuries after a significant effort to quell the blaze.

The fire engulfed The Hamilton, a six-story luxury apartment building on the corner of Broadway and East 9th Street. Smoke billowed out into the streets, summoning more than 200 firefighters to the scene, according to Gothamist.

Investigators aren’t sure how the fire broke out, but they have several leads to follow.

"We're investigating now the possibility that the fire may have started in a deli on the first floor, and traveled up a shaft to the top floor,” Fire Commissioner Daniel Nigro told Pix11. “It quickly spread to the space between the top floor ceiling and the roof that we call the cockloft.”

The Hamilton is only six stories, meaning it probably doesn’t meet the standards for a high-rise building. A high rise building is at least 75 feet tall, according to the National Fire Protection Association. But escaping any building during a fire can be a daunting prospect.

Their Property, Their Responsibility

It’s critical for landlords to meet a high standard for fire prevention. Bad practices can increase the chances of a deadly blaze in your apartment complex or home.

Your landlord or property owner's responsibilities vary greatly from city to city and state to state. But common requirements identified by the U.S. Department of Housing and Urban Development include providing:

It’s important to remember that for high-occupancy or high-rise buildings, fire codes vary greatly. Some cities issue further requirements like a modern sprinkler system, fire alarms, and a published escape plan. If your landlord neglects their responsibility, they may be liable.

If you’re concerned your landlord isn’t meeting your city or state’s fire codes, don’t hesitate to reach out to your local fire authorities. If you’re injured or suffer damages because of a fire, contact our knowledgeable attorneys today even if you think the fire may have been your fault. We may be able to help.

For now, New York fire investigators are working to determine the cause of the fire in the deli. It’s currently unclear who, if anyone, is responsible.

Feature Photo: A screenshot of a CBS New York report.