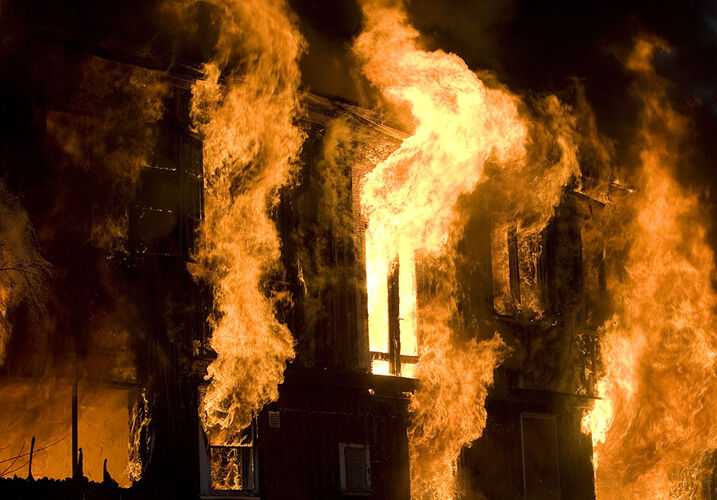 Apartment fires are a deadly, serious issue in our country. On average, there are 95,000 apartment building fires each year in the United States, according to the National Fire Protection Association. 3,130 people were injured and 340 people were killed in apartment fires in 2017 alone, and these blazes resulted in over $1.6 billion in property damage.

On average, there are 95,000 apartment building fires each year in the United States, according to the National Fire Protection Association.

While not all apartment fires can be attributed to negligence, some stem from a landlord’s failure to keep up with a building’s electrical maintenance or provide adequate heating or fire safety equipment in the building. Some landlords will even withhold utilities like gas or heat in an effort to force tenants out of affordable housing units, endangering them in the process.

There have been a number of high-profile, deadly apartment fires in recent years where a landlord’s carelessness was either the reported cause or a contributing factor to the blaze.

Actor and filmmaker Edward Norton’s film production company, Class 5 Inc., was hit with a $7 million lawsuit in April 2018 after being linked to a deadly New York City apartment fire that claimed the life of a veteran firefighter and left a woman and her child with special needs homeless.

The deadly blaze broke out in the basement of the building, where the film company was storing equipment, ultimately killing FDNY firefighter Lt. Michael Davidson, according to Law360. Class 5 Inc. was using the Harlem apartment building as a set for the film “Motherless Brooklyn."

Cruz lost all of her belongings in the fire and suffers from post-traumatic stress disorder (PTSD) after her harrowing experience escaping the blaze.

The five-alarm fire destroyed the building, displacing Erica Cruz and her child, both of whom lived in a rent-controlled apartment on the fourth floor. Cruz lost all of her belongings in the fire and suffers from post-traumatic stress disorder (PTSD) after her harrowing experience escaping the blaze.

Cruz and her brother George — who holds the lease for the apartment — sued Class 5 Inc., claiming that the company stored dangerous, flammable materials in the basement of the building and failed to warn tenants when they became aware of the fire, according to the complaint.

“When representatives of Class 5 Inc. became aware of the fire, they did not warn the tenants in the building; in fact, they misled the tenants into believing there had been a fire that had been extinguished,” the suit alleges.

Check out our free fire safety checklist to learn the steps you can take to prevent fires in your apartment.

The landlord of the apartment building, Vincent Sollazzo, was also named as a defendant in the lawsuit for his alleged role in the apartment fire.

According to the complaint, Sollazzo was "reckless, careless and negligent” in having a building that was in a hazardous condition. The suit claims the building was poorly maintained and did not have proper and working smoke detectors or fire extinguishers. The building's stairwell also allegedly lacked proper lighting, making it harder for Cruz to escape the fire.

Cruz had to "run for her life down several sets of dark stairs engulfed in smoke, unable to breathe or see where she was going, while fearful of falling with each step," according to the complaint.

The alleged storage of Class 5 Inc.’s highly flammable materials and equipment on the apartment premises, along with the apartment’s reported failure to meet fire safety code, may have created a perfect storm of hazardous conditions that allowed for the blaze to break out and grow into a deadly five-alarm fire.

In December 2016, a fire broke out in an Oakland, California warehouse known as “Ghost Ship,” which was illegally converted into artist-collective apartments.

There were no smoke alarms, sprinklers, or fire extinguishers on the premises, and the building was cluttered with flammable debris and furniture, according to The Los Angeles Times. Many tenants were trapped in the burning building and died due to a lack of accessible emergency exits.

In total, 36 people were killed in the fire and two of the proprietors of Ghost Ship have been arrested and charged with involuntary manslaughter.

The cause of the fire was never determined during the Oakland Fire Department’s investigation, but some officials believe an electrical system fault or failure could be to blame. One independent fire investigator, John DeHaan, referred to Ghost Ship as an “apparent nightmare of improvised wiring” in an interview with Mercury News.

In December 2017, a Bronx, New York apartment building erupted in flames, leading to what officials now call “the deadliest fire in New York City in more than 25 years.”

The fire started in a first floor apartment unit and quickly spread up the five-story building because the door was left open while the tenants evacuated the unit, according to ABC News. 12 people were killed and six people were injured in the fire.

The apartment building had more than six open violations, including a violation for a defective smoke detector on the first floor...

While the cause of the fire was ultimately determined to be a three-year-old child playing with a stove unsupervised, the apartment building had more than six open violations, including a violation for a defective smoke detector on the first floor — the very floor where the fire started — according to The Washington Post.

Had the building been maintained to proper fire safety code, it is possible that more people may have been able to evacuate the building unharmed.

You Have the Right to a Safe Home

No matter where you live, you have the right to a safe home. For those living in apartment buildings, that means a building with regularly inspected fire extinguishers on the property, safe electrical wiring, accessible fire escapes, and smoke detectors in each apartment unit.

If your apartment is not meeting these safety standards, you have the right to speak up and demand better from your landlord. And, if your landlord fails to provide a safe apartment building and your family is hurt as a result, our burn and fire injury attorneys may be able to help you hold the responsible parties accountable by filing a lawsuit.