Does Daylight Saving Time Save Lives? 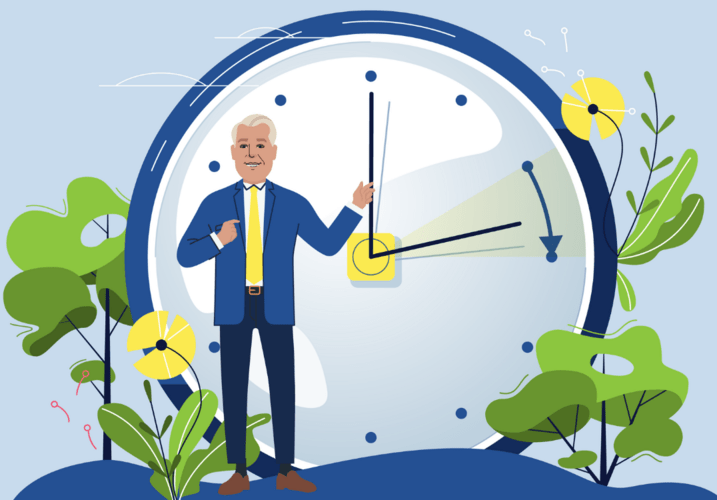 Americans have debated the clocks springing forward, falling back, or staying still since the adoption of Daylight Saving Time (DST) in 1918. A poll by Economist/YouGov shows that nearly two-thirds of Americans would opt-out of the twice-a-year time change and preferred to stay on DST. Arizona and Hawaii voted not to observe in 1968. Do these two states have the right idea?

In the past four years, 18 additional states (and counting) have taken legal steps towards following Arizona and Hawaii. With more than 70 countries observing Daylight Saving Time, studies also show DST as the better seasonal shift regardless of time zone.

Why is DST the popular choice even though an hour of sleep is lost? Bringing the clock forward has its pros and cons.

The lost hour is traded for more daylight 65% of the year creating safer driving conditions and communities. Generally, more car accidents and criminal activity occur at night when visibility is low.

For both drivers and pedestrians, the risk of being involved in a crash is highest during evening rush hour from 4 to 8 p.m. The risk increases exponentially after clocks fall back in November and the sun sets around 5 p.m.

The extended daylight hours save energy because the need for electricity, gas, and oil is decreased. A Danish epidemiology study shows that the time change benefits the economy with spend increasing about 3% as people enjoy the outdoors which also improves physical and mental health.

However, DST has its downfalls. The same Danish study shows that the change affects about 1.6 billion people worldwide. While more sunlight is better in the long run, the twice-a-year clock adjustment negatively impacts sleep schedules, focus, and circadian rhythm causing a 24% uptick in heart attacks and strokes the week following the time change.

A 2009 study shows that workplace injuries raise almost 6%, especially in blue-collar industries like construction. Taking time off of work to recuperate from severe injuries increases 68%.

It can take a week or so for the body to adjust to the time change — so what can we do to stay safe? Allow yourself to adapt slowly! Modify your sleep, eating, and exercise plans, gradually moving up your schedule about 15 to 20 minutes each day.

Remember to stay extra vigilant on the roads and at work to protect yourself and others around you. Many homeowners use the springtime change as a reminder to check smoke alarms, carbon monoxide detectors, first aid kits, and emergency plans. If you drive, remember to check your tires.

More than 40 states and several health groups like the American Academy of Sleep Medicine are vocal about abolishing the time shift and sticking to DST permanently. The back and forth depends on federal lawmakers who still aren’t sure what’s best. Whatever Congress decides — only time will tell.

Those who find themselves injured at the hands of a large organization have an uphill battle ahead of them, one that may take years to resolve without the proper assistance. These individuals need an…