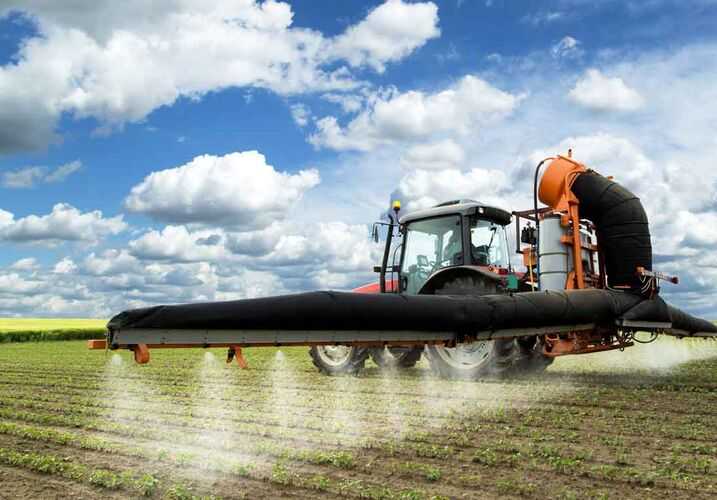 Arkansas has been at the center of a growing controversy over the use of dicamba, with nearly 600 complaints coming from 23 counties as of July 7. The Arkansas Plant Board voted to ban dicamba back on June 23, but the ban required approval by Governor Ash Hutchinson and the state legislature to take effect.

Governor Hutchinson approved the ban on June 30, and a week later the Arkansas Legislative Council executive subcommittee also allowed the 120-day ban proposed by the Arkansas Plant Board to take effect, according to KASU. Hours later, the Missouri Department of Agriculture issued a similar ban.

Farmers with crops already damaged by dicamba and those fearful their fields would be the next affected welcome the ban, but other farmers have found that spraying dicamba is good for their fields and are disappointed they will no longer be able to use it.

What is Dicamba and Why is it Dangerous?

Dicamba is a powerful herbicide used by farmers to kill superweeds resistant to more crop-friendly herbicides like Roundup. Dicamba’s brand names include Banvel, Diablo, Oracle, Vanquish, XtendiMax (a newer formulation made by Monsanto) and Engenia (a newer formulation made by BASF). According to the National Pesticide Information Center, more than 1,100 herbicide products contain dicamba.

Dicamba use spiked only recently after Monsanto developed seeds resistant to it in response to superweeds that could not be killed using herbicides already on the market. However, dicamba is highly volatile and has a tendency to drift onto off-site locations, which can damage crops if they are not dicamba-resistant. Dicamba can be blown off-target by the wind or because of temperature inversion.

As a result, many farmers who did not plant dicamba-resistant seeds had their crops damaged and destroyed by dicamba that drifted from nearby fields planted with seeds genetically modified to resist it.

Why Did Arkansas and Missouri Vote to Ban Dicamba?

Even though farmers that planted dicamba-resistant seeds praise the herbicide for its weed-killing power, hundreds of other farmers have had their livelihoods put at risk by drifting dicamba.

In response, the Arkansas Plant Board voted to ban dicamba to curb the potential devastation its continued use could cause. In 2016, one millions acres of farmland were planted with dicamba-resistant seeds, which resulted in 200,000 acres of damaged crops. This growing season, it is expected that 15 to 18 million acres of farmland will be planted with dicamba-resistant seeds, meaning crop damage could be far more extensive this year.

In testimony before lawmakers, Ford Baldwin, a professor of agricultural science at the University of Arkansas, estimated that farmers in Arkansas could see soybean yields reduced by as much as 25 to 50 percent, KASU reported

The crop most affected by dicamba is soybeans, which is also Arkansas’s largest cash crop. In a typical year, Arkansas soybeans produce $1.7 billion, with an average yield of 40 bushels per acre, according to KASU. In testimony before lawmakers, Ford Baldwin, a professor of agricultural science at the University of Arkansas, estimated that farmers in Arkansas could see soybean yields reduced by as much as 25 to 50 percent, KASU reported.

“There’s no way I can describe to you how bad this looks…unless you physically go up there and look at it,” Baldwin said. “There’s no way you can fathom what I’m telling you unless you go look.”

To prevent a disastrous soybean crop yield, Arkansas banned the spray of dicamba for 120 days beginning at 12:01 a.m. on July 11, with farmers caught spraying dicamba after that date receiving a $1,000 dollar fine and $25,000 after August 1. Missouri shortly followed suit, having received more than 130 dicamba related complaints this year, The Progressive Farmer writes.

What is Monsanto’s Role in the Dicamba Drift Controversy?

Monsanto is the producer of Roundup, the herbicide used for several decades on the majority of crops planted in the U.S. It is estimated that up to 90 percent of soy, cotton, and corn are genetically modified to resist the main chemical in Roundup — glyphosate.

Over time though, weeds grew resistant to Roundup too, and so-called “superweeds” now plague 61 million acres of American farmland, more than two-thirds of all farmland in the U.S. In 2010, that number was just 32.6 million acres.

To address the superweed issue, Monsanto developed new GMO crops that are resistant to Roundup and dicamba so crops could be safely sprayed with the stronger herbicide. However, these crops were available during the 2016 growing season, before a dicamba spray that could be safely used even with non-dicamba resistant crops in the area. This led some farmers to illegally spray older dicamba formulations that drifted and damaged crops belonging to other farmers.

What Are the Options for Farmers With Crops Damaged by Dicamba?

To pursue financial compensation for their losses, farmers in Arkansas and neighboring states have filed lawsuits against dicamba spray producers Monsanto, BASF, and DuPont.

Morgan & Morgan attorney Rene Rocha, who is pursuing a dicamba lawsuit against the companies mentioned above, says:

“Farmers know how devastating one bad year can be. This year, farmers have to contend not only with Mother Nature and unpredictable prices, but with faulty herbicides migrating from other farms and destroying their crops. The manufacturers of dicamba failed to ensure their products could be used safely, and farmers throughout the country will pay the price at harvest.”

If you believe your crops were damaged by dicamba and would like to pursue financial restitution for destroyed crops and reduced yield, we want to hear from you. Contact us today to learn more about how a Morgan & Morgan class action attorney may be able to help.