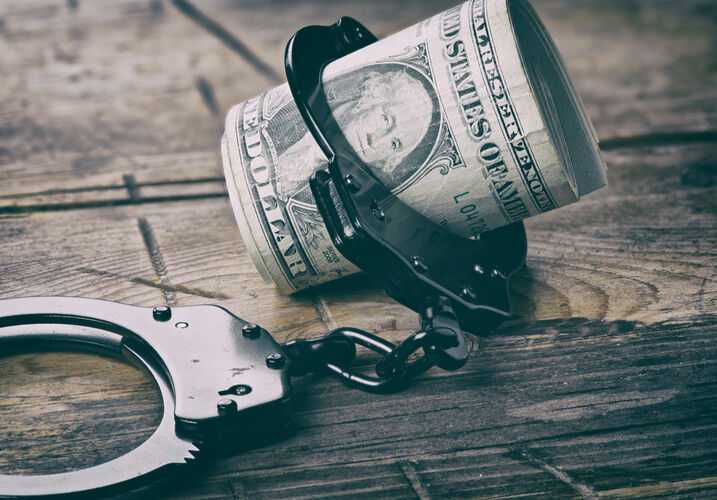 Most recently, this debate focused on a case of civil forfeiture that was caught on camera at the University of California, Berkeley campus. The video depicts a campus police officer seizing cash from the wallet of a man selling food without a permit. The officer could legally seize the funds because he believed they were the proceeds of a crime: selling hot dogs without a permit.

The video has since gone viral and is just one of many examples where people have their property seized at law enforcement's discretion.

Civil forfeiture was expanded in the 1980s to confiscate the assets of wealthy and powerful criminals by allowing law enforcement to seize property it believes may have been associated with a crime. While it’s still used for that purpose, civil forfeiture is also being used to confiscate small and large assets alike from ordinary people who may not have even committed a crime.

In most states, law enforcement officers may only need to assume money or property was more likely than not involved in a crime to seize it. However, they are unlikely to ever have to prove that in court, because the burden falls on people whose property has been seized to prove their assets were not used in a crime.

Due to this strange process, many people have lost cash, cars, and jewelry, had their bank accounts frozen, and even lost their homes to law enforcement who believed their property may have been associated with a crime. We've chosen to highlight three stories that illustrate the injustice of modern civil forfeiture practices. They are below.

In 2015 Gerardo Serrano was driving from his home in rural Kentucky to visit family in Mexico when he was stopped while crossing the border. Serrano drew the attention of U.S. customs agents when he took a picture near the U.S. and Mexico boundary, which prompted them to pull him to the side and search his car, according to a CBS News report.

After searching the vehicle, agents found a gun magazine containing five bullets. Serrano had no weapon in the vehicle and has a conceal-and-carry license. Still, the customs agents seized his vehicle for transporting "munitions of war" across a U.S. border, according to the report.

The officer could legally seize the funds because he believed they were the proceeds of a crime: selling hot dogs without a permit.

Serrano has been trying to recover his vehicle since it was seized and has spent nearly $20,000 while waiting to go to court to get his truck back, according to CBS. All because he forgot about five bullets in his truck when he crossed the border.

An Entire House Taken Over $60 in Marijuana

In August 2012 Mary Adams, a 68-year-old grandmother and her husband Leon were eating breakfast when Philadelphia police showed up and announced they would have 10 minutes to vacate their home of more than 40 years, according to a report on civil forfeiture in The New Yorker.

The reason they had to leave was because their 31-year-old son, who still lived with them, had sold $20 worth of marijuana to a confidential informant on their porch on three separate occasions. The police had already raided their home and arrested their son, but returned a month later for their house.

Police could seize the house under the pretense that the Adams’ son had used it to sell drugs, but the fate of their house would not be tied to their son’s case. Meaning, even if he were acquitted, the house would still be in law enforcement’s possession, because it’s up to citizens to prove their assets seized under civil forfeiture were not associated with a crime.

In July 2014 Dover, Pennsylvania resident Stanley Bolton received a call from his son Andrew that police had raided his trailer and seized a laptop and cell phone, among other things. The police believed Andrew was using the devices to distribute child pornography, but a short investigation proved this wasn’t the case.

Still, the customs agents seized his vehicle for transporting "munitions of war" across a U.S. border, according to the report.

Investigators believe that an unknown person used Andrew’s IP address to cover the tracks of their activity. Additionally, the York County District Attorney’s office admitted that Andrew didn’t have the mental capacity to commit the crime, according to the York Daily Journal.

The charges against Andrew were eventually dropped, but the police refused to return the laptop on the grounds that it was seized under civil forfeiture and would need to be recovered through forfeiture proceedings. Even though the computer hardly worked and was worth less than $100, Stanley Bolton fought to recover the laptop on principal.

“I just don’t think it’s right for someone to come in and take something without providing why it’s being taken,” Bolton told the York Daily Journal.

Most people in Bolton’s situation are unwilling to go to court and attempt to recover their assets because of time and cost, or because they are afraid of the process, even if they may have a solid case to recover their property.

Have Your Assets Been Seized By Law Enforcement?

If your assets were seized by law enforcement because they believed they may have been associated with a crime, it’s easy to feel frustrated and helpless. It can be even more frustrating when you know your property had nothing to do with a crime. Thankfully, there are attorneys who specialize in this type of law, and they’re ready to help you.

I just don’t think it’s right for someone to come in and take something without providing why it’s being taken.

Contact Morgan & Morgan today for a free case evaluation to learn how we may be able to help you recover your assets.