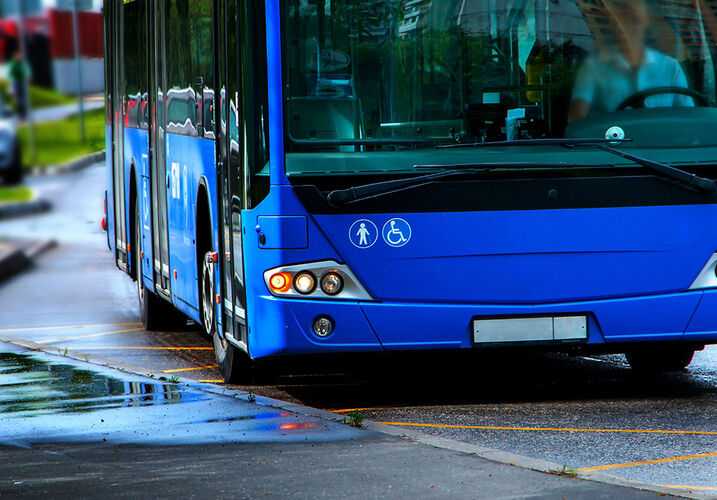 The Hillsborough Area Regional Transit Authority launched an app-based ridesharing service for bus riders on Monday, Nov. 14. The app, called HyperLINK, will allow bus riders to summon a driver to take them up to three miles to or from any major bus station at University of South Florida or Carrollwood for $3 a ride. Could this app increase ridership on Tampa buses and in turn potentially lower traffic congestion in Tampa?

This app is the first of its kind in the country, and if successful, could be an influential model for other cities where public transit use is flagging. HyperLINK was created to make public transit a more appealing and accessible option for USF students and others living nearby who would otherwise drive to and from their destination.

"We want to make public transit a go-to option for people instead of a last resort," explained Sean Quigley, the project manager for the contractor Transdev North America, to Tampa Bay Times.

But can this app really make a difference when so few people take the bus in Tampa?

Although HART’s ridership has been growing each year, many in [Tampa](/tampa/( believe that the bus system that services Hillsborough County is outmoded and inadequate.

The statistics lend credence to this claim: HART covers a 1,000-square-mile county with 165 buses — a number that placed HART 94th among 100 major metro areas in the United States in 2014, according to an article by Tampa Bay Online.

This is why, to most in the Tampa Bay Area, the bus system is a last resort for those without cars or a ride to work and school.

Anyone who lives here knows that our city has a traffic problem. In fact, Tampa ranked 15th in the nation for the worst traffic congestion in 2015, according a report by GPS manufacturer TomTom International, with the majority of the city’s traffic peaking during evening rush hour. Sadly, our metro area also ranks for some of the highest rates of fatal car accidents in the country, according to data by the Centers for Disease Control and Prevention.

The traffic — and, likely, the car accident rate — will only get worse each year as more and more people move to our city and continue to commute by car. Hillsborough County’s population is up 9.7 percent from 2010, pushing our county’s population to just under 1.35 million people, according to the U.S. Census Bureau. This growth is only second to Orange County’s in the state.

Incentives to Use the HyperLINK App

HART believes that HyperLINK will provide a number of incentives that will convince people on the fence about public transit to get on a bus.

The unpredictable, humid, and hot weather of Tampa can make even a short walk to the bus stop feel unbearable. HART wants people to use HyperLINK to hail a ride to and from the bus stop when the rain or heat would otherwise be a dealbreaker for taking the bus.

HyperLINK also brings greater accessibility to people with disabilities, who may face a difficult commute from their home to the bus stop. The HyperLINK fleet is made up of vehicles that are fully ADA compliant, according to HART's website. For people with disabilities who want to use public transit but find the distance to their nearest bus stop challenging, HyperLINK could be an appealing option.

Until Public Transit Usage Increases, Traffic and Accidents Will Remain an Issue

Many hope that HyperLINK can be the app to convince USF students and others in the area to take public transit. But until Tampa’s usage of public transportation increases significantly — whether it is via HART, the TECO streetcar, or the High Speed Ferry — our city will continue to have a serious traffic and car accident problem.

Have you or someone you love been hurt recently in a car crash that was caused by another driver? Read more to learn how our attorneys in Tampa can help negotiate with the insurance company on your behalf to get you the compensation you need and deserve after your car accident. If you are ready to pursue a claim, fill out our free, no-risk case evaluation form today.