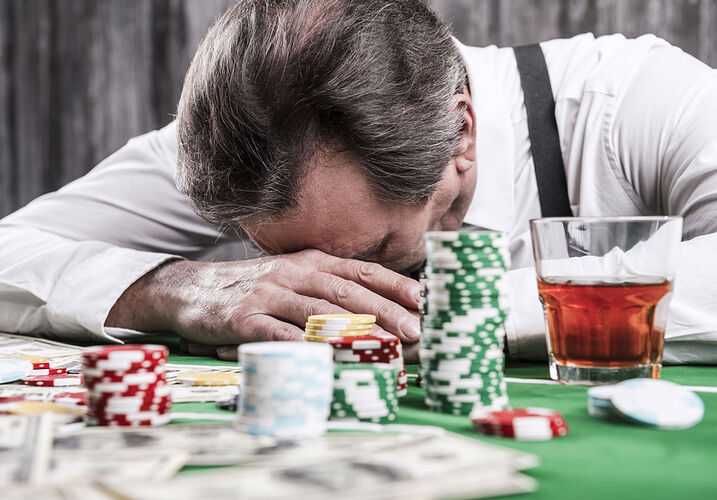 At 64 years old, Marie* had been battling schizophrenia for nearly half her life. After three decades of wrestling down a sense of stability, her new medication, aripiprazole, threatened to unravel it all. Six months after a modest bump in her dosage, a nasty and irresistible urge to gamble – a hunger previously unknown to Marie - began to gnaw away at her.

She had dabbled with the poker machines, tossing in one or two Australian dollars at a time, but her small dalliances abruptly skyrocketed, costing her up to $700 AUD per session, sums which were anything but insignificant to her. “I just wanted to keep putting money in, it was an urgency,” she said. “I would go high…and I seemed to lose all reason.”

About 4.2% of adults in the United States suffer from serious mental illness. About 1-2% of Americans are pathological gamblers. In theory, these small numbers should never overlap. But one of the most-prescribed drugs in the world is quietly facilitating the collision of these two disorders in America, with devastating consequences.

Aripiprazole, sold under the brand name Abilify, has locked itself in place as one of the top selling drugs in the United States. An atypical antipsychotic, doctors prescribe Abilify to almost a million Americans each year. The drug treats one of the most sensitive populations in the U.S.—people suffering from schizophrenia, bipolar disorder, and major depression.

Abilify is widely regarded as an effective treatment for these serious mental disorders. But the drug comes at a dangerously high – and unknown – price. Study after study links aripiprazole to the onset of pathological gambling—even in people with no prior or familial history of the disorder. Tellingly, in many of the studies, the symptoms abate almost immediately after stopping the medication.

These side effects are no secret…at least, not to Abilify’s pharmaceutical powerhouse manufacturers, Bristol-Meyers Squibb and Otsuka Pharmaceutical. The studies are clear. Europe and Canada require Abilify’s label to carry a warning of the potential link. So why do American consumers remain in the dark?

There’s a bleak and untapped history of concealment, vast sums of money, deception, and shady marketing practices surrounding Abilify and pathological gambling that remains completely absent from conversations surrounding the drug in the United States. Bristol-Meyers Squibb and Otsuka are playing a massive and manipulative bluff against one of the most vulnerable segments of the American people. Meanwhile, the money in the pot continues to grow to unconscionable levels as consumers keep blindly buying in. And as the stakes raise higher and higher, so do the consequences.

Abilify: Side Effects May Include Bankruptcy, Shattered Marriages, and Emotional Distress

Medical communities across the globe have been sounding the warning bell about Abilify for years, but Bristol-Meyers Squibb and Otsuka ensure that Americans don’t hear it.

Last year, Health Canada required a label change for Abilify that warned of the potential for pathological gambling. The European Medicines Agency has insisted on the warning label since 2012. Yet, the word “gambling” appears nowhere on the labels of the bottles that sit in over a million medicine cabinets across the United States.

But there have been hints at home, too. In two years, the U.S. Food and Drug Administration received reports of thousands of serious adverse events concerning Abilify. The FDA has also cited Abilify in at least 30 reports of compulsive gambling.

Consider the case of a patient who’d been treating his schizoaffective disorder for nine years before trying aripiprazole. After just one month, he tumbled down a nine month-long rabbit hole of casino and Internet gambling. Every aspect of his gambling ratcheted upward: frequency, bets, losses, and debts. After quitting aripiprazole, all signs of the previous nine months of pathological gambling were wiped away in less than a month, leaving only the losses.

It sounds straight out of a science fiction story--how can popping a pill suddenly transform people with no prior history into gambling addicts? But the scientific breakdown of both aripiprazole and “gambling disorder” combine to create a perfect storm of susceptibility.

Abilify is a second generation antipsychotic, meaning that aripiprazole tinkers with both dopamine and serotonin, two of the primary neurotransmitters responsible for our happiness levels and reward systems. Normally, these reward systems keep in check life necessities like eating. On Abilify, the reward centers are overstimulated and potentially throttle into overdrive, leading to inflated and addictive sensations of euphoria at the prospect of, for example, three cherries appearing on a slot machine.

As for pathological gambling, the Diagnostic and Statistical Manual of Mental Disorders has recognized it as a legitimate psychiatric disorder since 1980. It’s classified under the category “Substance-Related and Addictive Disorders,” reflecting evidence that pathological gambling is triggered by the same reward systems that are sparked by street drugs and alcohol. Except this time, it’s people’s antipsychotic meds that are flipping the switch. Patients aren’t imagining it; there is an actual chemical change linking Abilify and pathological gambling. In fact, in a current complaint against Abilify manufacturers, the plaintiff alleges that the impact Abilify had on his brain constitutes a physical injury.

That physical injury morphs into the monetary and emotional at lightening speed. In one case, a patient began scraping at scratch cards just seven days after beginning aripiprazole. One desperate phone call by the patient’s family to his psychiatrist and $1,000 in losses later, he switched medications. Seven short days later, the gambling evaporated.

The risk that Abilify can spark pathological gambling is well documented in scientific literature at home and abroad. So why does the wool remain over our eyes?

The pot in the middle of the table is growing rapidly. Money pours into Bristol-Meyers Squibb and Otsuka Pharmaceutical from across the world, but mostly from the United States. Americans push more chips across the green table than consumers in any other country.

Bristol-Meyers Squibb is a mammoth in the pharmaceutical industry, raking in $16 billion in revenue in 2013. That year, the company touted Abilify as its top-selling drug—U.S. revenue for Abilify sales rolled in at $417 million. Consider that in light of worldwide revenue of $555 million over the same time period, and it becomes clear why the manufacturers intentionally conceal the full risk of Abilify from American consumers.

But what is pocket change for pharmaceutical giants like Bristol-Meyers Squibb and Otsuka can be a backbreaking sum for Abilify consumers like the 19 year-old boy who lost about $2,500 after getting sucked into a sports betting addiction that he concealed from his family. The amount of money that patients lose to pathological gambling is no small sum, especially when prices estimates for 30 tablets of Abilify edge dangerously close to the $1,000 mark.

Bristol-Meyers Squibb and Otsuka rely on one of the most vulnerable groups of consumers to raise the pot. But those consumers are beginning to fight back. Abilify lawsuits are cropping up more frequently, and attention to the problem is slowly trickling through the floodwall.

In a complaint filed at the beginning of this year, the plaintiff levies heavy charges against Bristol-Meyers Squibb and Otsuka, asserting that the companies should have known and warned about the possibility of pathological gambling. The hunger to gamble abated shortly after he quit the medication, but not before he lost over $40,000.

From all angles, there’s a precedent for the case. A slew of compulsive gambling cases linked to a drug called Mirapex made headlines several years ago. While Mirapex falls under a different class than Abilify, it operates in a similar way. Now, the current Abilify cases ring strikingly similar to the over 300 Mirapex cases.

In both cases, the plaintiff asserted that the drug ignited compulsive gambling. In both cases the makers of the drug were well aware of the potential dangers. And in both cases, they stood by as their customers slipped further into financial and emotional devastation with each plunk of a token into a slot machine. Consumers drew slightly different hands with Mirapex and Abilify, but they’re all sitting at the same poker table.

Bristol-Meyers Squibb is an old hand at the game, and is well practiced in shady marketing linked to Abilify. In 2007, the company landed in scalding hot water for attempting to market the drug to two other highly vulnerable populations—children and seniors battling dementia. Abilify is approved for neither situation. The company shelled out $515 million to settle the investigations.

The Institute for Safe Medication Practice cited aripiprazole when it called out manufacturers for intentionally not coding events as “serious” in the FDA’s Adverse Events Reporting System, even if the consequences were deeply significant. Doubtless, the loss of financial and emotional stability, sullied reputations, crumbling marriages, and fractured families would qualify as “serious” to the people who shell out for Abilify each month in hopes of pinning down a sense of stability that compulsive gambling destroys.

Bristol-Meyers Squibb and Otsuka are doing everything they can to avoid showing their cards. It’s time for the manufacturers to take off the rose-tinted poker glasses. We’re calling their bluff.

If you’ve taken Abilify and began gambling compulsively, our lawyers want to hear from you. Contact us now for a free and confidential case evaluation. It's important, however, that you do not stop taking Abilify without first consulting your doctor.

As for Marie, the Australian woman who spiraled into gambling while on aripiprazole, one month after switching her medications, the urge to gamble swept out of her as swiftly as it had come. She was asked to restart aripiprazole to see if the irresistible urges returned. She refused.

It was a gamble Marie wasn’t willing to make. The American public shouldn’t have to make it either.

*Name has been fabricated.