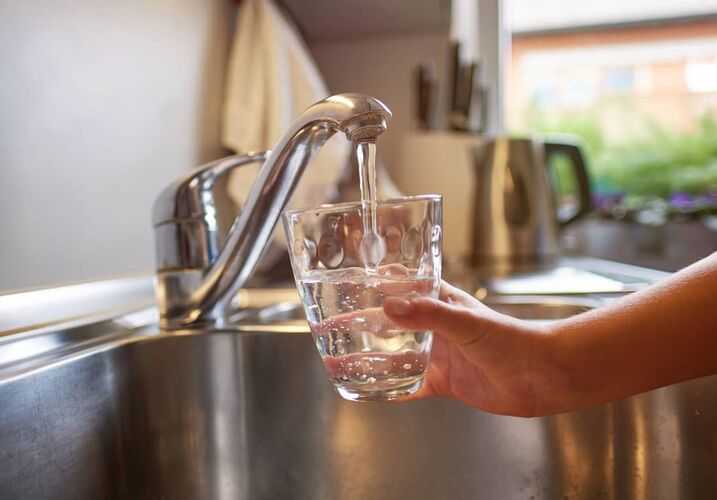 The ability to access clean drinking water is a luxury that many of us take for granted, but for others, it’s a dream to turn on a faucet and have a glass of water. You may have heard of the contaminated water situation that has plagued Flint, Michigan, over the years, but it might surprise you to learn that the environmental issues aren’t unique to that one area. Benton Harbor, a city in the southwestern corner of Michigan, is dealing with the same problem but for a different reason. Residents have had to endure three years without access to clean water due to corroded water service lines, forcing them to line up amongst their neighbors and wait at bottled water distribution centers in order to provide their families with clean water.

While a temporary water source change caused Flint’s environmental problems, Michigan’s aging infrastructure is to blame for the situation in Benton Harbor. The underground service lines that transport water throughout the state have eroded after years of use and are now contaminating the water supply with lead. State officials promised to replace the corroded service lines and bring clean water back to these cities, but after three years of little action, the residents are beginning to feel like it may never happen. Instead, they must focus on rationing the little water they have and continue fighting for their survival in a city that fails to provide them with the necessity they need.

How Did This Problem Happen?

The underground service lines that transport water were originally constructed out of a lead-based material and are now eroding away due to their old age. Under normal circumstances, the city would have conducted maintenance on the aging pipelines to prevent this situation from occurring, but the tight local budget has prevented the city from moving forward on the repairs. Unfortunately, the city isn’t as affluent as neighboring communities, which has many residents questioning if the situation would be different if they were in a different tax bracket.

In some cases, impoverished communities are unequally affected by environmental problems, which is an intolerable offense by any means. If you find yourself in a situation where the safety of your environment is threatened by the actions of a large organization, Morgan & Morgan’s Toxics and Environmental Litigation Group can help you navigate through the situation and advocate for the compensation you deserve.

How Dangerous Is Lead Exposure?

According to the CDC, any lead found in drinking water is considered to be unsafe for human consumption. Lead is also especially dangerous for children, as exposure can cause cognitive issues, such as lowered IQ, difficulty paying attention in school, and overall academic underperformance. Many parents within Benton harbor are attempting to shield their children from the weight of the situation, but when they turn on the faucet and see that nothing comes out, it’s apparent that they’ll remember this unfortunate time for years to come. Not only that, but these parents also have to stand on long water distribution lines just to provide their children with safe drinking water, which has taken a toll on the community as a whole.

Prolonged lead exposure can be toxic for anyone, regardless of their age. Benton Harbor has provided its residents with bottled water in the interim of the crisis, but the process often requires people to pass up on the tasks they need to accomplish in order to bring home enough water for their families. Inspectors have continually conducted reviews of the city’s water quality over the years, but after three years of no improvement, it’s apparent that Benton Harbor needs some outside assistance in order to return to normal.

What Are the Symptoms of Lead Poisoning?

Lead poisoning is often difficult to detect until there’s a dangerous amount of the toxic chemical in your blood. However, there are some warning signs you should watch out for, such as:

In the most difficult moments of your life, Morgan & Morgan’s Toxic and Environmental Litigation Group has your back. The residents of Benton Harbor are waiting for Congress to approve the infrastructure and reconciliation bills that will provide them with the financial ability to escape from their situation. Until then, they’ll have to stay strong and continue going the extra mile for clean drinking water for their families. If you developed lead poisoning as a result of your toxic environment, our lead poisoning lawyers can help you advocate for the severity of your situation and pursue the compensation you’re entitled to.

Necrotizing enterocolitis (NEC) is a serious illness affecting newborns. The result of inflamed tissue in the large intestine, NEC damages and kills tissue in a baby’s colon. NEC can also cause a…