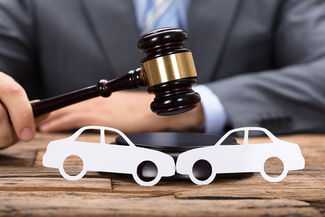 How to Calculate Your Car Accident Compensation Amount

How Do I Calculate How Much I’m Owed Following a Car Accident?

Although it is generally considered a smart decision to hire a car accident attorney following a crash, in minor collisions, you may feel that you can save on lawyer fees by handling the insurance claim yourself. If you choose to represent yourself, you will want to engage in ample research beforehand by consulting resources like this page and requesting a consultation on how best to proceed with your claim.

Read on to learn how insurance companies and lawyers calculate the value of a claim and the methods they use.

What information is needed to make a compensation estimate?

Typically, the compensation you're entitled to after a car accident is the sum total cost of your injuries and car repairs. When calculating the value of damage to your vehicle, important details that should be taken into account include the initial value of the automobile, its condition at the time of the accident, the depreciated amount, and the mileage. Additionally, when estimating the costs of repairs, one must look at the cost of the specific parts that need replacing, rather than providing an average figure for repairing rear-end damage, for example.

Injuries are far more difficult to calculate because unlike car parts or automobiles, there is no market price for a body part or type of injury. Furthermore, the effects of an injury vary from person to person. For instance, if there is a car accident involving a young athlete and a retired elderly woman, and the athlete loses a limb, they would experience far greater financial, emotional, and psychological pain and suffering than the elderly woman, who is no longer working. Whereas the athlete’s earning capacity will be greatly diminished and the course of their life will change, the grandmother will likely face fewer long-term consequences.

Once your lawyer has collected all of the necessary information, they will use a formula to evaluate your claim’s value, the most common being the multiplier method and the per diem method.

How do insurance adjusters determine the value of a claim or settlement offer?

Following an accident, the liable party's insurance company is required to pay the following costs:

In accidents where one isn’t claiming pain and suffering as a damage, it’s typically a matter of adding up the assorted medical and repair bills. However, in cases involving vehicle replacement and pain and suffering, the insurance company will provide additional compensation alongside the amount given to cover your medical bills, vehicle repairs or replacement, and lost wages.

What is the multiplier method?

For instance, if your medical bills following a car accident are $7,000 and your injuries led to $1,500 in lost wages, lawyers will often multiply the sum of the actual damages — $8,500 — by a figure that often falls somewhere between one and five, with three being the most common multiplier. In this case, the total damage amount would be $25,550.

The multiplier will generally increase or decrease depending on the severity of your injuries, any aggravating circumstances, and the amount of time you need to recover. Whereas a serious accident may merit a multiplier of three or four, the multiplier in a minor fender bender can be as low as one or two. Furthermore, the multiplier can be greater than five if aggravating circumstances are in play, such as the at-fault driver being intoxicated at the time of the accident. Conversely, if your behavior or negligence was a factor in the accident, your lawyer may use a lower multiplier to tabulate your pain and suffering amount.

What are the criticisms of the multiplier method?

Generally, there are two reasons people criticize the multiplier method. One criticism is focused on the argument of arbitrary multipliers, meaning that due to the fact that different attorneys use different multipliers, the results are often inconsistent. For example, one attorney may triple the special damages, while another might apply a multiplier of six, opening up a wide gap of variance between the two estimated sums. Additionally, the multiplier method can produce misleading results. For example, a drummer who injures their wrists in a car accident might have lower medical bills than an administrative assistant with a wrist injury that requires expensive surgery. However, the administrative assistant would likely be able to return to work after recovering from the surgery, while the drummer may suffer from severe emotional and psychological distress because they can no longer make a living playing music.

By simply looking at the cost of medical bills, the multiplier method can fail to account for more long-term costs and immaterial damage that will affect someone for the rest of their life.

What is the damage formula, and how does it work?

When negotiating a claim, the at-fault party’s insurance adjuster will determine the sum of all medical expenses resulting from the accident, which are known as medical special damages, or special damages. To determine the settlement offer amount for pain and suffering, emotional damages, and permanent disabilities (general damages), the adjuster will multiply the amount of special damages by roughly one and a half to three in situations where the injuries are minor. When the injuries are more severe and painful, the adjuster will multiply the amount by five or more in addition to lost income. In most settlements, that total becomes the starting point for negotiations.

Once the starting point for negotiations is established, additional facts about the accident and the injuries it caused will be revealed that will change the settlement amount. Since the multiplier can range from one and a half to five, there is a wide value range that can result from the damage formula.

As discussed above, any method used to calculate a settlement amount is imprecise because it requires far more information to determine an accurate estimate than car accident settlement calculators are capable of collecting. In addition, similar to criticisms about the arbitrary nature of the multiplier method, there is some distrust regarding car accident settlement calculators due to there being no common system in place to ensure that the amount estimated by one calculator will be anywhere close to the amount generated by a different one.

Ultimately, the accuracy of a car accident settlement calculator depends upon the information it allows you to provide, the information the calculator uses to estimate different kinds of damage, and its relative ability, or lack thereof, to take into account the many particulars associated with your case. So while it is not wise to take the amount generated by a calculator as a reliable source, they do help give you a ballpark figure from which you can narrow down to find a more accurate estimate.

What is the per diem method?

Another method some personal injury attorneys and insurers use to calculate pain and suffering damages is the per diem, or daily rate, method. Simply put, the per diem method involves generating a monetary amount that you receive every day or week that you suffer from your injuries after an accident.

Why hire a lawyer to determine what a car accident is worth?

As we covered in our section on the benefits of hiring a personal injury lawyer, such attorneys are specifically trained to calculate the maximum value of your claim using their professional experience and knowledge. Simply put, when hiring a car accident attorney, you are taking a great deal of the guesswork out of figuring out how much your claim is worth.