While police brutality is often talked about in a political sense, the issue is very real and extremely serious. Because police officers are expected to protect the public by confronting violent people, they are permitted to use deadly force if needed. Also, they can use physical force if the situation calls for it. Police brutality arises when a situation does not warrant deadly or physical force but such force is used regardless. If you have been a victim of police brutality, fill out a free case evaluation today.

When Is Physical or Deadly Force Considered Police Brutality?

Most officers are polite and do their jobs within the letter of the law. However, some officers, for a multitude of reasons, can take things too far. Police brutality is a violation of your constitutional rights. If you believe a police officer has overstepped their bounds during an incident with you, you may be able to sue the police officer and police department in civil court.

Elements of police brutality include:

Sometimes, your actions can help you avoid police brutality, but other times, a bad police officer is going to do what they want regardless of your actions. When dealing with law enforcement, the best thing you can do is comply with whatever the officer says while interacting with you. Contact a police brutality lawyer after the incident. 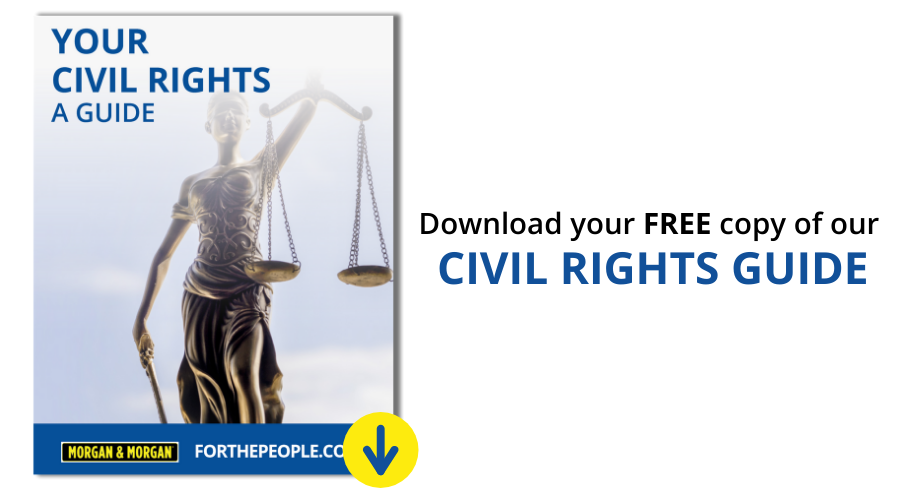 If you believe you have been abused by a police officer, having expert legal representation by your side is crucial. In some cases, the police officer may use excessive force and take you straight to jail. Document any injuries and everything that happened right away, if you’re able to. Take pictures of your injuries. They can be used against the officer in legal proceedings, so be sure to be thorough.

Make sure you get the names and contact information for anyone who saw the incident. Witnesses play a large role in police brutality cases. Also, seek medical attention as soon as possible. You’ll need medical personnel to document your injuries. Finally, call a police brutality lawyer as soon as you can.

Moreover, you should write down everything you can remember about the incident. Include why the police officer stopped you or came to your location and as much as you can remember of what happened and what was said. Try to pinpoint when the incident escalated, if it did. In some cases, such as fraudulent evidence, the situation may not have escalated to verbal and/or physical words and actions.

If you believe you have been a victim of police brutality, contact Morgan & Morgan as soon as possible. For more than 30 years, we’ve been fighting for the rights of victims across the country. Our proven track record, expertise, and reach ensures you’re getting the best possible service and results. With over 500 lawyers and 50 offices nationwide, we have the resources to provide you with the representation you deserve. Fill out a free case evaluation today.